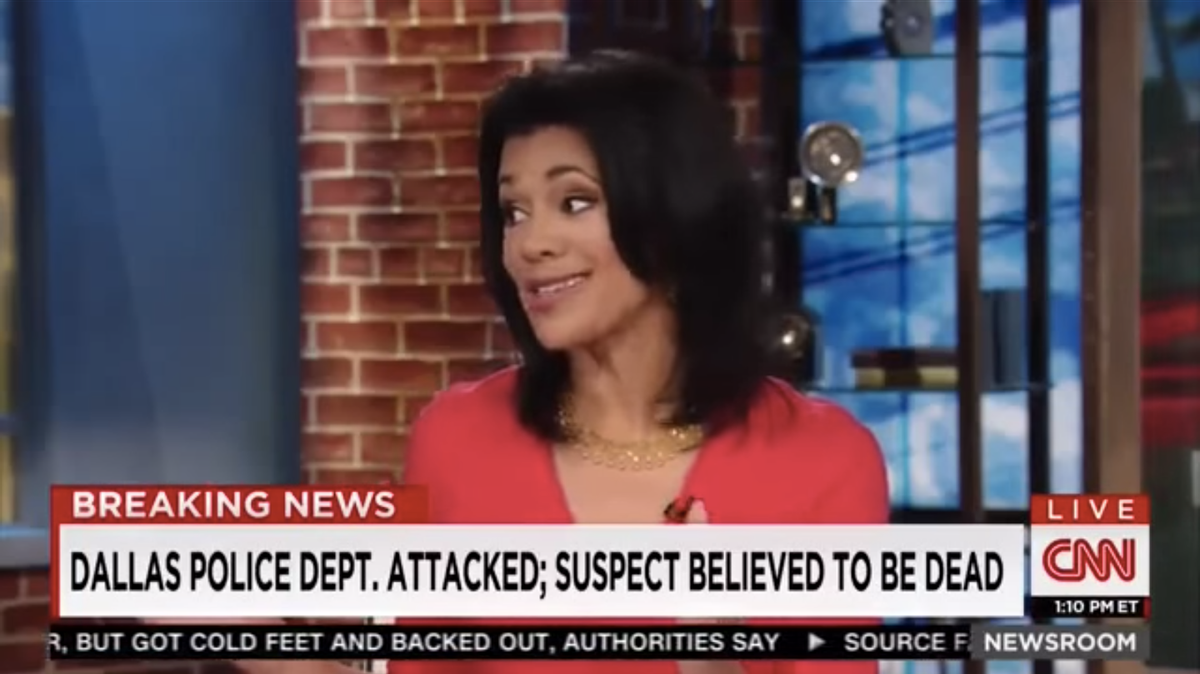 Early Saturday morning, a gunman opened fire on the Dallas Police Headquarters, riddling the station and patrol cars with bullets. There were no casualties, except for the gunman, identified as James Boulware, who was struck dead.

That day, CNN anchor Fredricka Whitfeld made a fairly odd mistake when discussing the incident with the network's legal analyst Philip Holloway.

"It was very courageous and brave, if not crazy as well, to open fire on the police headquarters, and now you have this scene, this standoff," Whitfeld said. "So you believe these are the hallmarks of more than one person's involvement."

Unsurprisingly, Whitfeld was swiftly criticized for her comments, which she apologized for on Sunday, saying she "misspoke, and in no way believe the gunman was courageous, nor brave."

According to ABC News, Boulware blamed police for taking his son away.

"We don't have a justice system in this country. We have a legal system, and there's a big different. And without a lawyer, he could not get justice," Boulware continued. "We all have a breaking point and they pushed him past it."

Watch the apology below: