Hillary lets Republicans have it: 6 takeaways from her first post-launch interview

Speaking with reporters in Iowa, Clinton offers more clues on the kind of campaign she'll run 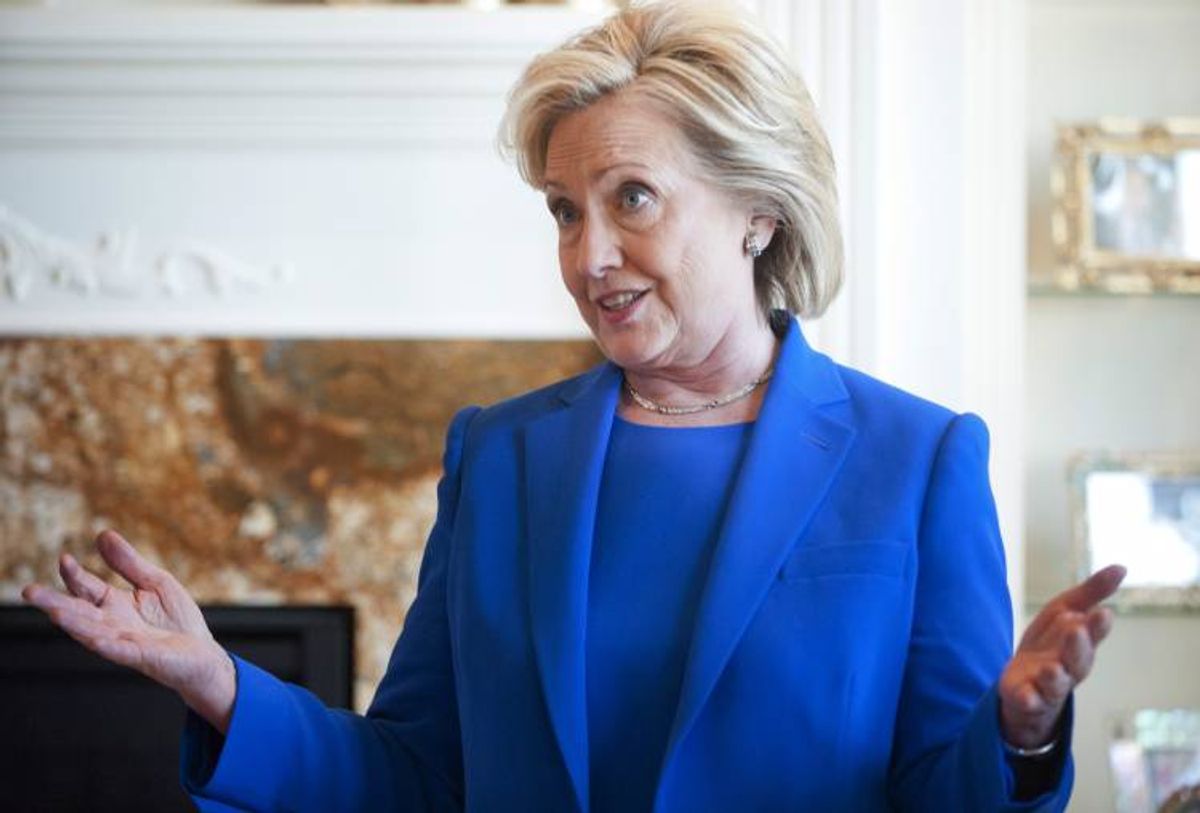 Clinton, who has frequented the state in recent months on a so-called "listening tour" with Iowa voters, made some news during the 20 minute-long interview. Here are some key takeaways:

1. She's promises to not turn her back on Barack Obama

After making clear her intentions to run as her own candidate and introduce her own unique policy proposals, Clinton promised to not run from the Obama record. "I'm also not going to turn my back on what has worked in having successful Democratic presidencies for the good of our country," Clinton said.

"It's not like I am saying, you know, Bill Clinton and Barack Obama are not going to influence how I see the world. I am a Democrat. I believe that our country was stronger, more inclusive, produced more jobs with more rising incomes with two Democratic presidents who both inherited the problems of their Republican predecessors."

The candidate pushed hard against "those who want to turn the clock back" and "go back to the failed economic policies of the past."

3. She sides with Nancy Pelosi over Obama on Trans-Pacific Partnership trade agreement

Clinton told Radio Iowa that “any trade agreement is going to be fraught with all sorts of problems,” adding that "in today’s world it is a very hard road to manage any trade agreement, especially with so many parties."

Earlier, Clinton told a rally of 700 in Iowa that she supported House Speaker Nancy Pelosi's opposition to the free trade deal negotiated by the White House and once championed by Clinton herself as secretary of state, insisting that the U.S. should "make sure we get the best, strongest deal possible. And if we don't get it, there should be no deal."

"I think what Nancy Pelosi said on the floor when she voted to essentially stop it is the right approach to take," Clinton said, adding that President Obama should use the opportunity to "persuade the persuadable" and "take the lemons and turn them into lemonade."

4. "Veep" helped America warm a to a woman President. Clinton thanked Julia Louis-Dreyfus' "Veep" and Tea Leoni's "Madam Secretary" with cultivating an "eagerness" towards "the idea of a woman president."

"A lot of different cultural references, which I find both fascinating and kind of reinforcing, because it does take a leap of faith of imagination for people to envision a woman in the Oval Office, and oftentimes culture, entertainment is ahead of the political system in lots of ways," she said.

5. “I will have to do a better job of explaining my record" on Wall Street.

Clinton admitted that her record as Senator of New York will need to be clarified and promised to outline specific Wall Street reforms "that will address the continuing risks" from Wall Street banks to reassure skeptics.

The former first lady, senator, and secretary of state laughed off her legions of haters, saying, "I think that a lot the political heat that is directed at me is kind of a strange form of respect and even flattery, you know, because if they weren't so concerned about me they'd leave me alone but they get up everyday worried that the case I'm making will break through and the facts that I am making the case based on will be understood by enough people that we not only will have a successful campaign but an agenda on which to govern."