John Oliver and Helen Mirren debunk U.S. torture practices: "The reason so many of us believe that torture works is that it does—on TV" 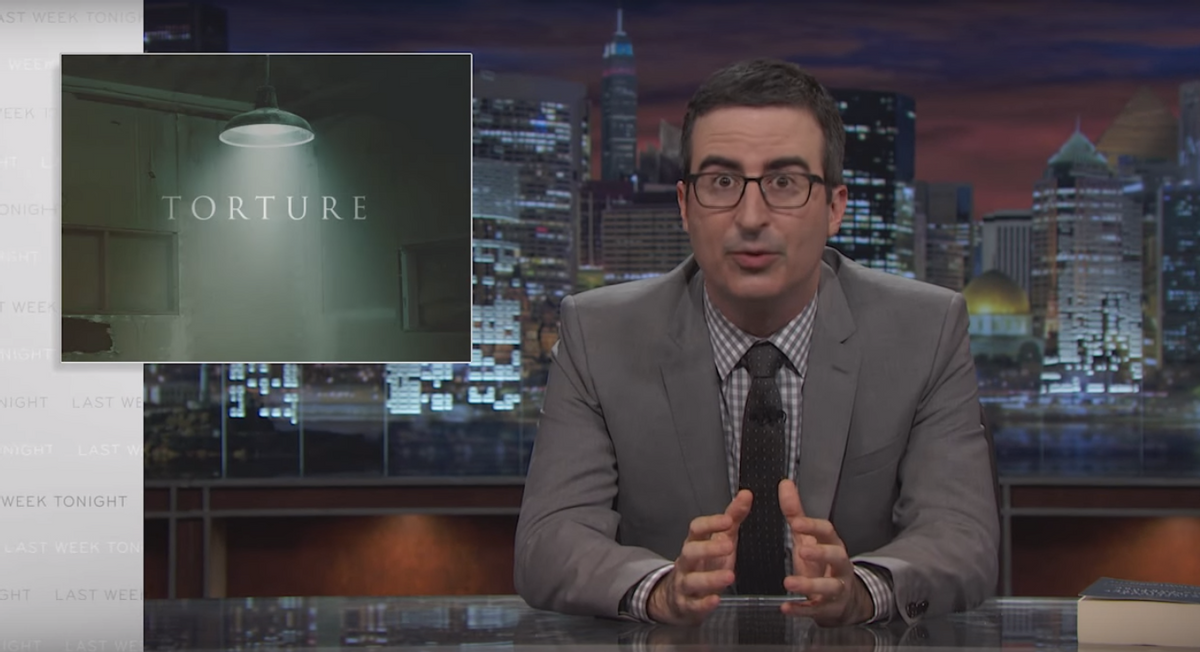 "Last Week Tonight" host John Oliver says that Americans have been "dangerously misinformed" about the U.S.' torture practices and encouraged everyone to read the condensed 500-page report the Senate Intelligence Committee made available to the public at the tail-end of last year.

Oliver said on Sunday's program that a large majority of Americans still believe that torture is an effective method of combating terrorism. What's worse, the practices are currently only being restrained by executive powers and could be disregarded in 2016 with a new president at the helm.

The "Last Week Tonight" host went on to compare U.S. torture to the show "24" and enlisted the help of Dame Helen Mirren to read some excerpts -- including one about forced rectal feeding -- from the public report: "Majid Khan’s ‘lunch tray’ consisting of hummus, pasta with sauce, nuts, and raisins was ‘pureed’ and rectally infused.”