"Bottom line: The black community is better off because of her efforts" 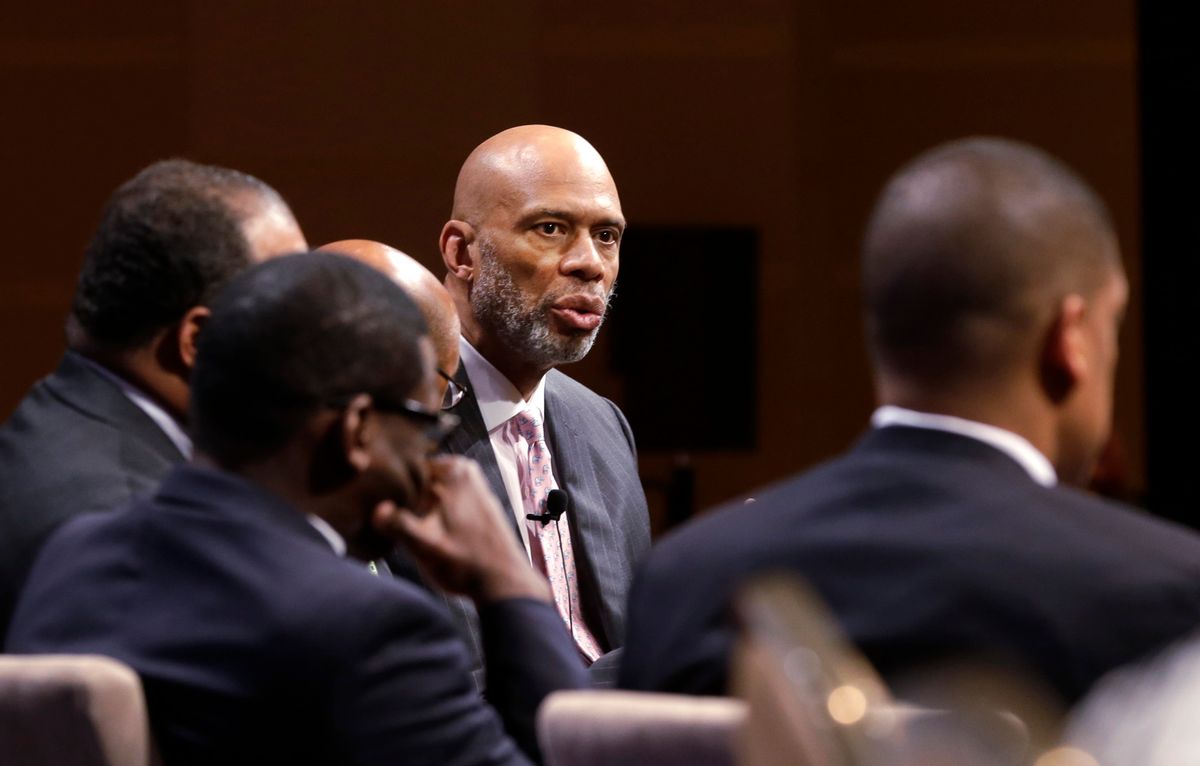 In an essay published Monday afternoon on Time, retired basketball star, author and activist Kareem Abdul-Jabbar humorously weighed in on the scandal surrounding former NAACP chapter president Rachel Dolezar, who misrepresented herself as black for her entire career.

He began with a confession: "Although I’ve been claiming to be 7’2” for many decades, the truth is that I’m 5’8”. And that’s when I first get out of bed in the morning. Just goes to show, you tell a lie often enough and people believe you."

Abdul-Jabbar then spoke to Dolezar's fierce commitment to fighting on behalf of black people.

"You can't deny that Dolezal has proven herself a fierce and unrelenting champion for African-Americans politically and culturally," he wrote. "Whatever the reason, she has been fighting the fight for several years and seemingly doing a first-rate job... Bottom line: The black community is better off because of her efforts."

...the fight for equality is too important to all Americans to lose someone as passionate as she is and who has accomplished as much as she has. This seems more a case of her standing up and saying, “I am Spartacus!” rather than a conspiracy to defraud. Let’s give her a Bill Clinton Get Out of Jail Free card on this one (#Ididnothavesex) and let her get back to doing what she clearly does exceptionally well—making America more American.