If animals are working together, we may not be in charge much longer 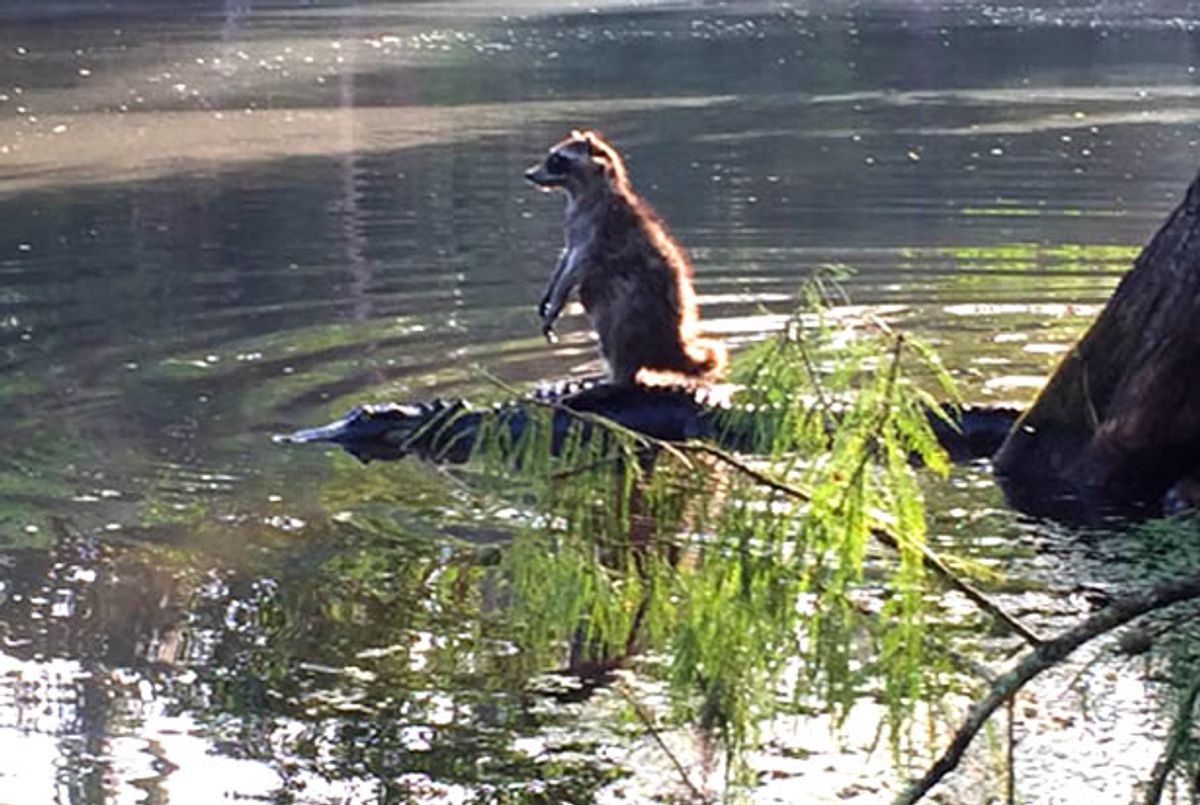 Not since Harold and Kumar rode a cheetah to White Castle has the world born witness to a pairing quite as unlikely as the one a Florida man captured on video this weekend.

Richard Jones told WFTV that he was on a family outing on the Oklawaha River when his son spotted an alligator.

He walked through some palm fronds in order to get a picture of the beast, and must have startled the raccoon, which darted into the water and onto the alligator's back.

Watch the video via WPTV below.