Rachel Dolezal's parents: "We taught our children to tell the truth so we weren't going to lie--we told the truth" 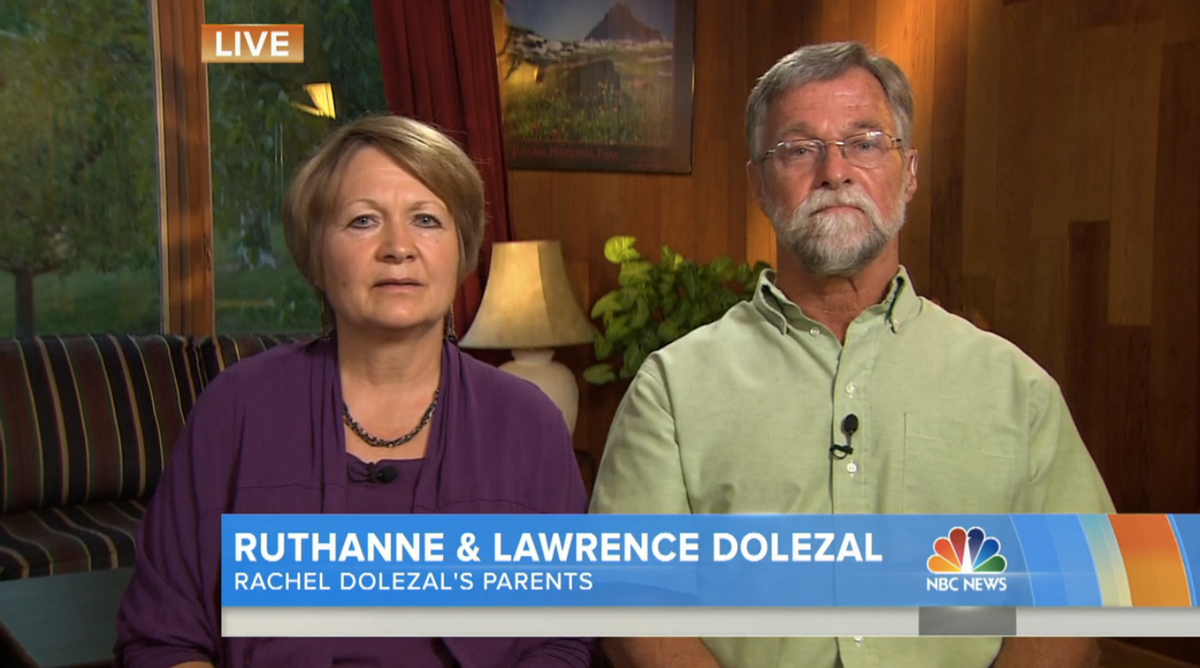 On Monday, TODAY’s Savannah Guthrie snagged an exclusive interview with Ruthanne and Lawrence Dolezal, the parents of Rachel Dolezal. Guthrie attempted to put to rest a few of the lingering questions we have about Rachel, the leader of the NAACP Spokane chapter who came under fire last week after being outed as white.

Ruthanne and Lawrence told Guthrie that they believed their daughter had constructed her new, black identity as a way to hurt them, before going on to explain that they were compelled to spill the truth -- not get some extra publicity -- when the Coeur d'Alene Press approached them for "some investigative reporting."

"We taught our children, as we raised all 6 of them, 'Tell the truth. Always be honest.' So we weren't going to lie, we told the truth," Ruthanne said. "Rachel is our birth daughter."

The two also debunked several public claims Rachel has made over the years, including that "she was born in a teepee and grew up hunting for food with a bow and arrow."

The Spokane, Washington chapter of the NAACP was scheduled to meet with Rachel Dolezal on Monday, but that meeting has been postponed.