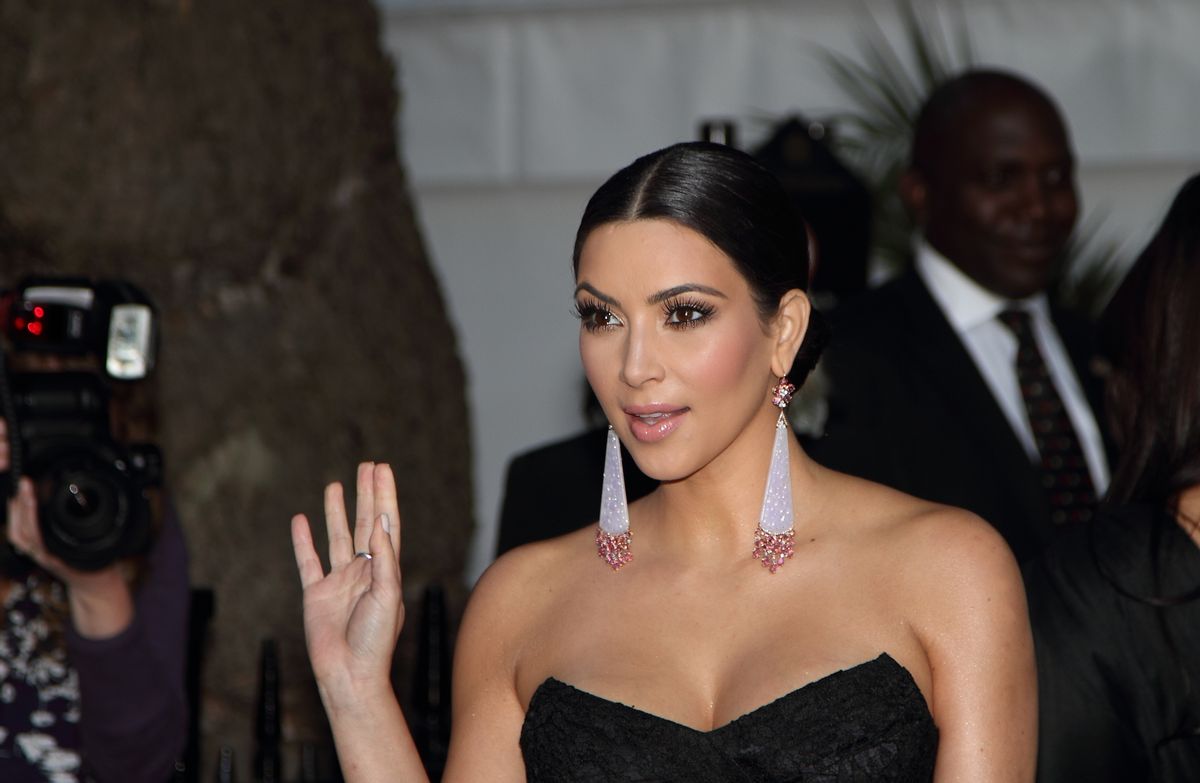 Kim Kardashian, noted scholar of Breaking the Internet and selfie-taking, just added one more area of expertise to her rapidly growing resume: Kim Jong Un -- her celebrity rival, who "dominates TMZ on the other side of the DMZ."

Kardashian made a surprise appearance Saturday on NPR's weekly radio quiz show, Wait Wait...Don't Tell Me, and managed to charm the hell out of everyone. Even as she bounced from one unrelatable topic to the next -- from naming her children after directions to renting out the Staples Center for her husband, Kanye.

After confirming her pregnancy and saying that she'd prefer to keep the sex secret for the time being, Kim K. went on to say that she's tired of people "cleverly" remarking that she should name the child "South," and not just because of the implied favoritism it would create with another one already named North at home. It's just a stale joke, she suggested.

Later, when explaining what it was like to take selfies with a bunch of professional NBA athletes at Staples she likened it to taking a picture with a selfie stick.

Listen to the clip courtesy of NPR below: