Pope Francis is speaking out on the need for climate action, and deniers are getting nervous 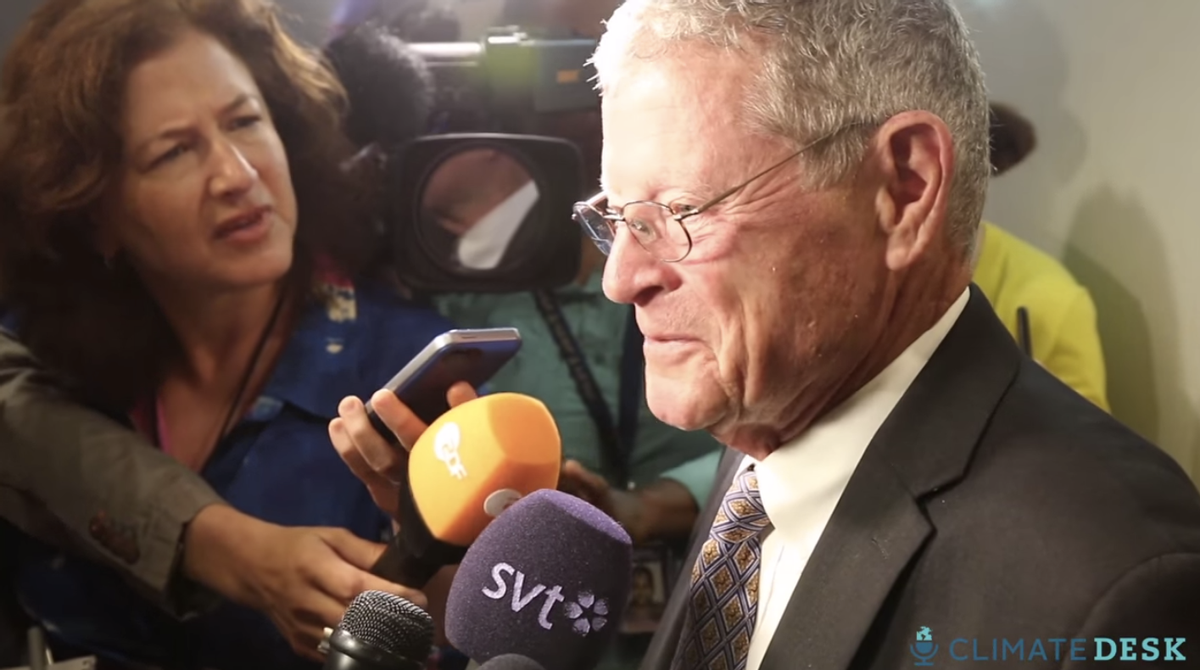 Care to take a guess about what America's most prominent climate deniers think about Pope Francis' forthcoming encyclical on global warming?

Guardian reporter Suzanne Goldenberg attended the Heartland Institute's annual climate change conference to find out for herself. And, as you might have guessed, they're no fans of the Holy Father. "Ill-informed,"  "seriously, terribly misinformed," and "irrelevant" were phrases thrown around by the conference attendees interviewed by Goldenberg, a mishmash of retired bond traders, retired engineers, directors of Koch-funded think thanks, spin doctors, anti-science bloggers and one conspiracy-minded U.S. Senator.

The pope's activism, these stalwarts explain, is "ill-judged," a result, perhaps, of his being "inundated with Green advisers," by whom he is "horribly ill-served." Pope Francis, it appears, is confused about how to lift people out of poverty and just "way, way out of line."

The kind of people who attend a conference aimed at dismantling climate science, it's important to remember, are a unique breed of determined. Smug in their certainty that they and only they can see through the "lies" being perpetrated by 97 percent of climate scientists, bolstered by fossil fuel money and willing to withstand innumerable take-downs (at times, it even seems, relishing them), it was never likely that anyone, even the Pope, was suddenly going to cause them to reconsider.

But climate deniers, especially the type who espouse their ideas so vehemently, are a tiny minority, and it's safe to say they are not the Pope's intended audience. The hope, rather, is that a strong, persuasive call for climate action based in Catholic theology and morality ("if we destroy Creation, Creation will destroy us," the pope has warned)  could be a "game-changer" for evangelicals caught up in right-wing ideology, with cascading effects on other realms as well: already, a broad coalition of Rabbis have issued a letter of their own calling for a “new sense of eco-social justice.”