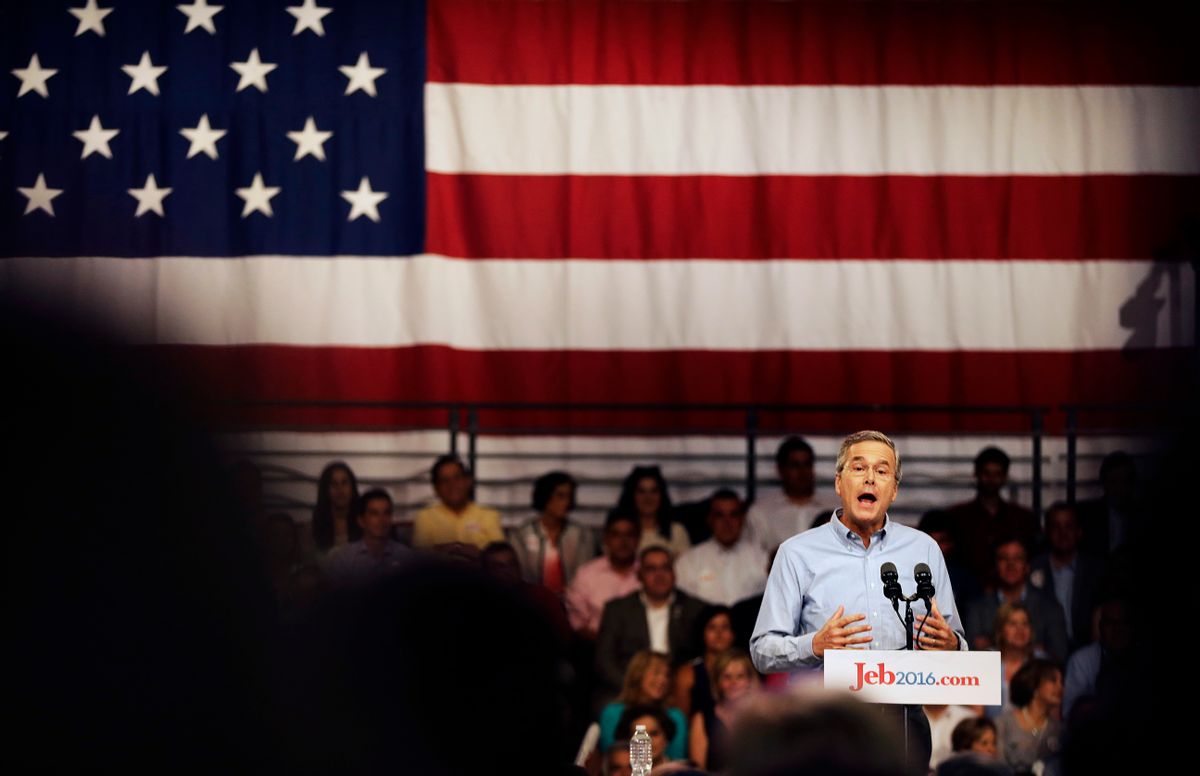 It's unclear whether al-Qaida-linked commander Mokhtar Belmokhtar was among the militants said to have been killed in the bombing on a farm 530 miles from Tripoli.

3. WHY MINN. ARCHBISHOP WAS COMPELLED TO RESIGN

John Nienstedt steps down as the archdiocese seeks bankruptcy protection in the face of clergy sex-abuse claims.

4. COURT: WORKERS CAN BE FIRED FOR USING POT OFF-DUTY

The Colorado Supreme Court rules that a medical marijuana patient who was fired after failing a drug test cannot get his job back, although pot is legal in the state.

Known as MIDAS, the system is described on a federal website as the "perpetual central repository" for information collected under President Barack Obama's health care law.

6. WHO QUITS AMID FUROR OVER RACIAL IDENTITY

Rachel Dolezal resigns as president of the NAACP's Spokane, Wash. chapter after her parents say she is a white woman posing as black.

Shark researcher George Burgess says he's aware of only two other multiple shark attacks on the same beach in one day.

Dallas streets and highways that were closed by floodwaters over the Memorial Day weekend are expected to be shut down again in anticipation of a new round of heavy rain.

And the clothing retailer plans to cut 250 jobs at its headquarters in an attempt to strengthen its struggling brand.

10. MICROSOFT: OLDER XBOX 360 GAMES WILL WORK ON NEW XBOX ONE

By adding backward compatibility to select games like "Mass Effect," Microsoft hopes gamers can ditch their old consoles for the newer one.