Jon Stewart is at a loss for words over Rachel Dolezal: "Whaaaaaaaaat?"

Stewart finally had the chance to weigh in on Dolezal Monday night. For once, he was tongue-tied 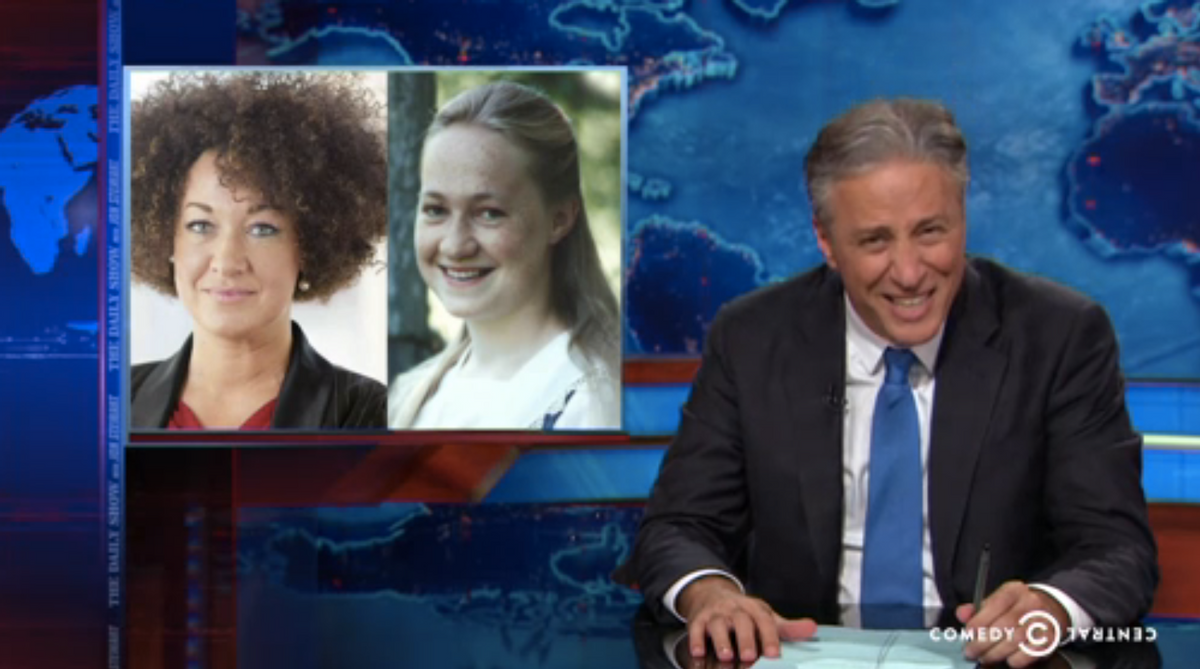 Jon Stewart was finally able to weigh in on Rachel Dolezal, the white NAACP leader who has been portraying herself as a black woman for 10 years, on Monday night. The only words the "Daily Show" host was basically able to articulate, though, were variations of "whaaaaaaaaat?"

After rolling a clip of the latest in Dolezal news, Stewart said he was shocked to learn that Spokane even had an NAACP chapter.

Stewart said he was also shocked that Dolezal was not just a white woman, but a woman of Czech, Swedish and German descent. "[That's] really f*cking white,” he said. “Even Powder is like, ‘That’s one white lady.'”

The "Daily Show" host decided to check in on Fox News to see how it was handling the developing story, and to no one's surprise -- certainly not Stewart's -- Fox was using the story to accuse liberals of exaggerating how rampant racism is in America.

“You might also ask, perhaps more appropriately, if being black is such a sweet deal, why are millions of white people ignoring such a sweet opportunity?” Stewart said. “How do you make all these sweeping generalizations about it, anyway? One lady in Washington state’s second-largest city pretending to be black ”