Apatow is returning to his roots with a seven-city, eight-night stand-up tour and had some advice to share 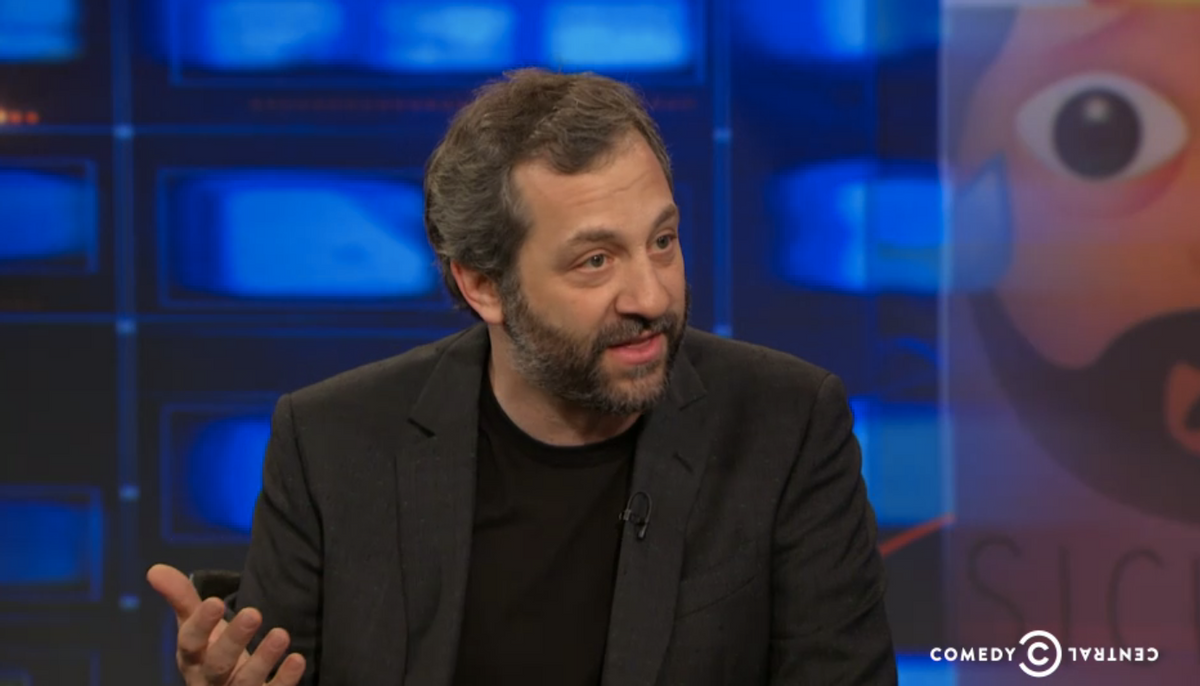 Writer-director Judd Apatow stopped by "The Daily Show" Monday night to discuss his new book  "Sick in the Head," a collection of conversations with comedians spanning the last 30 years. At just fifteen, Apatow was "faking it 'til he was making it," snagging interviews with the likes of Jerry Seinfeld and Jay Leno by pretending to be affiliated with a legitimate radio station.

Apatow is also in the middle of The Trainwreck Comedy Tour, a seven-city, eight-night tour featuring comics from the forthcoming film "Trainwreck." It's been some time since Apatow returned to the world of stand-up and had some sage wisdom to offer Stewart who, just like Apatow, is considering returning to his roots.

"For you it's important to get out there. But you gotta be careful," Apatow said. "You don't want to be the guy who goes out there and does a show that's just gigantic and then you just do stand-up and hang out at your house. Because that's made everyone go crazy except Cosby."