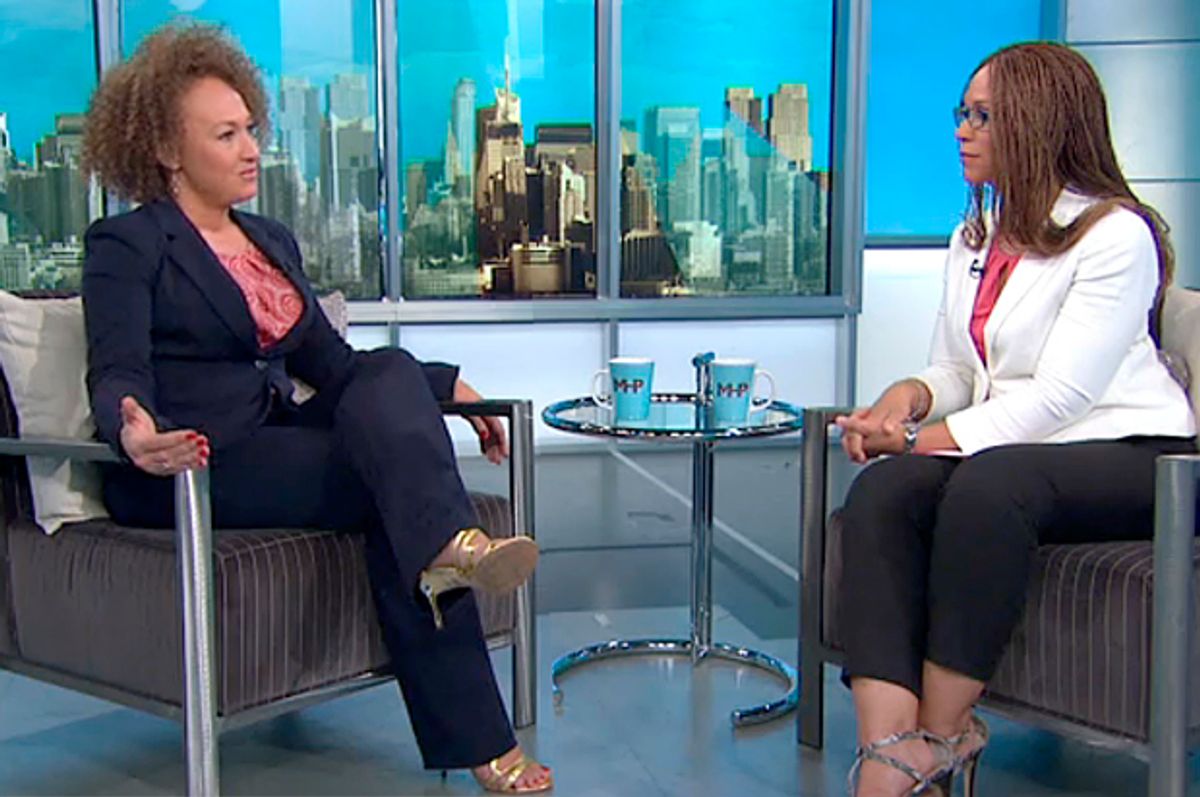 On Tuesday morning, Rachel Dolezal, the former NAACP chapter president, sat down with MSNBC's Melissa Harris-Perry to discuss why she felt compelled to identify as a black person for 10 years.

Harris-Perry led into the interview telling Dolezal that her own mother, a caucasian woman, lived in Spokane and raised black children but never felt that she, herself, was black.

Dolezal attempted to distinguish the two experiences, telling Harris-Perry that she "felt very isolated" and "awkward" with her identity for virtually her whole life.

"I didn't have the personal agency to express it," she went on to say. "I didn't expect it to be thrust on me right now."

A tearful Dolezal later said that it's been hard to "be there for herself" and find the courage the last few days.

"Are you a con artist?" Harris-Perry asked Dolezal.

"I don't think so, you know?" replied Dolezal. "I don't think that anything that I have done with regards to the movement and my work, my life and my identity. It's all been very thoughtful and careful."

Watch previews of that interview below: