The president was packing heat: Reagan always carried a gun after assassination attempt

"In case someone comes after me, I want to be prepared," Reagan allegedly said 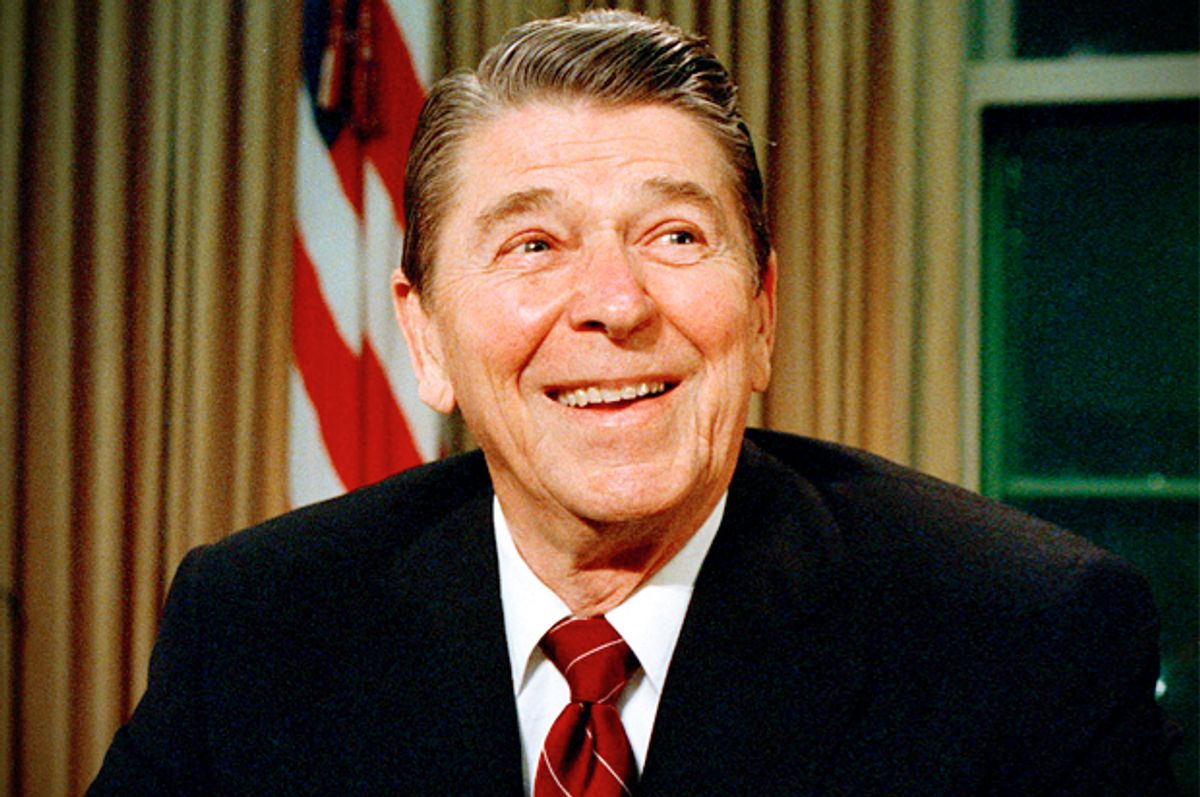 According to Brad Meltzer, while researching his new book "The President's Shadow," he made what he called an "incredible revelation," MYFOXNY reports.

After John Hinkley, Jr.'s failed assassination attempt on March 30, 1981 -- only 69 days into his presidency -- Ronald Reagan began carrying his own gun with him everywhere he went.

"In case someone comes after me, I want to be prepared," Reagan allegedly said. Meltzer noted that "he carried it in his briefcase, even when he went on Air Force One."

He contacted former President George H.W. Bush to ask him about it, but Bush replied that he had no idea, and implored Meltzer to "tell me more about that."

According to Meltzer, Reagan explained his decision to carry a concealed weapon by saying that "I trust these [Secret Service] people around me, but if someone comes at me again, I want to be prepared."

Meltzer also noted that Reagan's gun is far different from what the current president carries. "President Barack Obama, he only carries his Blackberry and the nick-nacks given to him," he said.