Whoopi Goldberg's egregious Caitlyn Jenner comparison: I have to believe she feels the same way as Rachel Dolezal 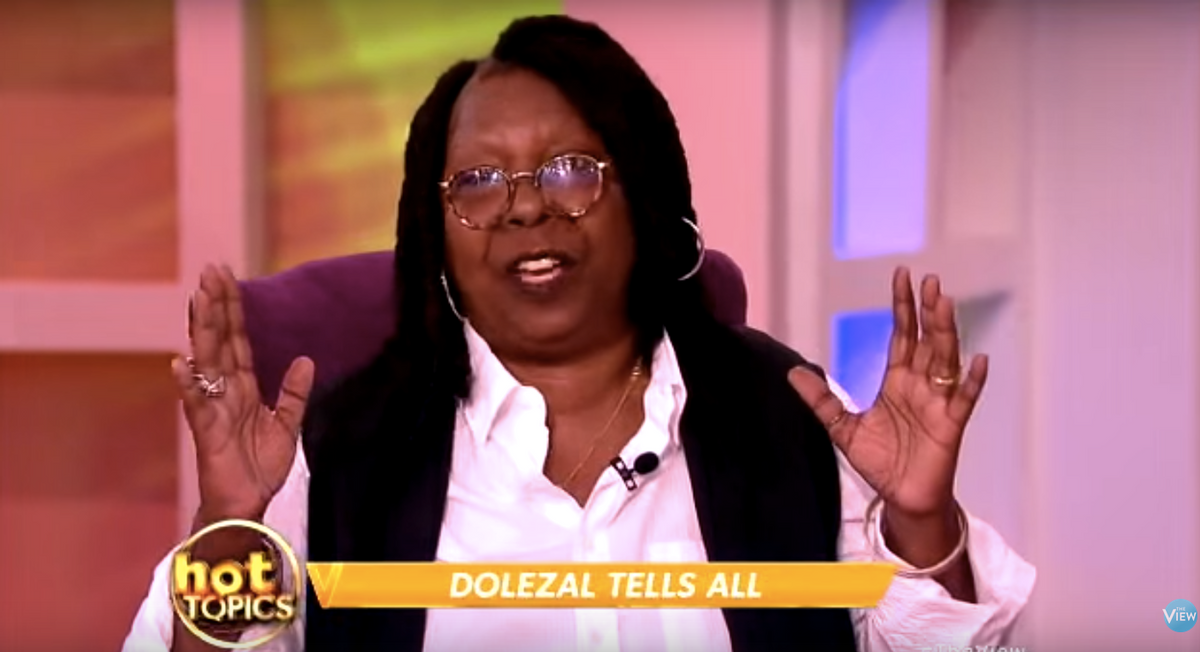 Whoopi Goldberg (The View on ABC)
--

With Rachel Dolezal, the embattled NAACP chapter president, taking off on her apologia tour, "The View" crew had even more material to unpack on Tuesday's program. Recent Dolezal revelations also provided ample opportunity for veteran Whoopi Goldberg and newly-minted co-host Raven-Symoné to rattle off some of their inevitably face-palm inducing comments including one, conflating the Doleza controversy with Caitlyn Jenner.

“I have to believe she feels the way she feels just like Caitlyn Jenner feels like she’s a woman,” Goldberg said. “I don’t feel she’s doing anything anyone else hasn’t done. If someone feels that they’re this, they have every right to pursue it"

As the co-hosts broke out in murmured disagreement, Goldberg added, "I'm telling you what I think! This is how I feel."

Goldberg also went on to remind people that the NAACP was founded by people of all races -- not just black people. “There’s nothing saying you have to be black to be the head of the NAACP — that’s what we’ve put on it,” she said.

Raven-Symoné who, earlier this year was quoted saying she's from "every continent in Africa and Europe," jumped in to support Goldberg's hard stance, though it was difficult to tell what she was arguing for as she tripped over her own PC language: "We've had to have these conversations with transgender and other socially ... I mean, identity ... social, um, imbalances," she said at one point.