How about a hamburger? Who doesn't love those? 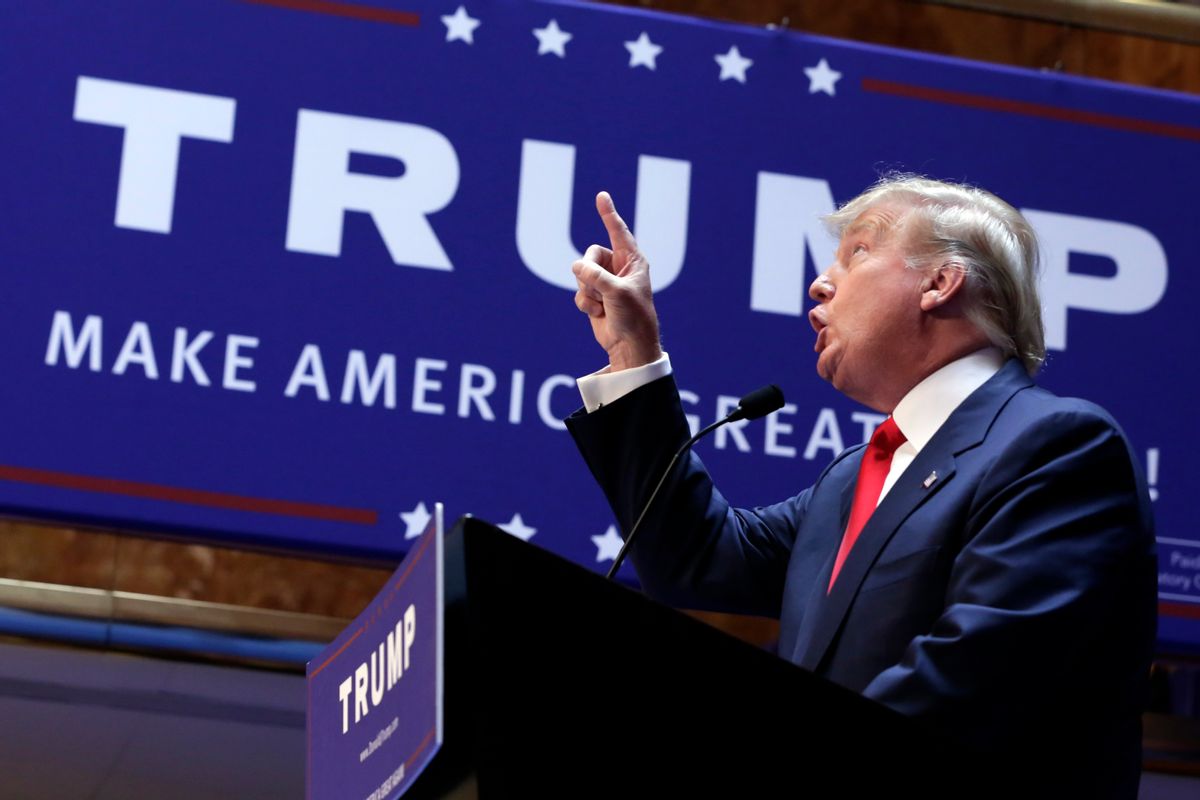 Developer Donald Trump gestures as he announces that he seek the Republican nomination for president, Tuesday, June 16, 2015, in the lobby of Trump Tower in New York. (AP/Richard Drew)
--

In an interview with ABC News' George Stephanopoulos on Tuesday evening, Donald Trump, the latest 2016 GOP presidential candidate, said he would "love" to have Oprah as his vice president.

"I think Oprah would be great," he said. "I think we'd win easily, actually."

"She's great, she's talented, she's a friend of mine," he continued. "I like Oprah. I mean, is that supposed to be a bad thing? I don't think so."

That said, Trump isn't wrong -- Oprah provides a very important likeability factor that Trump sorely lacks. Here are some more vice president candidates Trump might consider that could legitimize his claim to the most powerful seat in the land.

He is dead, but his memory is fairly pristine.

This lady is obviously going to win whatever race she is competing in.

That guy could tell me to vote for a stapler and I would do it.

He has the ear of the American people.

This pairing would really make the voters think.

This would be good for photo opps.

People go ape-shit over this guy.

For the female vote.