Adam Carolla blasts the "narcissism" of political correctness: "These idiots have ... silenced the comedians, the truth-tellers"

Salon talks to the comedian and author of "Daddy, Stop Talking! & Other Things My Kids Want But Won't Be Getting" 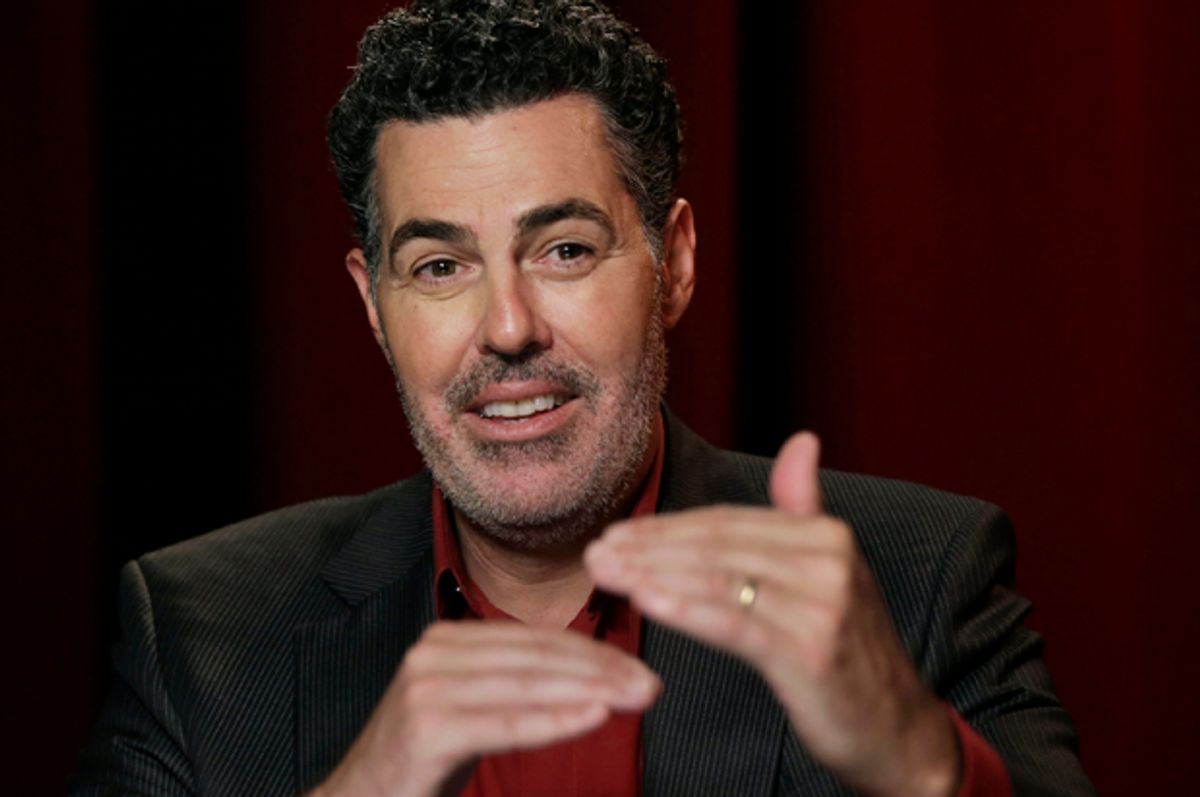 Anyone who’s ever been stuck in traffic from Orange County to Los Angeles during rush hour will understand why comedian Adam Carolla was in a grumpier and rantier mood than usual the other day. Carolla, famous for “Loveline,” “The Man Show,” “Catch a Contractor” and his insanely popular podcast, also has a new book. “Daddy, Stop Talking! & Other Things My Kids Want But Won’t Be Getting.” Carolla’s book will not be given at baby showers or placed on the same shelf as celebratory parenting manuals. In fact, if every young person in America reads this book, birth rates are likely to plummet.

We spoke to Carolla about the perils of fatherhood, what he sees in a new wave of political correctness, and comedy in general.

The culture of fatherhood – the expectations, especially – seems to have changed a lot since we were kids in the ‘70s. How do you see that working out in your own life?

I mean, maybe we haven’t evolved as much as we’d like to think we’ve evolved. Everybody gets caught with some joke on Twitter, or God forbid some dad missed a soccer tournament that took place midweek, midday, when he’s supposed to be at work.

I’m just saying, I’m good enough to provide for the family, and I’m not gonna put any cigarettes out on the kids …  I’m going to be there when I can, but I’m also going to be at work a lot of the time, so I’m not gonna be there. But the good news is, the house you have is because I go to work. Please factor that in.

You write, early in the book: “This is the worst period in history to be a dad.” What do you mean by that?

Well, I think there was a tradeoff which was, your wife didn’t work, and if you worked, you’d go out and work all day, and bust your butt. But when you got home, there’d be some pot roast waiting for you. And everyone would seem to appreciate the lifestyle you provide for them. And now the lifestyle is sort of taken for granted.

I believe it has to do with money being invisible now, and everything being in the form of a debit card, direct deposit … No cash changes hands anymore. Remember when you asked your dad for money? Nobody asks me for money anymore – they just take it.

One of the big differences between being a kid today, especially in big cities like New York and L.A. is how pampered kids are now, even middle-class kids. What are the consequences of that? What does that do to people?

It’s a horrible joke we perpetrated upon the people we’re spoiling. It’s not their fault that they don’t appreciate it – my kid, two years ago, got an air hockey game. They set it up, played it one time, and then it sat out in the sun and basically warped until I got disgusted and said, “We’re either throwing it away or giving it to the church.”

If you’d given me an air hockey game when I was 7 or 8, I would have played it until the skin came off my left hand and then I would have switched to my right hand. They have 5,000 other games to play – what do they care?

Let’s talk about comedy. There are more social issues and politics in comedy than there were even a decade ago. Is that opening comedy up or confining it?

It’s funny, I made a comment on “Loveline,” I think in 1998, that Bruce Jenner was turning into a woman, so I think I get credit for that.

What all these idiots have done is basically shut up and silenced the comedians, and not just the comedians, the truth-tellers – the people who’ve given their commentary, no matter how distasteful, on society. I mean, my God! You can’t take a guy who was on a Wheaties box, as the greatest athlete in the world, and have them undergo genital reassignment surgery, or at least a sex change – I don’t even know what to call it anymore – and expect the nation’s comedians to be silent?

But listen, all the folks at the Huffington Post, and all the do-gooders out there, got their wish – everyone is shutting the f-ck up. Great! We can live in a world of silence, where all the comedians do is shrug their shoulders and say, “I wish the best to her.”

Where do you think this new wave of political correctness, as Jerry Seinfeld and others call it, came from? Did it just come out of nowhere?

Is is important for a comedian to be able to shock and appall and offend people – is that built into the M.O. of what a comedian does?

I really believe it depends on what kind of humor you like? There are a lot of different kinds of comedians; there’s a different sport for every athlete. I look at comedy as a bit like sports. I don’t think it’s important for the guys on the blue collar to be doing socially conscious comedy. I don’t think it’s important for Steven Wright to do social commentary … It kinda depends who you are.

I think society can exist without comedians and their commentary, but I don’t know why we’re trying to silence comedians, of all people. As I was yelling at a guy from Huffington Post once: Any genocide, anything going on in Nazi Germany or Rwanda … was that every started by a comedian? Has anyone ever acted on a comedian’s joke?

Why blame comedians for all the bad stuff in society?

There’s plenty of blame to go around, but comedians making jokes about Caitlyn Jenner’s junk is not gonna hurt anything, and not gonna solve anything. I have no idea we’ve decided that this is job No. 1. But again, it’s not because people care – they don’t care about any of it – they just want to be heroes.

There seems to be a lot more women in comedy, with the rise of Tina Fey and Amy Schumer. How has that changed the game?

I think comedy is this pie that can get as deep as you want to get – I don’t think you have to make thinner pieces because newer voices are showing up. Comedy begets comedy and more comedy. It’s not like, Amy Schumer is doing 10 minutes, so I can only do 10 minutes of my 20-minute act. It’s pretty infinite, and I look at it like anything else in our society. If you’re good, we’ll do fine.

For me, I think doing a live podcast, being with another comedian and jamming – it’s so new, it didn’t formally exist … I like the idea of doing the free-form comedy jam, I’ve had a lot of fun doing that over the last few years.

When you’re with another comedian, or onstage at the Wiltern or whatever, it must be a lot of fun. When you’re writing a book, you’ve alone in a room with the door closed – is that something you enjoy or is it like a personal torture chamber?

Well, I don’t put anything that doesn’t have to do with cars or buildings under “fun.” It’s all work to me. Stand-up’s work, podcasts are work, documentaries, movies, whatever I’m doing – writing a book – it’s work. I’m driving back from Orange, California, a good 55 miles where I work in Glendale … Let’s put it this way – my foot is off the gas pedal, and the idle is propelling the car along faster than the traffic will allow ... I don’t know which part of this is “fun.” It’s better than swinging a hammer or cleaning carpets or other jobs I’ve had. But it all ends up being work at the end of the day. The key is if you mix it up, do enough different things, so you don’t have the monotony.

Everyone always say, what’s your favorite thing to do, and I say, “Whatever I’m not doing now.”