"Broad City" stars: “We’re being praised for having a strong female friendship — why is this not the norm?” 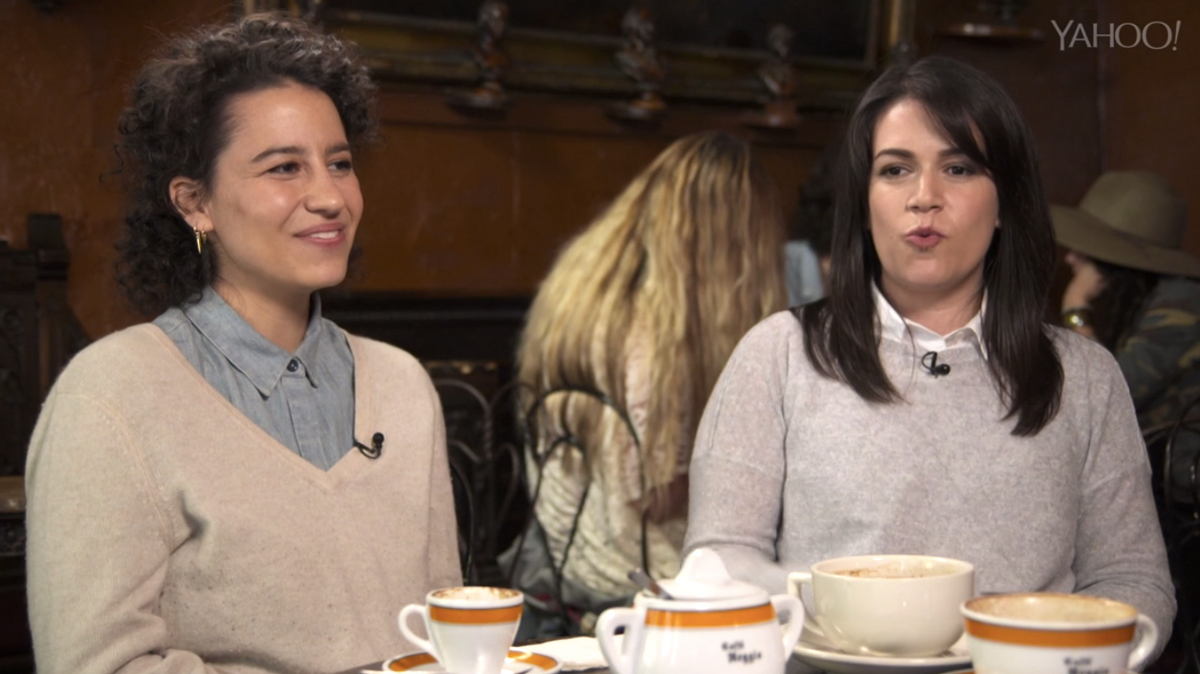 "Broad City" stars Ilana Glazer and Abbi Jacobson recently went for a stroll through New York's West Village with Yahoo global news anchor Katie Couric, discussing their explosive success, more humble beginnings -- and, also, how stupid it is to be praised for having a "strong female friendship."

Sitting down for a cappuccino at Caffe Reggio, Glazer explained, “Less often we see women with this platform to have their voice, but I think there’s something to being an imperfect role model because it’s like women do things that we can emulate, but also they can mess up.”

Jacobson added: “The show’s being praised for having a strong female friendship. And it’s like, that should be everywhere… why is this not the norm? It’s kind of ridiculous.”

Watch the conversation below, which also features the duo's most recent micro-impressions, including Alanis, Miley and Drew Barrymore. (Remember those?)