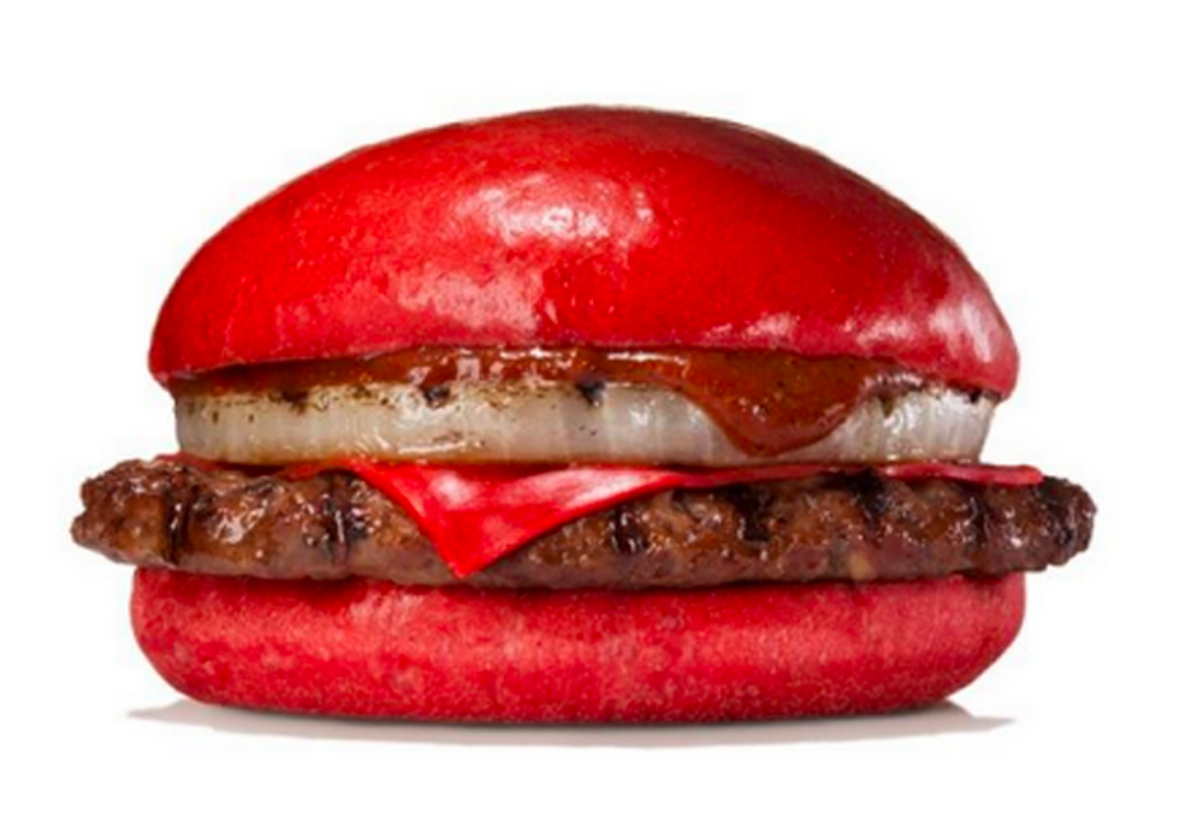 Last year, Burger King Japan released a pitch-black cheeseburger, which my colleague Lindsay Abrams speculated had something to do with red meat's connection with climate change. If Abrams was right, I'm not totally sure what BK is trying to say with it's new bright red burger, except that the chain is very, very angry.

Called the “Aka Burger” (“aka” or 赤 means “red”), it comes in two types: Aka Samurai Beef and Aka Samurai Chicken. (Yes, Burger King Japan calls the chicken sandwich a burger, too.)

Both are served on red buns and filled with red cheese and red tomatoes. The burgers are slathered in a spicy sauce made from chili peppers and chili paste. Burger King Japan is calling this an “ANGRY sauce” (their caps, not mine).

These little rage burgers (crazy that "little rage burger" is my nickname) go on sale on July 3, with the beef burger costing 690 yen (around $5.50) and the chicken at 540 yen ($4.35). The chain also announced it has improved the black burger and this year's version will include deep fried eggplant.