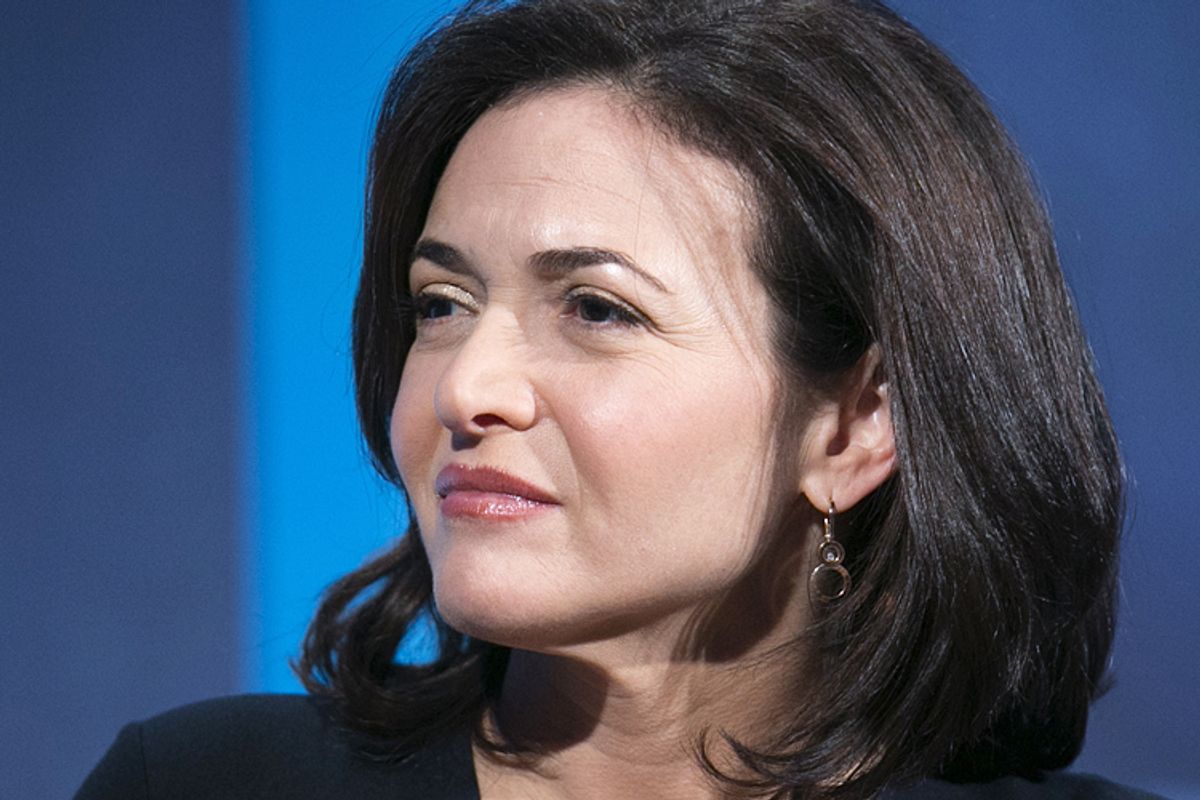 If my mother hadn't gone back to work when I was in elementary school, I probably would have been raised by a drunk. At least, this is what she's told me.

From the time my sister was born, when I was two years old, until I was in second grade, my mom -- a type-A CPA with a knack for cooking -- stayed home, playing tennis and cleaning the house and making a "muffin of the day" and "bread of the week" for all the neighbors. She was bored out of her mind and looked for any way to occupy her time; years later, she told me that she knew she needed to go back to work when: 1) she started making hamburger buns from scratch if she made hamburgers for dinner and 2) she started anxiously awaiting 4pm every day, because that's when she felt it was okay to start drinking.

This is not the case for all parents who stay home, obviously, but if there's one thing I've found to be true about my own childhood, it's that I benefitted hugely from having a working mother. Turns out, I'm not alone: According to a new report from Harvard Business School, having a mom who works carries major lifelong advantages for children -- especially girls. Researchers found that women whose mothers worked -- Whether for just a few months when they were in middle school, or full-time from when maternity leave ended until retirement -- were more likely to have jobs themselves, to have supervisory positions and to earn more.

"It didn't matter to us if she worked for a few months one year, or worked 60 hours per week during your whole childhood," researcher Kathleen L. McGinn said. "We weren't interested in whether your mom was an intense professional, but rather whether you had a role model who showed you that women work both inside and outside the home. We wanted to see how that played out."

McGinn and her colleagues found that women weren't the only beneficiaries, though: Men whose mothers worked outside the home also showed positive differences, and were found to contribute more to their family members and household chores. Essentially, by seeing the example of mothers who took care of business in the world and at home, sons learned to do the same. According to McGinn, having a working mother has one of the clearest effects on increasing gender equality -- and the findings held up for both men and women across cultures:

Survey respondents included 13,326 women and 18,152 men from 24 developed nations. The researchers based their analyses on responses collected from the 2002 and 2012 surveys. They categorized the countries by their attitudes toward gender equality, both at home and in the workplace. [...]

The data also showed that while being raised by a working mother had no apparent effect on men's relative wages, women raised by working moms had higher incomes than women whose moms stayed at home full time. The one exception: women who reported conservative attitudes toward gender equality. "It's only for earnings that having conservative gender attitudes reduces the effect of a working mom," McGinn says. "For all of the rest of them, having had a non-traditional role model at home has a direct effect on the outcomes, regardless of attitudes."

As for men whose moms ever worked outside the home, they were more likely to contribute to household chores and spent more time caring for family members. "Growing up, what was being modeled for sons was the idea that you share the work at home," McGinn says.

The study also found that daughters of working moms grew up to spend more time with their own kids, even if they became working mothers themselves. McGinn believes the findings contradict deeply embedded cultural stigma around working women, especially.

"There's a lot of parental guilt about having both parents working outside the home," McGinn said. "But what this research says to us is that not only are you helping your family economically -- and helping yourself professionally and emotionally if you have a job you love -- but you're also helping your kids."