Stewart can hardly contain his excitement over "Clownstick's" Tuesday announcement 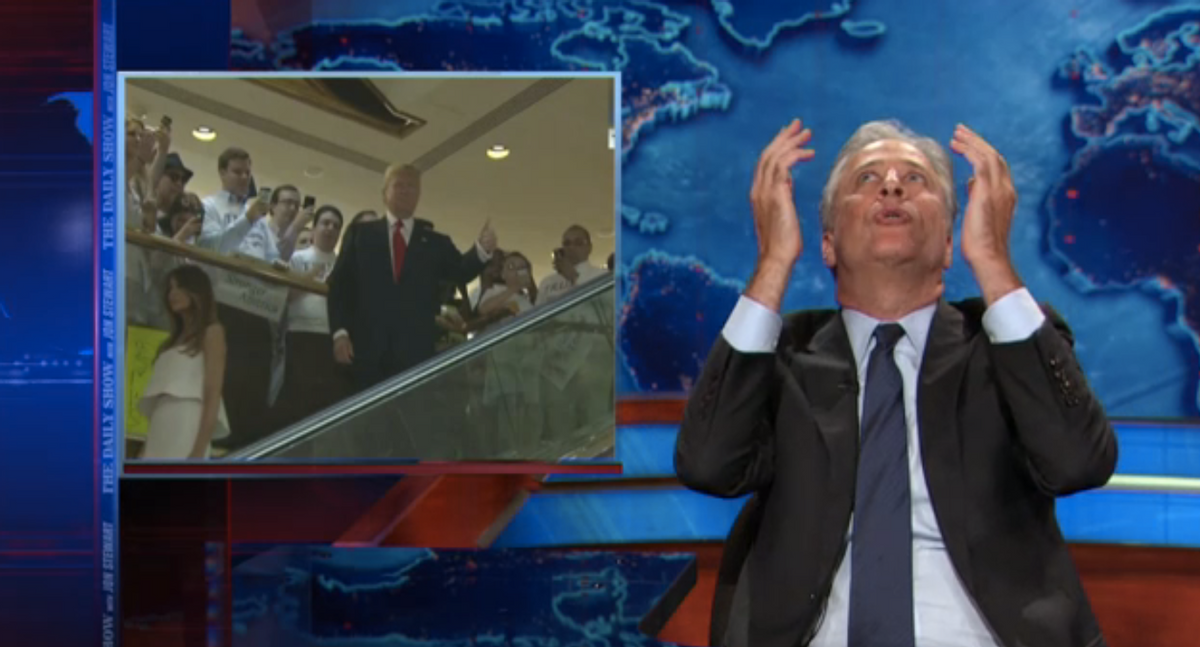 No one, and I repeat no one, is happier about Donald Trump's presidential bid than "Daily Show" host Jon Stewart.

Last month, the prospect of "Fuckface Von Clownstick" tossing his hat in the ring had Stewart nearly reconsidering postponing his Aug. 6 departure from the show.

Now, with Donald Trump 2016 being a real thing, the "Daily Show" host is beside himself and called Tuesday's announcement a "gift from heaven."

After rewatching Trump's escalator entrance and his unhinged comments about Mexican immigrants being "rapists," Stewart was basically ready to throw on his dancing shoes. ("Come on, let's dance, Clownstick!")

Anything is possible when you believe!