She's seen the birth certificate, but "I haven't had a DNA test" 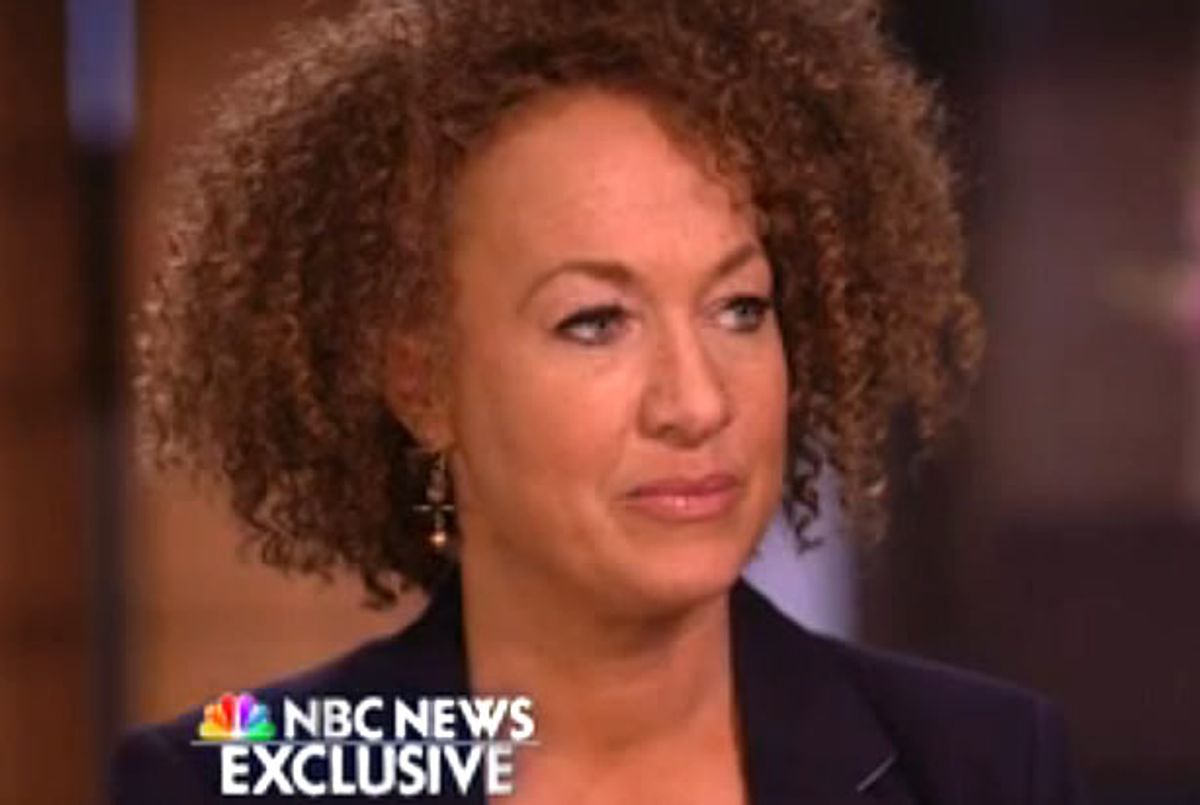 In an interview with NBC News' Savannah Guthrie, former NAACP Spokane president Rachel Dolezal discussed whether she's ever been willfully deceptive about her racial and ethnic heritage -- and why she believes she's entitled to be ambiguous about it.

Guthrie began by asking, point black, "have you ever lied about your race?" Dolezal replied that she's never been asked "are you human or not human?" -- which is an odd statement, given that humanity is a species, not a race -- and that even if she had been asked, she'd reply that "race is a construct" and "has a fluid understanding."

While what she said race in the United States is patently true -- if it weren't, there wouldn't have been a need to legally codify it with the "one-drop rule" -- that doesn't mean that "fluid understanding" applies to her situation.

Dolezal claimed that it's possible the "one-drop rule" applies to her, because while she knows "who raised me -- I haven't had a DNA test."

"There's no biological proof that Larry and Ruthanne are my biological parents," she added. A shocked Guthrie replied, "there's a birth certificate with your name on it and their names on it."

"I'm not necessarily saying that I can prove they're not," Dolezal said. "But I don't know that I can actually prove they are. I mean, the birth certificate is issued a month and a half after I'm born -- and certainly there were no medical witnesses to my birth."

When contacted by the New York Daily News about this claim, Larry Dolezal could only write "WOW. She was born in our bedroom 11/12/1977 in our house we built here and moved into in June 1977. All the people in Troy and Libby she grew up with KNOW she is our daughter! WOW again!"

For her part, Dolezal insisted, yet again, that "I definitely am not white. Nothing about being white describes who I am."

"So, what's the word for it?" she asked rhetorically. "The closest thing that I can come to is if you're black or white -- I'm black. I'm more black than I am white."

She denied deliberately "transforming into a darker-skinned person" -- a charged leveled against her by her brother on "The Kelly File" last night. "I have not taken any melanin shots or any of the like, the 'Black Like Me,'" she said.