Rachel Dolezal's brother speaks out: "She keeps on making up more and more lies" 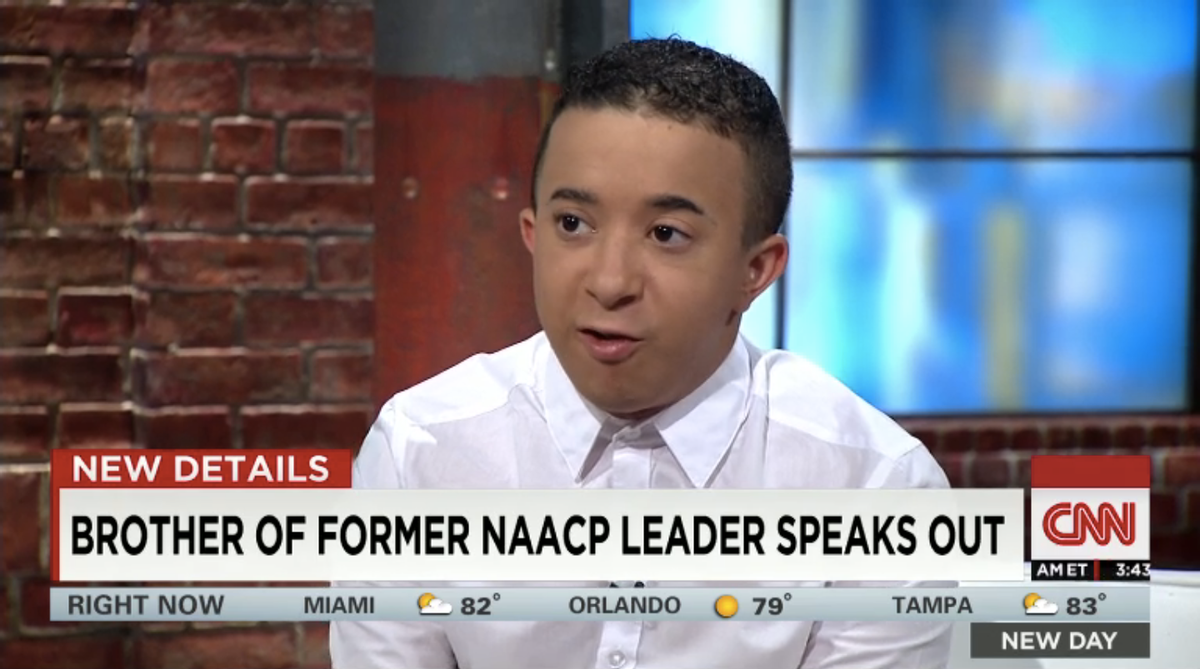 On Wednesday morning, Rachel Dolezal's brother, Ezra, spoke out against his sister's claim that there is "no biological proof" that Larry and Ruthanne are her biological parents.

"I think she's nervous to just admit that she's not been telling the truth," said Ezra Dolezal in an interview on CNN's "New Day." "Which is why she keeps on making up more and more lies to help fit the story as it goes. Like, she was changing her story multiple times within the past week."

Ezra and his parents have been on something like a media tour following the revelation that the former Spokane NAACP chapter president was actually born and raised as a white woman.

"I guarantee that she is not going to take a DNA test to prove that [they] are not her parents," Ezra continued. "Because they are, and she doesn't want to be caught going back on her story again."

Watch the clip below, courtesy of CNN: