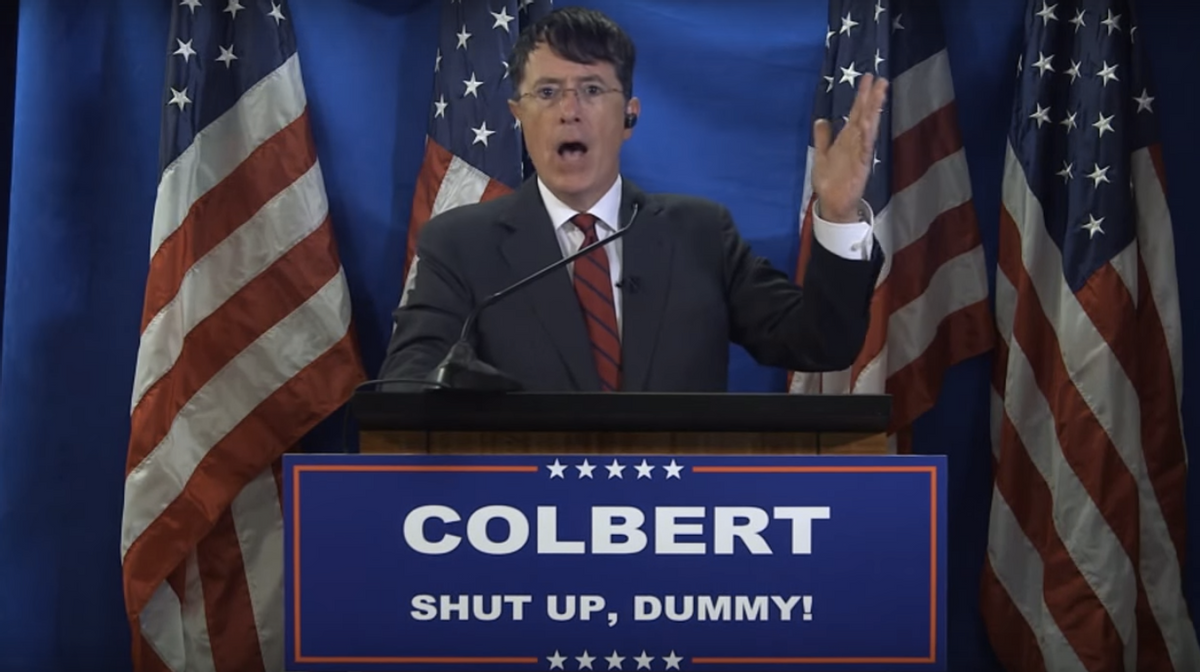 Stephen Colbert is literally foaming at the mouth over news of Donald Trump's presidential announcement.

While Colbert won't be starting his stint as host of "The Late Show" until September 8,  in the wake of Trump's "luxurious, gold-plated, diamond-encrusted" campaign launch, duty called.

In a Youtube video uploaded Tuesday night, Colbert sports a signature Trump comb-over and rambles at great length about what Trump's bid will mean for the future of late-night television (apparently it means great things!).