A win for academic freedom: Steven Salaita awarded back-to-back victories against university that fired him 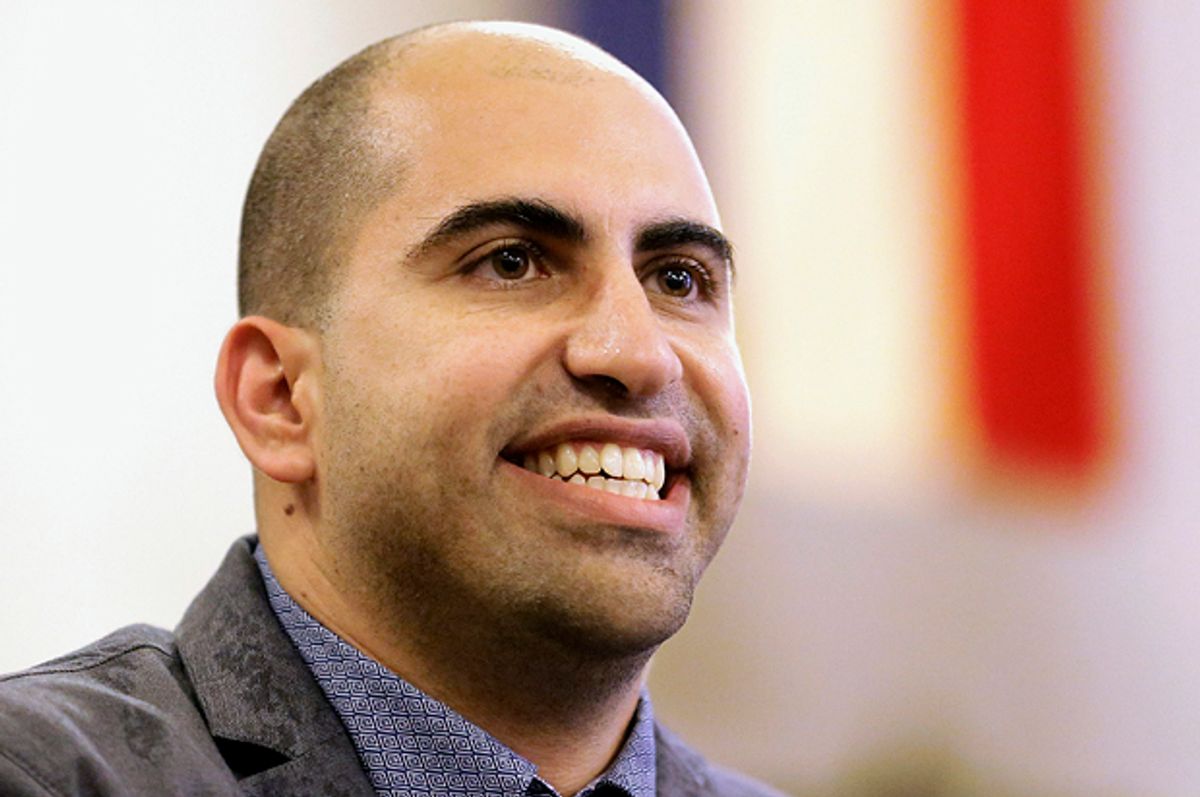 The first part of June has awarded back-to-back victories to a professor who last year was dismissed from his post at the University of Illinois at Urbana-Champaign. Nearly a year ago Steven Salaita was fired for posting some tweets that were considered by some to be beyond the pale of proper academic discourse; the context for many of these tweets was the ongoing, devastating attack on Gaza by Israel. What makes this case especially interesting, and what the recent court decision and a critical vote by the largest confederation of U.S. professors in the country shows, is the undue and improper interference of wealthy donors on the internal affairs of public educational institutions.

Before getting to the specifics of what has happened in the past week, it’s important to set this issue within the context of the intimate relation between neoliberalism and education, outlined well by Elias Isquith’s recent Salon interview with the political scientist Wendy Brown.  Brown gives a useful baseline definition of neoliberalism: It is a “radical free-marketeering that comes to us in the ‘70s and ‘80s, with the Reagan-Thatcher revolution being the real marker of that turn in Euro-Atlantic world. It means the dismantling of publicly owned industry and deregulation of capital, especially finance capital; the elimination of public provisions and the idea of public goods; and the most basic submission of everything to markets and to unregulated markets.”

The aspect of neoliberalism that we find in the Salaita case is the power of donors to override both the professional procedures and ethos of faculty governance, as well as the academic independence of a public institution of higher education. Even without getting into the specific and critical issue of the censorship of critics of Israeli state policies, what happened at the University of Illinois, and in a separate case at the University of Wisconsin, is drawing the concern and criticism of even “non-political” bodies, such as the courts and mainstream academic organizations.

The issue is: How much longer will public education be “public”?  How much longer can mainstay features of the academy — academic freedom and tenure — be able to withstand the heavy-handed influence of the market and rich benefactors who have their own agendas and priorities?

Something does appear shady in the way UIUC behaved last summer. After a local newspaper ran a story disclosing the objectionable tweets, the university did as it should have: It issued a public statement defending Salaita’s free speech rights and his right to academic freedom. But then wealthy donors began complaining vociferously to Chancellor Phyllis Wise. Shortly after, the university made an abrupt about-face, and suddenly Salaita was out of a job.

After his dismissal, Salaita filed a lawsuit against not only the University of Illinois and its trustees, but in a unique twist, also the donors who Salaita asserts exerted undue influence to get him fired.  Of course, to ascertain whether they actually did, one would need evidence to that effect, and Salaita filed a Freedom of Information Act lawsuit, asking for all the emails from the university administration that dealt with his case.

On June 12 the court found in his favor: “The judge said that previous scandals at the university – including the so-called ‘clout list’ that gave preferential admission to politically-connected applicants – were examples of why the public had a right to know the information Salaita was seeking.” In other words, the university’s betrayal of the public trust had already happened once, where it had discarded its normal admissions process in order to pay back its powerful connections and maintain their loyalty. Affirmative action for the wealthy and influential, in other words, the law of the market in place of the commitment to the public good.

This links up to an interesting back and forth between university counsel Charles Schmadeke and Salaita’s attorney Anand Swaminathan of Loevy & Loevy:

At one point, Schmadeke argued that there was no genuine “public interest” in the Salaita case but rather “public curiosity” similar to that around reality TV’s Kardashian family.

Swaminathan responded that “Steven Salaita is no Kardashian.” He cited not just extensive national and international interest in the free speech and academic freedom issues raised by his case, but the fact that numerous national academic bodies, notably the American Association of University Professors (AAUP) issued statements and reports on it.

Well, no matter what you think about the Kardashians, the fact that the university could so blithely and disingenuously assert that there was no possible way the public could have a vested interest in learning whether wealthy, politically minded donors broke into the proper deliberations of UIUC faculty speaks volumes about the arrogance of the university and its neoliberal mind-set. One can be sure the university will use all its muscle to try to fight this decision, for if those emails are indeed released, it may well disclose the depth and breadth of its selling-out to the rich and influential.

Salaita’s second victory came just one day later, on June 13, when the Association of American University Professors, representing some 47,000 professors on 450 campuses nationwide, voted emphatically to censure the University of Illinois for its actions regarding the Salaita case.  Its investigatory committee found that

the rejection of the Salaita appointment for the reasons stated by the chancellor and the board violated Professor Salaita’s academic freedom and cast a pall of uncertainty over the degree to which academic freedom is understood and respected at UIUC. The subcommittee further concluded that the chancellor in her rejection of the Salaita appointment contravened AAUP’s widely accepted standards for the conduct of academic governance.

Again, what is of note are the ways academic freedom and academic governance were set aside in order to accommodate what neoliberals would call a “healthier fiscal environment” at the University of Illinois.

The policies recommended by the Joint Finance Committee and included in the 2016 budget pose a direct threat to academic freedom by expanding the circumstances under which tenure can be revoked (beyond dire financial emergencies and just cause) while simultaneously removing its protection under state statute.

Rather than making the University of Wisconsin system more fiscally nimble, the Joint Finance Committee recommendations threaten to damage, possibly irreparably, the distinguished educational system that has justifiably been the pride of Wisconsin residents for more than a century and a half.

In his book "Unmaking the Public University: The Forty-Year Assault on the Middle Class," Christopher Newfield argues that beginning in the 1980s and 1990s, coincident with the appearance of neoliberalism as we know it today, “Even those who supported the ‘market-smart’ and industry-friendly university recognized that the public university’s democratizing mission was being eclipsed by financial concerns.” And these financial concerns provided and continue to provide an alibi for eroding the power of the faculty to govern and amplifying the power of administrators, many of whom now come from industry and finance rather than from the ranks of the faculty, to make key decisions as to the mission of the university. This includes weakening the power and will of faculty to take controversial or unpopular positions, and devaluing parts of the curriculum that are perceived not to enhance the bottom line. As Newfield writes, “Public universities were influenced by changing business practices, including the cash-flow evaluation of individual academic units,” just as we see now in places like Wisconsin, North Carolina and elsewhere.  And as this is happening, universities are loath to alienate wealthy donors.

In the statement he presented to the AAUP as it began deliberation on its vote,  Steven Salaita closes by saying, “In fact, even if one deplores my viewpoints, that person cannot reasonably support the conduct of the UIUC leadership. As you all well know, the University’s malfeasance—and your considered response—have a lasting effect far beyond this individual academic.”  He is exactly right; the behavior of the University of Illinois deserved the AAUP vote to censure, because its actions have ramifications way beyond Salaita. If unchecked, such behavior by public institutions will only increasingly demonstrate how private these institutions are becoming.