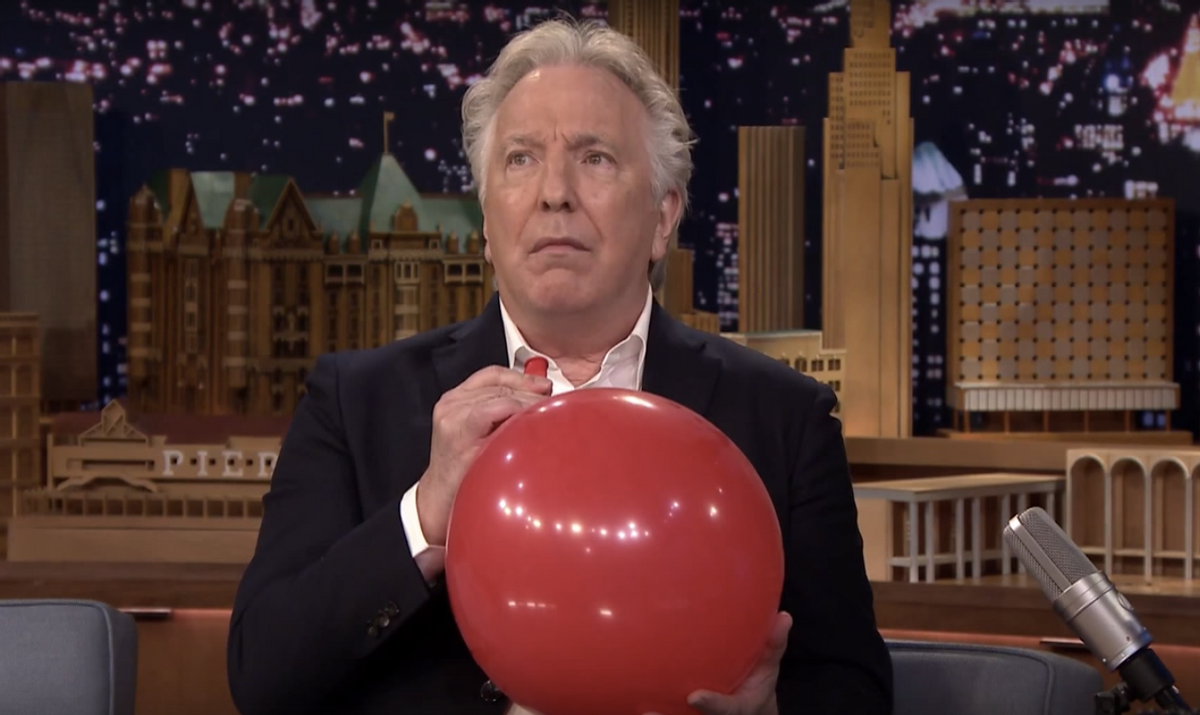 Traditionally, it is Fallon who initiates the task of presenting the actors with a balloon and politely asking them to suck on it, but "Harry Potter" star, best known as Snape, volunteered to be his next victim.

After catching wind that the "Tonight Show" host and Benedict Cumberbatch had a little "Rickman-off,"  where the two impersonated the velvety-voiced actor, Rickman decided to come prepared with two balloons to complicate things.

"Apparently these are the Jimmy Fallon truth-telling machines, so I just want to know what you have to say about that," he said, passing off a balloon to Fallon. Well played, Severus.