Barack Obama responds to Charleston shooting: "This type of mass violence does not happen in other advanced countries"

According to CBS News' White House correspondent, this is the 14th statement Obama has made following a shooting 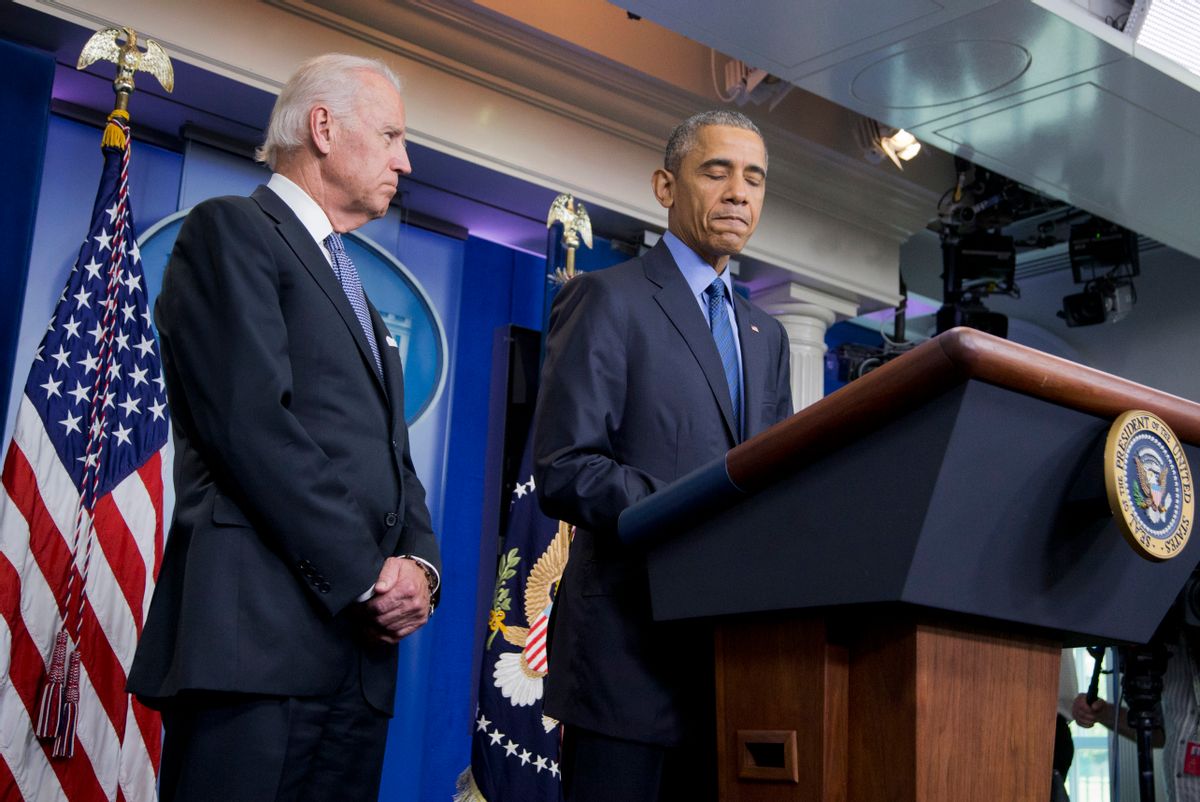 President Barack Obama, accompanied by Vice President Joe Biden, pauses while speaking in the Brady Press Briefing Room of the White House in Washington, Thursday, June 18, 2015, on the church shooting in Charleston, S.C., prior to his departure to Los Angeles. (AP/Manuel Balce Ceneta)
--

On Thursday, President Barack Obama made a statement in response to the mass shooting at the Emanuel AME Church, an historically black church in Charleston, South Carolina that killed nine people.

"I've had to make statements like this too many times," he said. "Communities have had to endure tragedies like this too many times. Once again, innocent people were killed in part because someone who wanted to inflict harm had no trouble getting their hands on a gun... We as a country will have to reckon with the fact that this type of mass violence does not happen in other advanced countries."

According to CBS News' White House correspondent Mark Knoller, this is "at least the 14th time" Obama has had to make a statement following a shooting.

"It is in our power to do something about it," Obama continued. "I say that recognizing the politics in this town foreclose a lot of those avenues right now. But it would be wrong for us not to acknowledge it. And at some point it's going to be important for the American people to come to grips with it, and for us to be able to shift how we think about the issue of gun violence collectively."

Dylann Storm Roof, the 21-year-old suspected of committing the massacre, has been taken into custody, according to the FBI. He was arrested about 230 miles north of Charleston in Shelby, North Carolina, where he was found armed.