Bill Clinton schools Donald Trump on "The Daily Show": His ramblings on Mexican immigration were not just bizarre -- but "wrong" 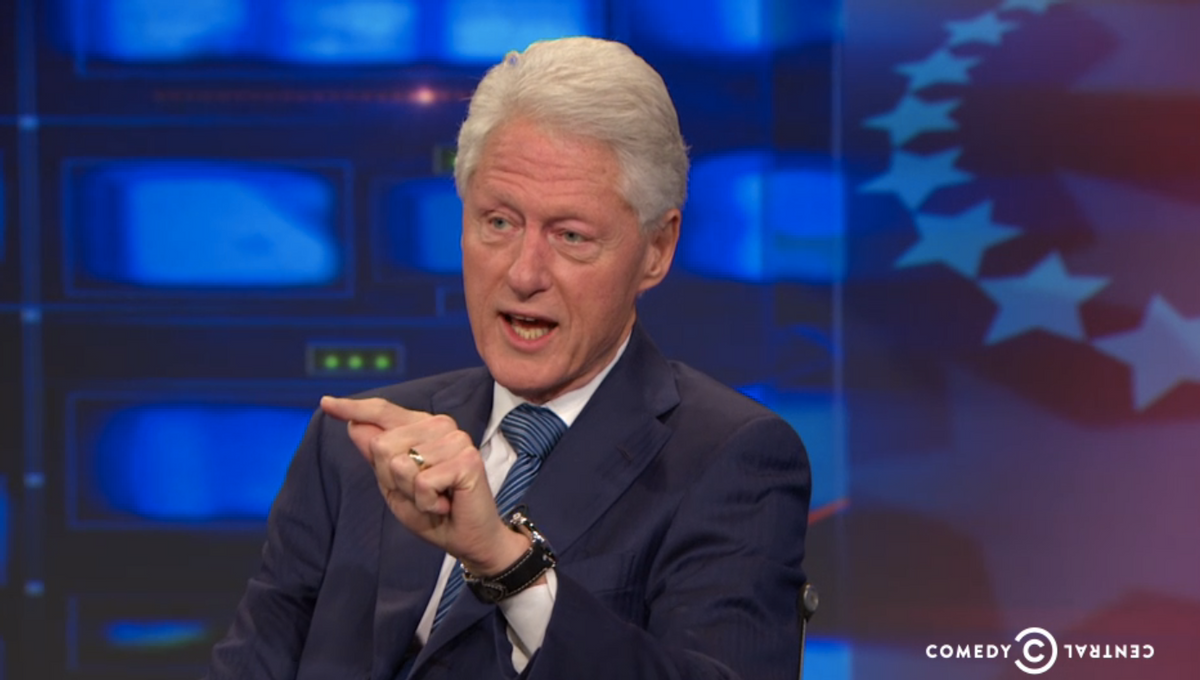 Just as anyone could have predicted from the Trump-obsessed host, Stewart jumped right into the topic of Trump's candidacy, asking Clinton if the recent announcement that he'd be running for president complicated his loyalty to Hillary 2016 in any capacity.

"You have five weeks to go ... and I'm still the spouse of a presidential candidate," Clinton quipped "Unlike you, I have to think it out now and then."

The two then discussed Donald's rambling presidential announcement in which he called Mexican immigrants "rapists."

Clinton said that the comment about Mexican immigrants was not only bizarre, but wrong, whipping out some impressive statistics he had lodged away somewhere in his brain: "Between 2010 and 2014, there was no net in migration from Mexico. That surprise you all?"

Watch part of that interview courtesy of The Daily Show below: