Donald Trump: Unlike me, Hillary Clinton isn't rich enough to be incorruptible 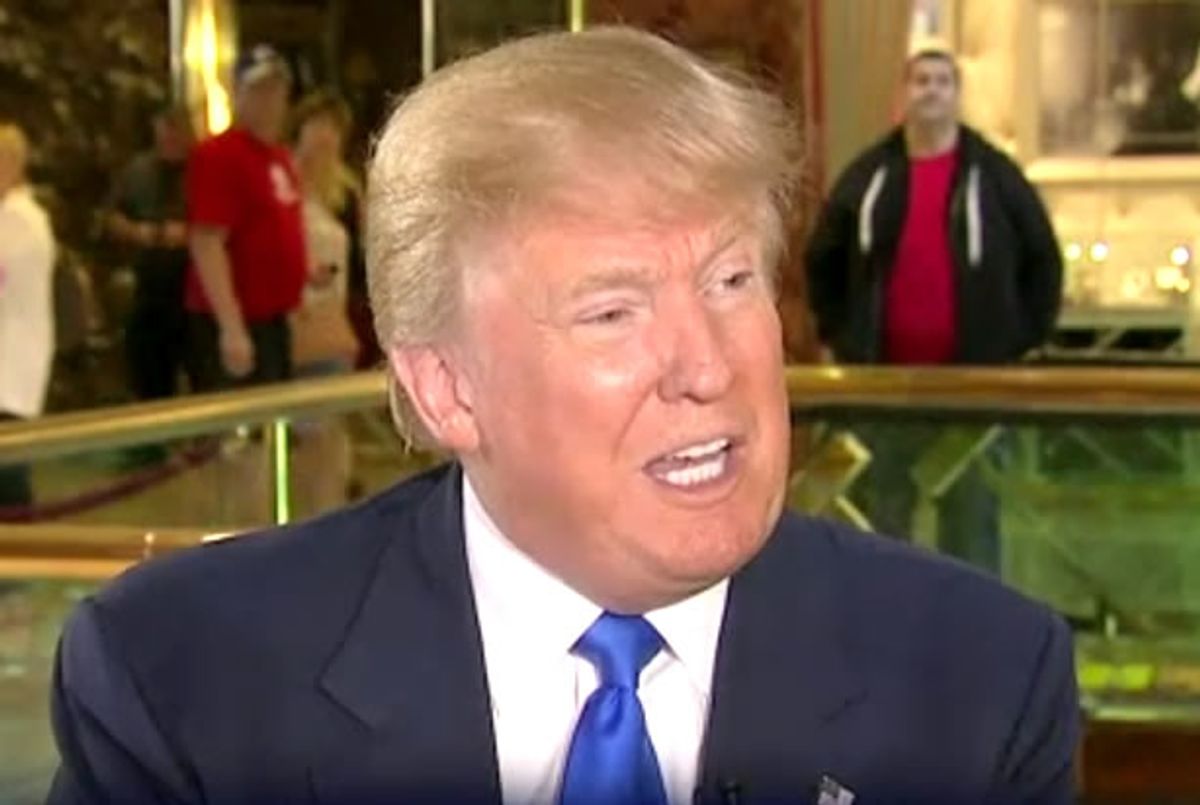 The idea that because -- as he boasted during his equally rambling campaign announcement -- Trump and his assets are worth $9 billion means that he's incorruptible when it comes to influences both foreign and domestic is clearly laughable from a candidate who just yesterday told Bill O'Reilly that his plan to "solve" the Middle East entails "let[ting] Mobile and our great oil companies go in."

But if that's the joke, Trump clearly isn't in on it, as he continually hammered on Hillary for allowing the Clinton Foundation to accept donations from third parties like Sweden, who had a vested interest in decisions she would make about Iranian sanctions as Secretary of State. If a Republican had done that -- with "that" being exactly the kind of backroom negotiation that he would engage ExxonMobile in order to defeat ISIS -- Trump and Hannity agreed that "it'd mean jail. Jail!"

Hannity tacked at that point, asking Trump how he'd deal with claims that "'Republicans are racist, Republicans are sexist, they hate poor people, they want to throw granny over the cliff, they're racist?'"

Trump completely dodged the question, launching instead into a discussion about how the 2016 election would be about competence instead of personality. "One of the things I do," he said, seemingly oblivious to the actual meaning of the words he was about to utter, "is create a great society."

At this point, Hannity finally allowed a viewer to ask a question. "Does Donald Trump expect to work well Congress?" the viewer asked, to which Trump replied, "of course the answer is 'yes.' All my life I've known politicians, dealt with politicians, I know politicians better than anybody."

"If you can't work with a politician, there's something wrong with you," he said, adding that "the truth is, Obama just doesn't work hard."