No safe place to be black: Charleston and America's gut-wrenching racial truth 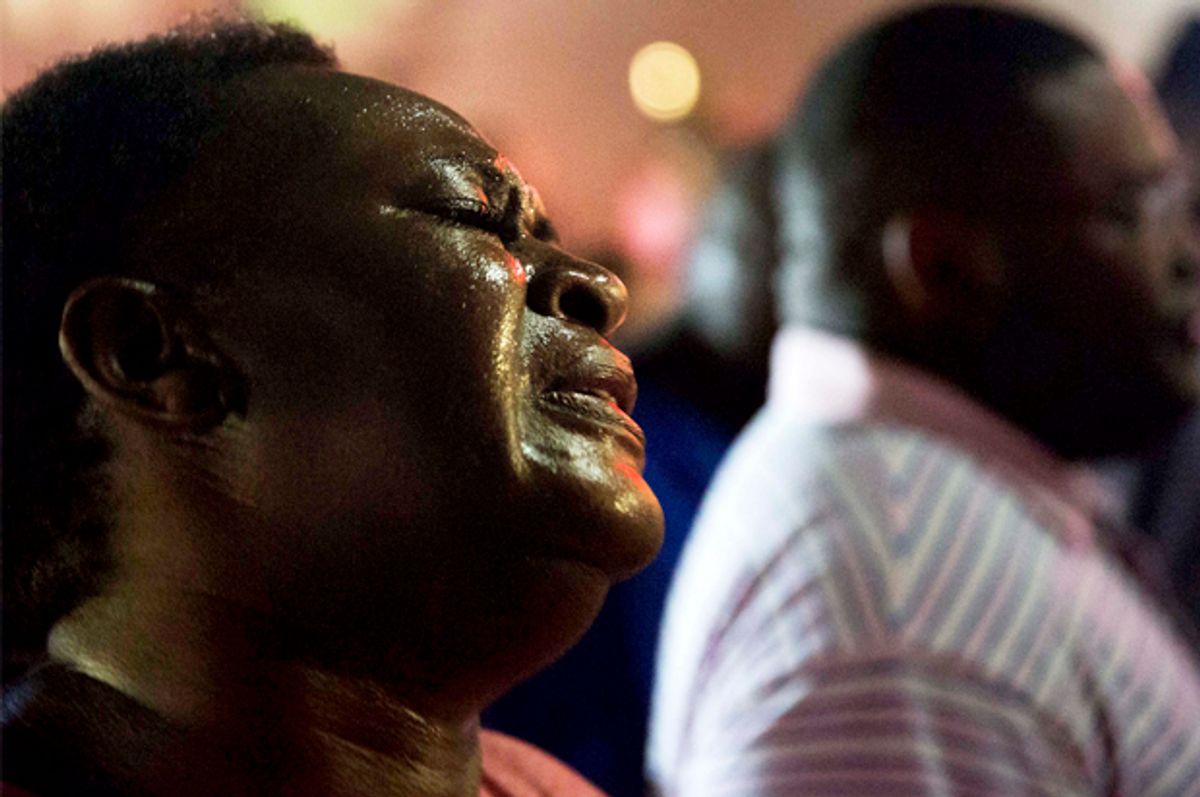 When the news broke about the tragic Charleston shooting, in which a young white man named Dylann Storm Roof is suspected of shooting at least nine African Americans as they prayed, I regret to say I thought about Rachel Dolezal, the center of the racial drama that had taken over the news before this awful massacre.

It reminded me that Dolezal didn’t need to lie about her race to gain entry to black communities; black America has been welcoming white people in its midst for years.

Marginalized, oppressed, fighting to survive; black communities have nonetheless always welcomed strangers and outcasts: those rejected by whites for having “one drop” or more of black blood; the white men or women who married African Americans, and their children shunned by white families; black people who look white, like NAACP leader Walter White and Homer Plessey; as well as white allies in the struggle for racial justice, like Rev. James Reeb, the young white minister murdered in Selma after marching for voting rights. I think of all the times I’ve been welcomed into African American spaces without question, because I wanted to be there.

Then I think of that young white killer sitting in the Mother Emanuel prayer circle for an hour, welcome because he seemed to want to pray. Then he shot at least nine of the people he’d been sitting with; six of them died, including the church leader Rev. Clementa Pinckney, who also served as a South Carolina state senator and had championed police reform after the recent shooting death of unarmed African American Walter Scott in nearby North Charleston.

By some accounts, Roof, whom a Facebook photo shows sporting a jacket featuring apartheid-era South African and Rhodesian flags, erupted with racist bile before he began shooting. We don’t know all the details, but the information we have now suggests this story is going to continue to shock and scare us as it unfolds.

This African Methodist Episcopal Church, known as Mother Emanuel, has been a cornerstone of black Charleston life for 225 years. Founded in 1789, in a city known for its beauty and its cruel slave mart, it  was led for a time by Denmark Vesey, who was later killed for his role in a major slave uprising. (Wednesday was the 193rd anniversary of that revolt.) Dr. Martin Luther King Jr. preached there. Its murdered leader, Rev. Pinckney, said this about its history in 2013:

I haven’t written anything, until now, about Rachel Dolezal, because she’s an imperfect symbol we’re all freighting with our own meaning. Even after all we’ve learned, I still feel a twinge of sympathy for her: I think she found a home in the black community she’d never had before. I’ve written about my own resonance with black culture, the struggle for justice; blackness defined not as deficiency but as strength and resilience. But she didn’t have to lie to find a home; she just had to work harder to be her true self.

And if, being white, she sometimes felt like an outsider anyway: well, understanding why is what’s required to be part of the community. I saw so many black people on Twitter Wednesday night pose a version of the same question: Is there no place it’s safe to be black, when a young white man can kill black worshipers in a church? That’s the question we need to answer; not why Rachel Dolezal wasn’t comfortable in her own skin.

I don’t mean to lump Dolezal in with Roof. Or to diminish this story by linking it to what was so obviously a sideshow, compared to the real issues of racism and injustice that persist in our society. But Dolezal obsessed a lot of people, for a time, because her story seemed to tell us something about whether and how we can bring down the racial walls that keep us apart. We only learned again what we already knew. We are so close, we are so divided; we are indivisible, but a lot of racist white people don’t want it that way.