"I know he was your friend," O'Reilly said, but Pastor Pinckney would have disappointed in your attacking Fox News 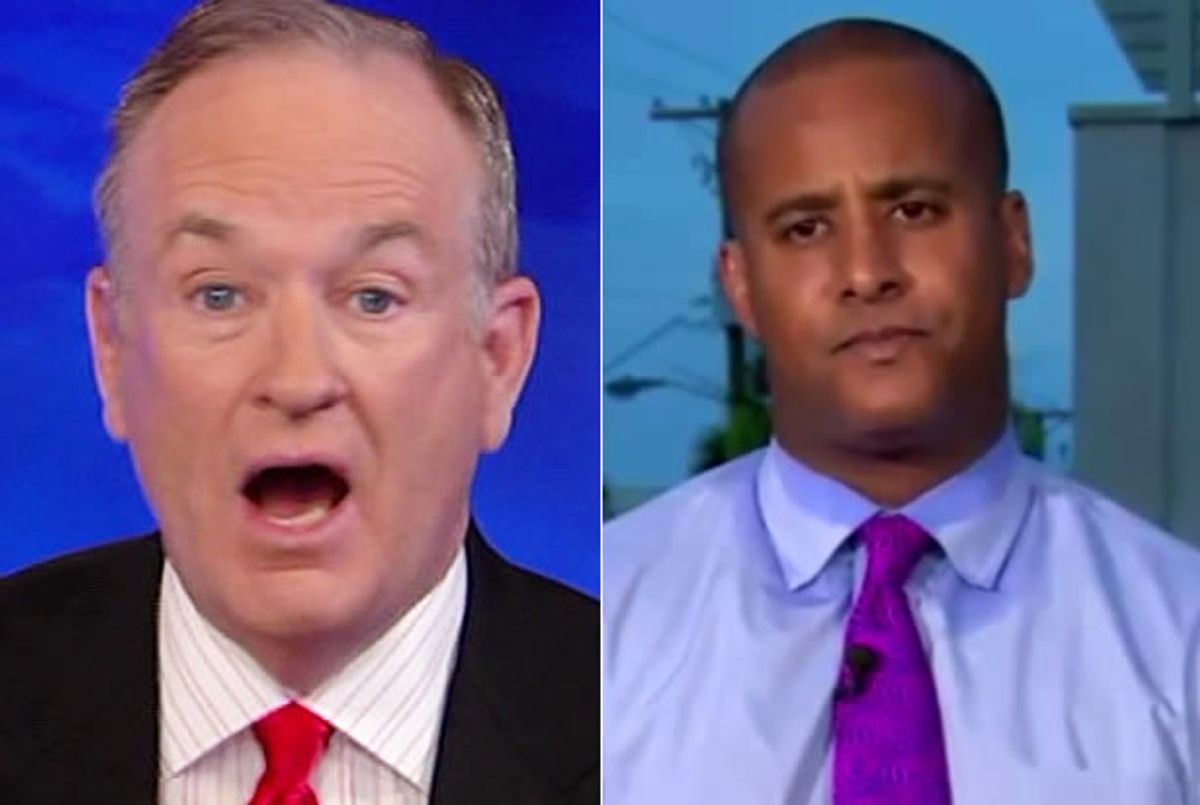 Thursday night on "The O'Reilly Factor," host Bill O'Reilly spoke to Charleston lawmaker Todd Rutherford, a friend of Pastor Clementa Pinckney, about comments Rutherford had made earlier on CNN in which he claimed Fox News' rhetoric is partially responsible for Dylann Roof murdering nine people in the Emanuel African Methodist Episcopal Church.

Rutherford told CNN that when Roof "watches things like Fox News, where they talk about things that they call news, but they’re really not [and] use that coded language, they use hate speech, they talk about the president as if he's not the president" -- that primes people like Roof to "walk into a church and treat people like animals, when they're really human beings."

O'Reilly took issue with both Rutherford's characterization of the network. "You said something that bothered me a little bit," he said. "Are you going to stand by [what you told CNN]?"

"Absolutely," Rutherford replied. "It's disturbing to African-Americans to watch stories on Fox News as to whether the president is truly the president, or whether he was really born in this country."

O'Reilly denied that anyone on Fox News had ever espoused birther beliefs -- when, in fact, many Fox News personalities, including Hannity and "Fox & Friends" regular Donald Trump, did so on numerous occasions -- and then attacked Rutherford for saying that Roof watched Fox News, because there's no evidence that he did.

Despite having just played the clip in which Rutherford claimed that Roof watched programming "like Fox News," O'Reilly insisted that he claimed Roof watched the network itself, and couldn't be disabused of the argument. "You said, 'he watches Fox News,'" O'Reilly erroneously repeated.

"You're equating what Dylann Roof did in that church to our commentary?" he asked. "Are you saying that Fox News justifies brutal crimes against black Americans?"

"You said that," Rutherford replied. "This is exactly what I'm talking about. You are inflaming the rhetoric."

"I've got say," O'Reilly concluded, "I know you're a good friend [of Senator Pinckney] and I know you're upset, but I don't think he would've embraced your kind of rhetoric today."

Watch the entire interview via Mediaite below.