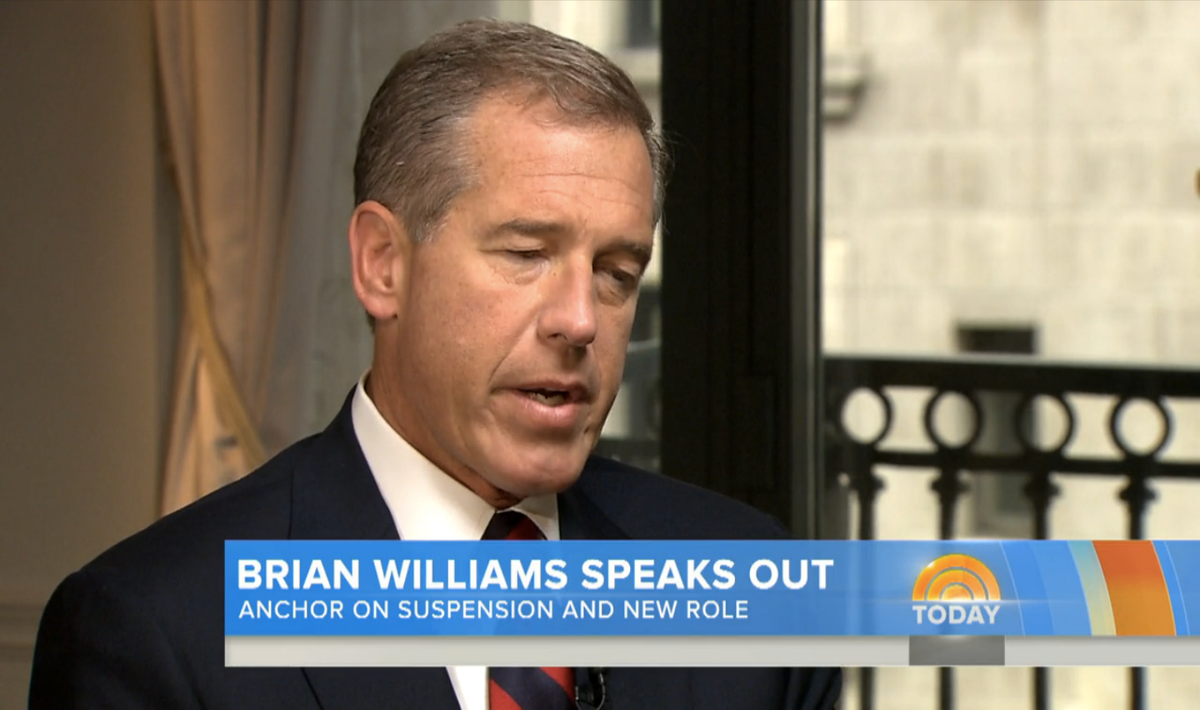 On Friday morning, the "Today Show" aired portions of a two-day long interview between Matt Lauer and Brian Williams, the former "NBC Nightly News" anchor who was suspended for six months after it was revealed that he fabricated a number of stories about his reporting days.

"It has been torture," Williams said of his suspension and the investigation into his past statements launched by the network. "Looking back, it has been absolutely necessary. I have discovered a lot of things. I have been listening to and watching what amounts to the black box recordings from my career. I've gone back through everything -- basically 20 years of public utterances."

"I was reading these newspaper stories, not liking the person I was reading about," he continued. "I would have given anything to get to the end of the story and have it be someone else but it was about me."

On Thursday, NBC announced that Williams would not return to the "NBC Nightly News" anchor desk, and that Lester Holt would be his permanent replacement. Instead, Williams will move to MSNBC as anchor of breaking news and special reports.

"I am a grateful person," he said. "I am fully aware of the second chance I have been given and I don't intend to squander it."

Williams also reflected on what drove him to embellish certain reporting stories.

"It had to have been ego that made me think I had to be sharper, funnier, quicker than anybody else," he said. "I told the story for years, befor I told it incorrectly... This came from clearly a bad place, a bad urge inside me. This was clearly ego-driven, a desire to better my role in a story I was already in. That's what I've been tearing apart and unpacking and analyzing."