I don't have to be a perfect dad: The gift I'm giving myself this Father's Day

I worry too much about failing my kids and raising them exactly right. We all need the freedom to be "good enough" 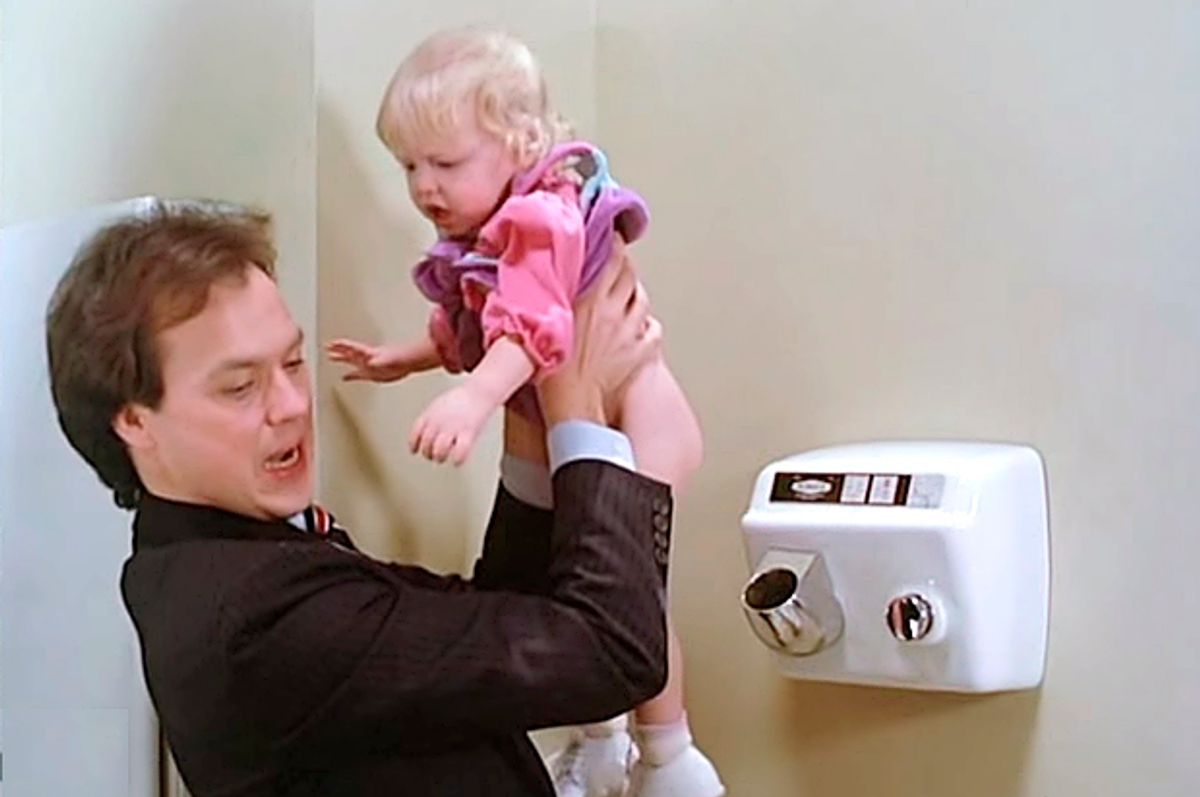 Back in 1953, a British psychoanalyst named Donald Winnicott developed a theory of what he called the "good enough mother." Winnicott served as a pediatrician at a busy London hospital, where he saw thousands of mothers interacting with their young children. He came to believe that most mothers suffered from unrealistic expectations when it came to their maternal capacities. Deep down, they felt they should be patient and selfless and completely unambivalent. When they failed to live up to these impossible standards, they grew guilty and dispirited.

Winnicott felt that the only solution was for mothers—and society at large—to take a more realistic and forgiving view of their role. Forget being a perfect mother, or even a great one. The only reasonable approach was to be a "good enough" mother, one capable of dedication, but also of impatience and resentment. A mother who loved her children fiercely but also, at times, hated them. Winnicott's "good enough" mother failed at times. But crucially, this didn't make her a failure.

Just the opposite, in fact. Winnicott insisted that it was a mother's failure to attend to her children's every need—particularly as they grew older—that ultimately allowed these children to adapt to an imperfect world.

I've thought a lot about Winnicott's theory since becoming a parent. And I've pondered why his common-sense approach isn't more widely preached. Part of the reason is that modern consumerist culture has seized upon and exploited parental insecurity as the ideal means by which to sell a deluge of products and services.

It probably doesn't help that the mass media is also clogged with narratives that portray mothers in profoundly distorted ways, as tireless martyrs or negligent monsters, as Carol Bradys or Joan Crawfords.

As for us dads, by and large we get off much easier. Nobody expects us to be as deeply invested in our kids, or as perfect in our conduct. We often get showered with compliments simply for doing the kind of basic caretaking that moms do all the time. As enlightened as we pretend to be, when it comes to societal expectations, dads have a way bigger margin for error. As long as none of the kids die on our watch, we're pretty much heroes.

But the reason I've been thinking about Winnicott so much recently is that I've started to notice, within myself but also amongst my dad friends, an escalating sense of anxiety, one that reflects a deeper engagement in the lives of our kids (which is good) but also more guilt about that engagement (which is not so good).

This makes a certain amount of sense. After all, back in the early 1950s, when Winnicott was formulating his theory, the vast majority of the child-care duties fell to the mother. The idea of the "stay at home dad" didn't really exist, at least not in the public discourse. Nor did "co-parenting."

His ideas therefore have been applied, with a very few exceptions, to mothers.

And yet within many families, fathers have become deeply involved with the psychological and emotional well-being of their children. We don't talk about it as often, or as freely, as our wives. But that's part of my point: we tend to keep our anguish muzzled.

In my own case, I spend an awful lot of time worrying that I'm failing my kids, both in how I handle particular episodes, and in terms of how I'm preparing them to cope with the world at large.

My 8-year-old's picky eating leaps to mind here. Like a lot of kids, Josie worries about food—a lot. It's a definite issue, because we want her to have a healthy diet (i.e., one that extends beyond macaroni and cheese and bagels). But more fundamentally, we want her to take pleasure in eating and be grateful for the miraculous plenitude available to her, rather than having food be a source of dread.

This all makes sense. What doesn't make sense is how worked up I get. I once spent two hours waiting for her to take a single bite of cooked carrot.

There is no need for you to tell me this is crazy behavior. I know it. And yet I found myself unable to walk away from this manufactured battle of wills. In my own addled mind, it was my duty as a father to force Josie past her fears.

Josie, of course, was unconsciously seeking all this drama. And so my wife had to tell me, over and over again, to chill out. She eventually suggested—gently but wisely—that I no longer interact with Josie around food.

I wish I could say this pattern of overweening concern was limited to that one issue. But for the past few months, I've been preoccupied with my 6-year-old son, who's struggling to figure out how to handle social situations in which he feels intimidated.

I've done at least two stupid things in the past week alone. The first was to lash out at him for being overly sensitive, after he burst into tears at a picnic. The second was to intervene in a playground dispute that I probably should have allowed him to work out on his own. (And yes, the second act was in part a reaction to the first.)

The real problem here isn't that I'm a lousy dad. The problem is that I seem to have internalized the idea that these mistakes make me a lousy dad. More and more, I find my self-reflection curdling into condemnation. And I hear some version of the same anxieties from other dads in my social circle.

Most of us long to be the kind of strict (but loving) authoritarian who simply swoops in and lays down the law. But we recognize that this kind of rule by masculine fiat isn't healthy, and doesn't fit in to the more egalitarian parenting style we've established with our wives.

To be clear: I realize that I'm talking about a limited (and frankly privileged, and frankly heteronormative) segment of our society.

But it's also a growing segment. According to recent studies by the Pew Research Center, the traditional roles ascribed to mothers and fathers are converging. Fewer dads are sole breadwinners. More dads are staying home to care for their kids than ever before. And even those who work outside the home spend more time with their kids than ever before—nearly triple the hours they devoted in 1965.

But dads aren't necessarily bringing a more laid-back approach to parenting. Instead, we're finding ourselves susceptible to the same insidious perfectionism that has dogged moms for years.

And so, as we all look toward Father's Day, I want to offer—in lieu of a card, or breakfast in bed—a modest proposal.

I'd like all the fathers (and mothers) reading this article to heed the message Winnicott was sending six decades ago: It's impossible to be a good parent if you give yourself no margin for error.

We have to remember, as Winnicott observed, that even truly "sensitive caregivers" connect with their children only some of the time. The rest of the time, we're either tired or distracted or fed up. Sometimes, we take out our frustrations on our kids. All of this is actually normal.

What matters more than anything is not that we mess up, but that we're able to recognize our failings without succumbing to self-pity or self-recrimination. Children don't want or need perfect parents. They need parents capable of admitting when they make mistakes. In essence, we need to be able to forgive ourselves and, in so doing, to model self-forgiveness for our children.