The union-buster's next crusade: Scott Walker takes a big step toward running for president 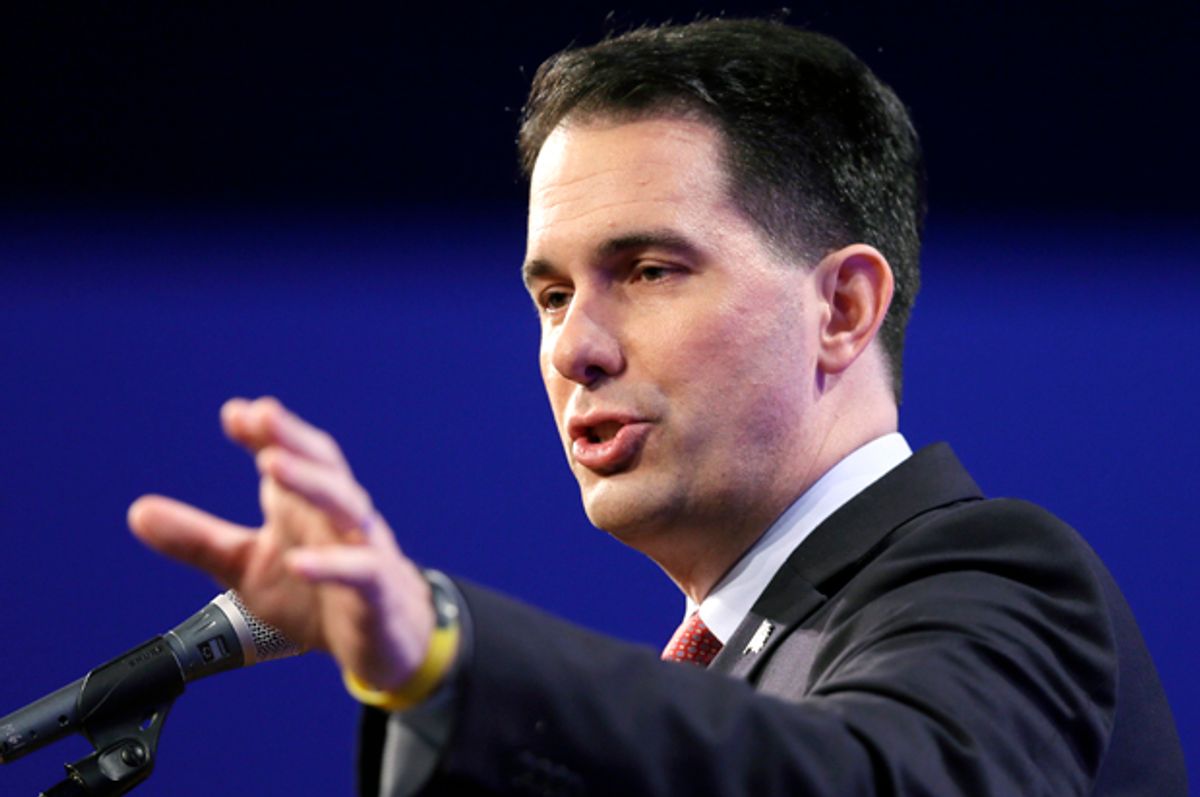 Scott Walker is all but in.

The Republican Wisconsin governor turned to the ultra-conservative Red State blog to announce that he is exploring the possibility of running for president. No really, that's how he phrased it:

The tweet links to a diary at the conservative blog RedState.com. RedState is run by conservative blogger Erick Erickson, the guy infamous for pushing the "Abortion Barbie" slur on Wendy Davis, and the site  thatwill host a conservative gathering featuring nearly every GOP presidential contender this summer.

In the diary, Walker discuses his tour of the nation with his affectionately named tax-exempt political committee, "Our American Revival," before announcing that he is "launching a testing the waters committee to gauge support for a presidential run."

I guess the other committee just wasn't cutting it.

Walker promised to not keep anxious supporters waiting, insisting that "this will be the final step before I decide whether I become a candidate for our nation’s highest office."

Walker's diary goes on to tout his conservative credentials big time, emphasizing his record as Wisconsin governor and bragging about taking on the unions. It's clear that Walker plans to proudly run as a hardline conservative. His accomplishments seemed ripped from a Red State commenter's wish list. Walker highlighted wins like passing the "Castle Doctrine, concealed carry, pro-life legislation and a law requiring a photo ID to vote."

"We defunded Planned Parenthood and became the 25th state to enact a Right to Work law," he boasted:

Liberals and union bosses didn’t like our reforms, so they flooded the Wisconsin Capitol with 100,000 protestors. They tried to intimidate us, but they only strengthened our resolve. When the scare tactics failed, they and their Washington allies tried to recall me from office. We won the recall with more votes than I received the first time I was elected. After that we won another election – our third in four years. All in a state a Republican presidential candidate hasn’t carried since 1984.

Walker tops the latest polls in Iowa, a state won by Rick Santorum and Mike Huckabee in the last two GOP caucuses.