Watch Tina Fey and Amy Schumer smooch at the Peabodys

After Fey presents Schumer with her award 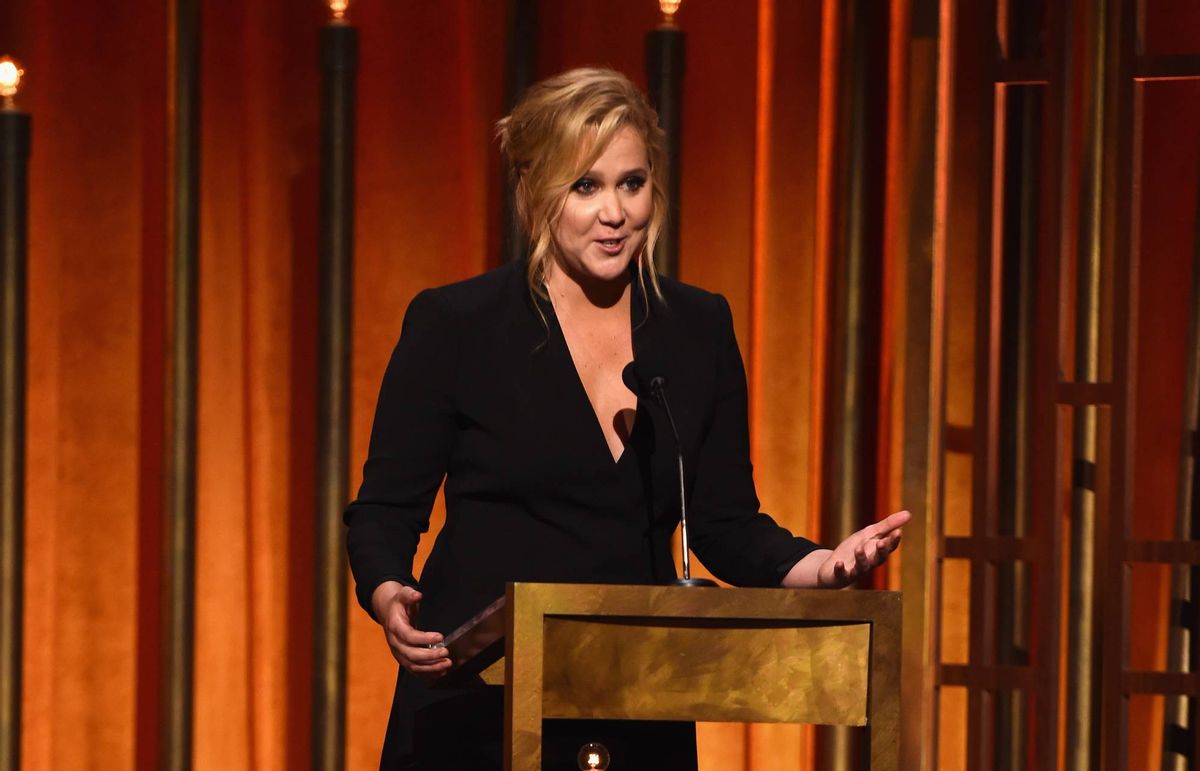 During the taping for the 74th annual Peabody Awards at the end of May, we learned that Tina Fey and Amy Schumer shared a "passionate smooch" onstage (according to the Daily Mail) after Fey presented Schumer with her award for “Inside Amy Schumer.”

We now have a video clip of the iconic meme-able moment, as well as Tina’s lovely remarks introducing Schumer before she comes out to receive her award -- remarks that take on new light given the news that Schumer will open for Madonna (!!!) on three of her New York tour dates. Here’s Fey's full statement, which you can watch, along with the full ceremony, this Sunday on Pivot:

“In a culture where young female entertainers are expected to be sexy without being too sexual, Amy’s honesty is making everyone furious. Amy is killing it. She is the biggest deal in comedy right now. And that is why I really wanted to come down here tonight, in a Madonna kind of way…try to like, eat her youth and maybe suck her soul out in a very awkward, staged lesbian kiss. But when I pitched that idea to Amy’s camp, they came back with such an immediate ‘YES’ that it kind of grossed me out. I’m feeling like we shouldn’t do it. I mean, I know we practiced it a lot, and you (Amy) were gonna pretend to be not into it, and then I was gonna be like ‘bossy pants!’ and then Fred was gonna pull my cape off. But it doesn’t feel right, so I think instead we should just give you a really prestigious award.”

And then they kissed, duh. Watch below: