You won't steal our music anymore: The fraction of a cent that saved the major labels

Watching rap videos with his grandson, a vilified music executive had an aha moment that changed everything 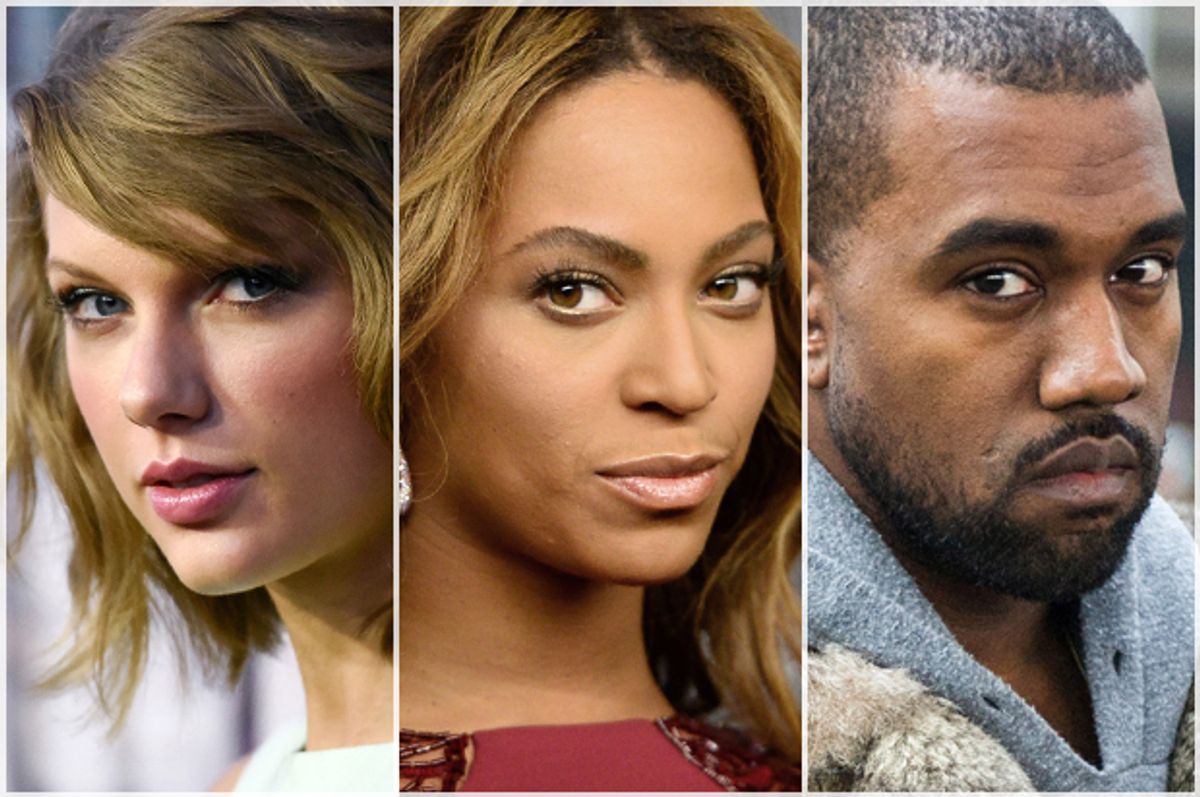 Excerpted from "How Music Got Free"

American music executive Doug Morris was the target of satirical cartoons and a great deal of vicious Internet flaming. The website Gawker, reblogging  other people’s work with characteristic restraint, called him the “World’s Stupidest Recording Executive.” The anger was shared by many of his employees, some of whom in fact were gifted technologists who had passed up jobs in Silicon Valley to work for him. “He made the company look ridiculous,” Larry Kenswil, the chief of Universal’s digital strategy at the time, would later say. “That was insulting  to a lot of people inside the business.”

The chorus of criticism that Morris was too old, too out of touch, began to crescendo. He was 69. Vivendi had a mandatory retirement policy for all of its executives, effective at age 70, and the company’s management board had informed Morris that, while they were willing to stall for a couple of years, ultimately he was not exempt from this policy. Already, Morris had begun training his own successor, the British music executive Lucian Grainge. In 2010—two years—he would be done. For his critics, the deadline couldn’t come soon enough.

But for Morris, redemption was always just around the corner. Perhaps [Seth] Mnookin’s public shaming of him [via a Wired magazine profile] was ultimately a net positive. Perhaps it jolted him out of his complacency. Perhaps it took this kind of widespread embarrassment to make him change direction. He denied this, of course, but in the period immediately following the Wired interview he began to innovate as never before. Whatever his motivations, the business decisions he made over the next two years laid the framework for the economic future of the recording industry.

It began with a visit to his teenage grandson. In a hands-on experiment in consumer demographics, Morris had asked the kid to show him how he got his music. Morris’ grandson explained that, while he didn’t pirate anything—promise—neither did he buy any albums nor even many digital singles. Instead, for the most part, he just watched music videos on YouTube from the computer in his room. Soon the two were seated in front of the screen.

Watching rap videos with Grandpa sounded like the premise for a comedy skit, but in Morris’ case most of the videos were ones he had green-lit and budgeted himself. After a bit of searching, the two opted on a mutual favorite: 50 Cent’s “In Da Club,” which Morris’ grandson liked because it bumped, and which Morris liked  because it had moved eight million units. The video had a clever conceit. It featured 50 Cent reclining in a nightclub, surrounded by his entourage, while on the dance floor gorgeous models waved snifters of expensive cognac in the air. The camera then panned through a dummy wall to reveal that the dance floor was actually located in the “Shady/Aftermath Artist Development Center,” a secret desert laboratory where Dr. Dre and Eminem, standing with lab coats and clipboards, watched through a one-way mirror, perfecting the science of the club banger.

Had that framing device been used again, the camera would have panned from the desert to Morris’ office in New York. He was the ultimate patron of this culture, the one who signed the checks that Curtis and Andre and Marshall cashed. Now, in his grandson’s bedroom, watching this music video, he made a startling observation. Next to the video, in small embedded boxes on the YouTube website, were a series of advertisements. The ads were junky. They offered weight-loss supplements and mortgage refinancing and One Weird Tip to Shrink Your Belly, Discovered by a Mom. But their presence meant that, somewhere in Silicon  Valley, an economic transaction was occurring—a slice of revenue was being sold against the creative product that he had spent 15 years developing. And he wasn’t getting paid.

The next day, Morris summoned his lieutenant Zach Horowitz to his office for a memorable conversation.

All of them! said Morris. The websites. They’re selling ads against our videos!

Promotional for what? "Get Rich or Die Tryin’"? said Morris. That album came out four years ago.

Doug, we give those videos away, said Horowitz. Not anymore we don’t, said Morris.

He ordered Horowitz to draft an ultimatum to all the major websites: give us eight‑tenths of a cent every time you play one of our videos,  or we pull everything.  By the end of 2007,  thousands upon thousands of videos on YouTube went dark, and every artist in Universal’s roster disappeared from the major video hosting sites.

The takedowns extended  not just to officially licensed  music videos but to millions of amateur efforts scored with music from Universal artists. Your fan-made cage-fighting highlight reels set to Limp Bizkit; your supercut of Ross and Rachel’s most romantic  moments scored to Sixpence None the Richer; the Josh Groban montage you made for Brad and Sharon’s wedding video—all of it went quiet. The outcry from the YouTube commentariat was as furious as it was predictable, and in thousands of comment threads Morris was personally attacked for his parsimony and greed.

But what made the public angry made his artists ecstatic. Soon the video hosting sites were forced to negotiate, and they gave Universal a significant portion of the advertising revenue stream. Morris, with  a few threatening  letters from his legal  team,  had  created hundreds of millions of dollars in profit out of thin air. The MP3 revolution had caught him flat-footed, but it had at long last taught him something, and he was determined never to let anything  like that happen again.

He began to look for similar sources of income.  Advertising streaming revenue was a new front, one that offered an opportunity to correct for the mistakes of the past. In addition to the charts, Morris now began to pay attention to the Internet’s fundamental unit of exchange: the cost per thousand impressions, abbreviated as “CPM.” The metric represented the price advertisers were willing to pay for a bulk unit of 1,000 advertising views. CPM rates were determined by instantaneous electronic auctions, and prices could range from fractions of a cent to hundreds of dollars. Video CPM rates were especially good, and on average cleared about thirty bucks a unit.

His growing familiarity with these attractive economics  were what led Morris  to propose  the music  video  syndication  service known as Vevo. Many years earlier, at the dawn of the MTV era, the decision had been made to use music videos as promotional devices for album sales. Morris had always decried this decision, and now he saw a chance to reverse it. Throughout 2008 and 2009, he oversaw the creation  of a centralized repository for more than 45,000  videos, stretching back forty years. With the birth of Vevo, music videos were repurposed as economic assets of their own, in some cases earning far more than the albums they were intended to promote.

The service launched in December 2009 with a gala bash in New York City. Morris generally shied from publicity, but when it came to Vevo he pushed for as much press attention as he could get. It was a good party. Google CEO Eric Schmidt and U2 front man Bono both spoke. Lady Gaga and Adam Lambert performed. Rihanna wore a banging V-cut sport coat open to her navel. Justin Timberlake wore an ivy cap and horn-rimmed black glasses and looked like a newsboy. Young Jeezy wore sunglasses and diamond earrings, and turned his baseball cap 135 degrees to the right. A stunning 19-year-old Taylor Swift was seen canoodling with a rumpled 32-year-old  John Mayer. At 15, Justin Bieber required a chaperone. At 77, so did Clive Davis. And Doug Morris—hair flecked gray, clad in pinstripes, arm around Mariah Carey’s waist—lorded over it all. Vevo’s video-sharing website was ceremonially activated at the party, and it crashed almost immediately, the victim  of overwhelming demand. But order was soon restored (at the website, not the party) and the venture quickly turned a profit.

The aggregate earnings  potential was yooge. Auctioned off by Vevo’s syndication service, thirty-second  “pre-roll” ads in front of Justin Bieber’s “Baby” would, over the next few years, be watched more than a billion separate times, grossing more than thirty million dollars. Advertisers also invested in sophisticated  tracking services that embedded  themselves in viewers’ Web browsers and tracked their subsequent  purchasing habits. If the viewer of one of these so-called “call to action” advertisements eventually bought, say, a pair of Beats by Dre headphones, or a branded  Hot Topic #YOLO shirt, Vevo then earned an additional reward. Forty years earlier, scouting the order-taker  had meant hanging  around a clerk in a windowless office. Now it was seamless, conducted by automated  Web trackers connected to a giant electronic brain.

Finally, at the age of 70, Morris had innovated. Vevo took over thirty years of creative output from more than 10,000 artists that had been written off as promotional cost and transformed it into a high-growth profit center. It became YouTube’s most popular channel, and the criticism of Morris began to die down.

Excerpted from "How Music Got Free" by Stephen Witt, published on June 16, 2015 by Viking, an imprint of Penguin Publishing Group, a division of Penguin Random House LLC. Copyright by Stephen Witt, 2015. Reprinted with permission of the publisher. All rights reserved.