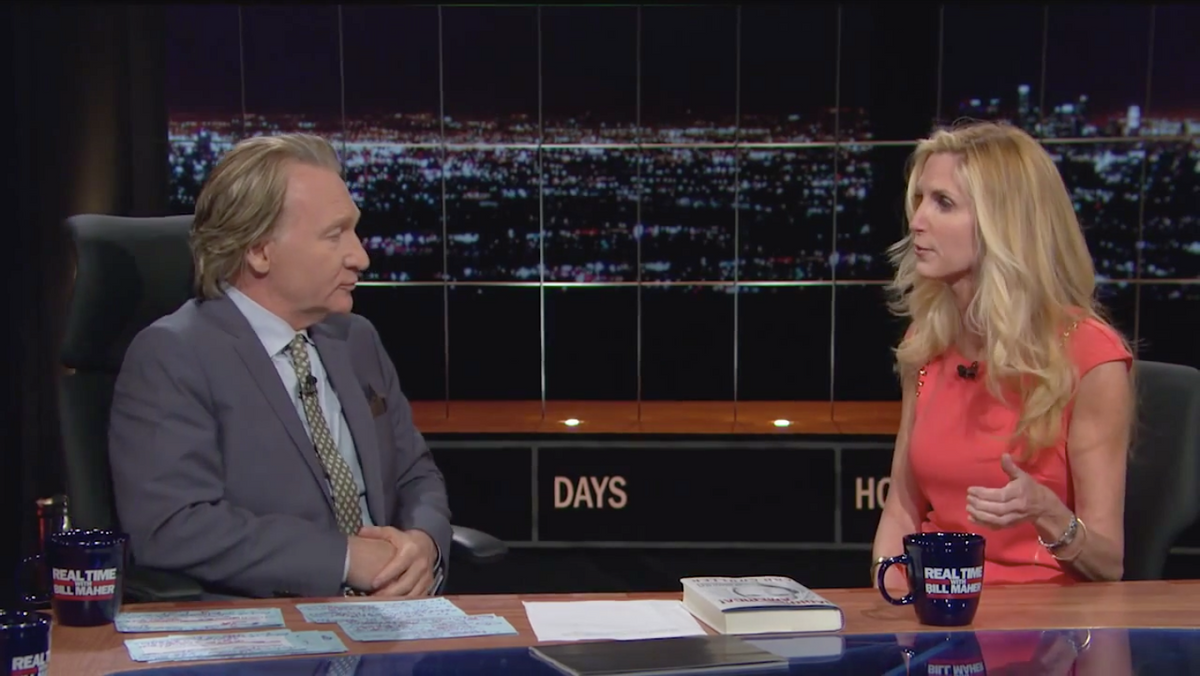 Ann Coulter was on "Real Time with Bill Maher" last night to promote her anti-immigration book “Adios, America!" — which claims that there are 30 million undocumented immigrants in the US — and as expected, Maher didn’t go easy on Coulter. “What about your imaginary friend Jesus Christ? Would he be OK with this attitude?” asked Maher, to which Coulter responded “Of course. You don’t need to take homeless people to bed to prove you’re a Christian. This is our home.”

Maher reminded Coulter that official government data suggests the number of undocumented immigrants in the country is closer to 12 million, to which Counter responded that she believes her own estimate is still low. “The point and issue is, should America’s immigration policy be used to benefit the people already here, or should it be benefitting Pakistani push-cart operators — illiterate in their own language, never mind ours — who come here, go on welfare, commit terrorism, engage in crimes?” asked Coulter.

Predictably, Coulter’s remarks didn’t go over well, and the panel got increasingly heated and confrontational as Democratic Congressman Luis Gutierrez and MSNBC’s Joy Reid joined the war of words against the conservative author. “I would just say one thing, worry abut the 50 million Latinos in the United States of America that are here legally,” Gutierrez said. “Because many of the people that you refer to as murderers, and rapists, and criminals, and people that are on welfare are their aunts, their uncles, their classmates…these are people they care about. So what I think that Ann Coulter is actually doing, along with Donald Trump, they are just revving up…a Latino registration machine.”