Karl Rove's Second Amendment shocker: "The only way to guarantee that we would dramatically reduce acts of violence involving guns is to basically remove guns from society"

"Until somebody gets enough oomph to repeal the Second Amendment," he says on Fox, violence will continue 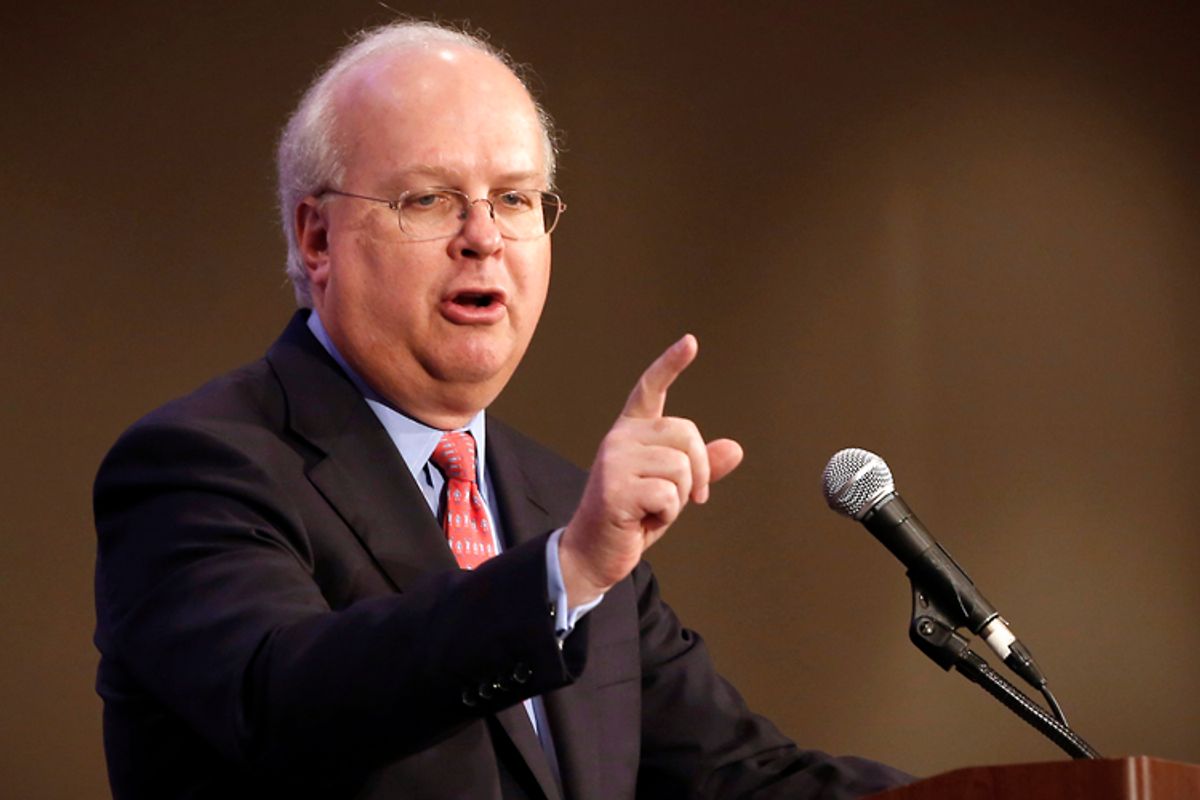 Karl Rove didn't exactly call for the repeal of the Second Amendment on "Fox News Sunday." But what he did say was shocking in its directness and its implications.

Asked by host Chris Wallace how we stop gun violence, Rove said there's no "magic law" and that the only way to reduce gun violence, would be to take guns out of society, which means a political movement with enough "oomph" to nullify the Second Amendment.

Here's the transcript from Fox.

WALLACE: Karl, whether you agree with the president on gun control or not, you certainly have to agree with him that we see these cases of mass violence way too often and we see them more often in the United States than in other advanced countries. And I mean, you know, you are in a position to say, what do we do about it whether it's government, whether it's community, whether it's family, how do we stop the violence?

KARL ROVE, FORMER BUSH WHITE HOUSE ADVISER: Well, I wish I had an easy answer for that. I don't think there's any easy answer. We saw an act of evil, racist, bigoted evil. And to me, the amazing thing about this is it was met with grief and love.

And think about how far we've come. 1963, the whole weight of the government throughout the South was to impede finding and holding and bringing to justice the men who perpetrated the bombing and here we saw an entire state, an entire community, an entire nation come together grieving as one, united in the belief that this was an evil act.

So, we have come a long way. Now, maybe there's some magic law that will keep us from having more of these. I mean, basically, the only way to guarantee that we would dramatically reduce acts of violence involving guns is to basically remove guns from society, and until somebody gets enough oomph to repeal the Second Amendment, that's not going to happen. I don't think it's an answer.

I think there were so many warning since here. A friend who knew of what was in Dylann Roof's heart, parents who didn't pay attention, a community that had given up on him, and a loner who had fallen into the clutches of racist organizations and had come to believe in their ideology and put things up on the Internet that we didn't give any credence to whatsoever.

And so, there were a lot of warning signs here and I wish that some of those people had spoken up and said, here's somebody who is in trouble and a danger to himself and others.