The AP maintains the image was "not intended to portray Sen. Cruz in a negative light" 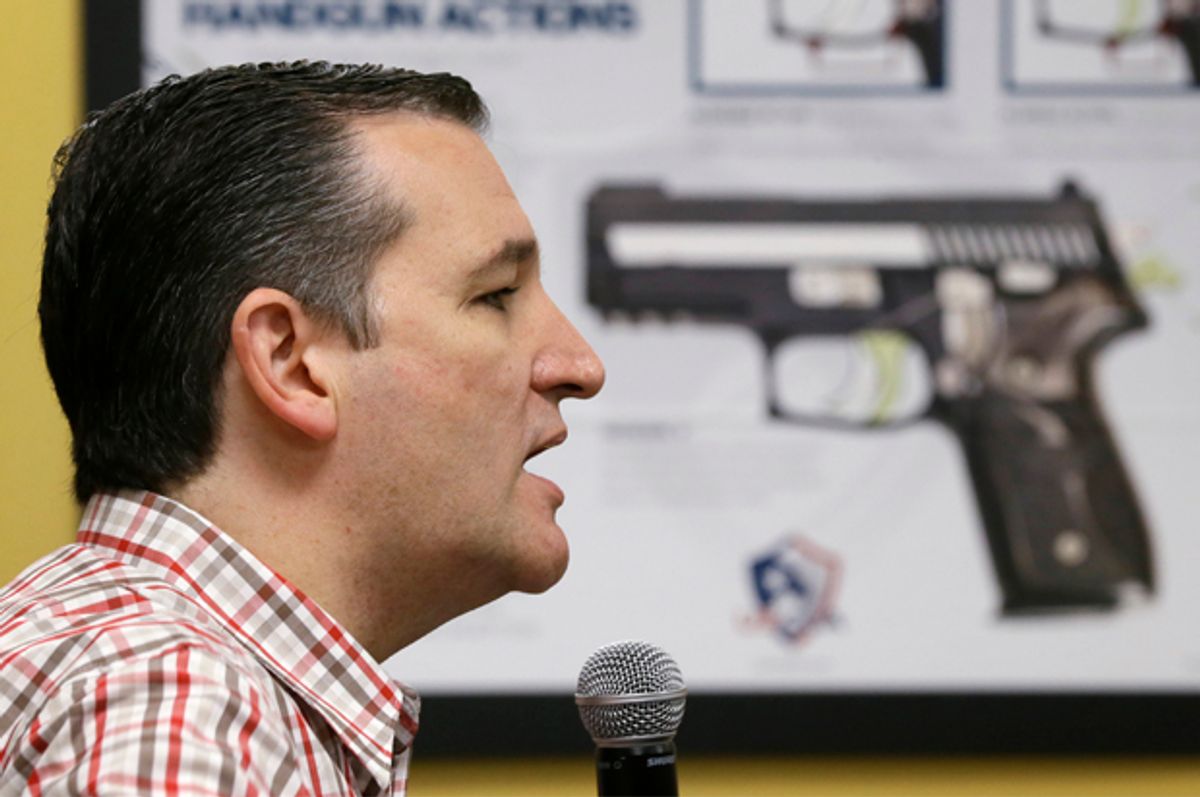 The Associated Press found itself in hot water following the publication of a photo depicting Texas Senator and GOP presidential hopeful Ted Cruz with an image of a pistol pointed straight at his head.

Over the weekend, Cruz appeared at a ‘Celebrate the 2nd Amendment’ event held at CrossRoads Shooting Sports in Johnston, Iowa, Politico reported.

The photo, taken by the AP’s Charlie Neibergall, shows Cruz speaking in front of a gun poster from a profile angle that gives the illusion of a handgun pointed directly at Cruz’s head.

The photo was met with a swift uproar from conservatives on Twitter, some of whom compared the image to the infamous "crosshairs" ad from Sarah Palin that targeted Democratic members of Congress including Gabby Giffords, who was later shot by a deranged Tucson gunman:

The Associated Press later issued a statement, saying the shot was accidental:

Presidential candidate Ted Cruz was shown in a series of 14 photos taken by an Associated Press photographer at a ‘Celebrate the 2nd Amendment’ event Saturday afternoon, held at a shooting range in Johnston, Iowa. Five of the photos published by AP included images of guns seen on a wall in the background so that it appeared a pistol was pointed at Sen. Cruz’s head. The images were not intended to portray Sen. Cruz in a negative light.

According to Politico, AP Image’s website has other images from the event without the pistol in the background.