John Oliver has the perfect solution to the Confederate flag debate 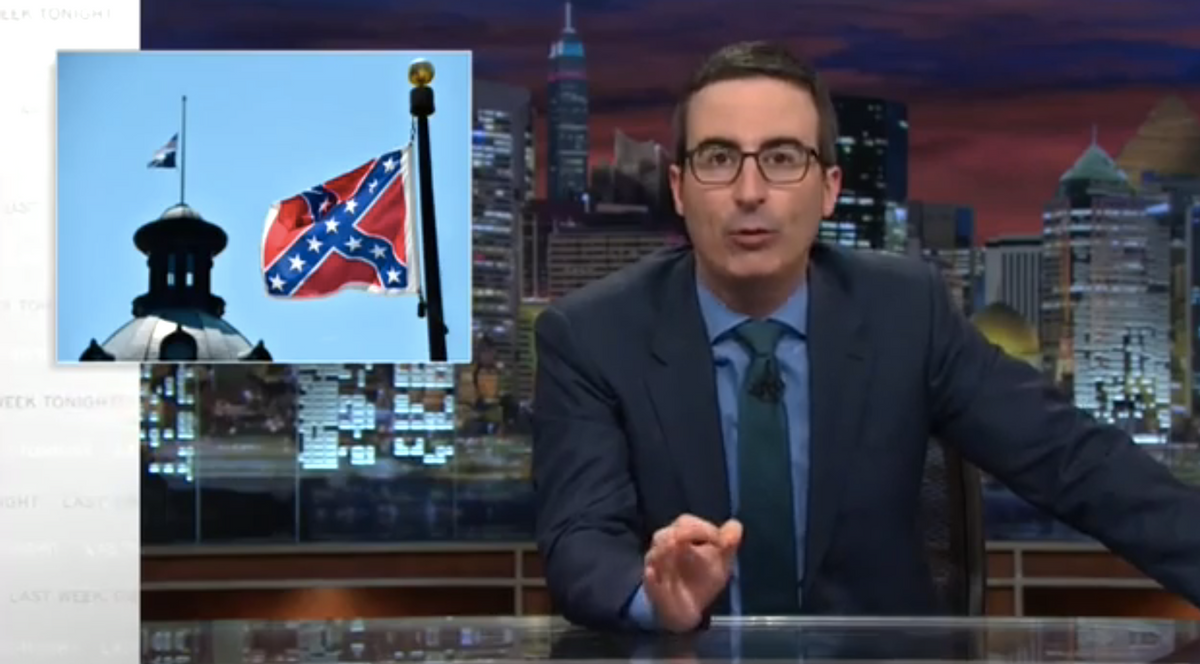 After rolling a clip of a very "defeated" President Obama delivering his Charleston speech, Oliver turned his attention to the Confederate flag debate that has erupted in the wake of the shooting.

South Carolina state law prohibits the flag from being removed, which means that, while the world was still grieving from the AME Church shooting, a Confederate flag could be seen flying at full staff in front of the statehouse.

“The Confederate flag is one of those things that should only be seen on t-shirts, belt buckles and bumper stickers to help the rest of us identify the worst people in the world,” Oliver explained on "Last Week Tonight."

Oliver then offered a very easy solution to settle the debate once and for all. (Sneak preview: It involves putting it in a box titled "BAD FLAG" and never looking at it again.)

Watch the clip courtesy of Crooks and Liars below: