...for being very long 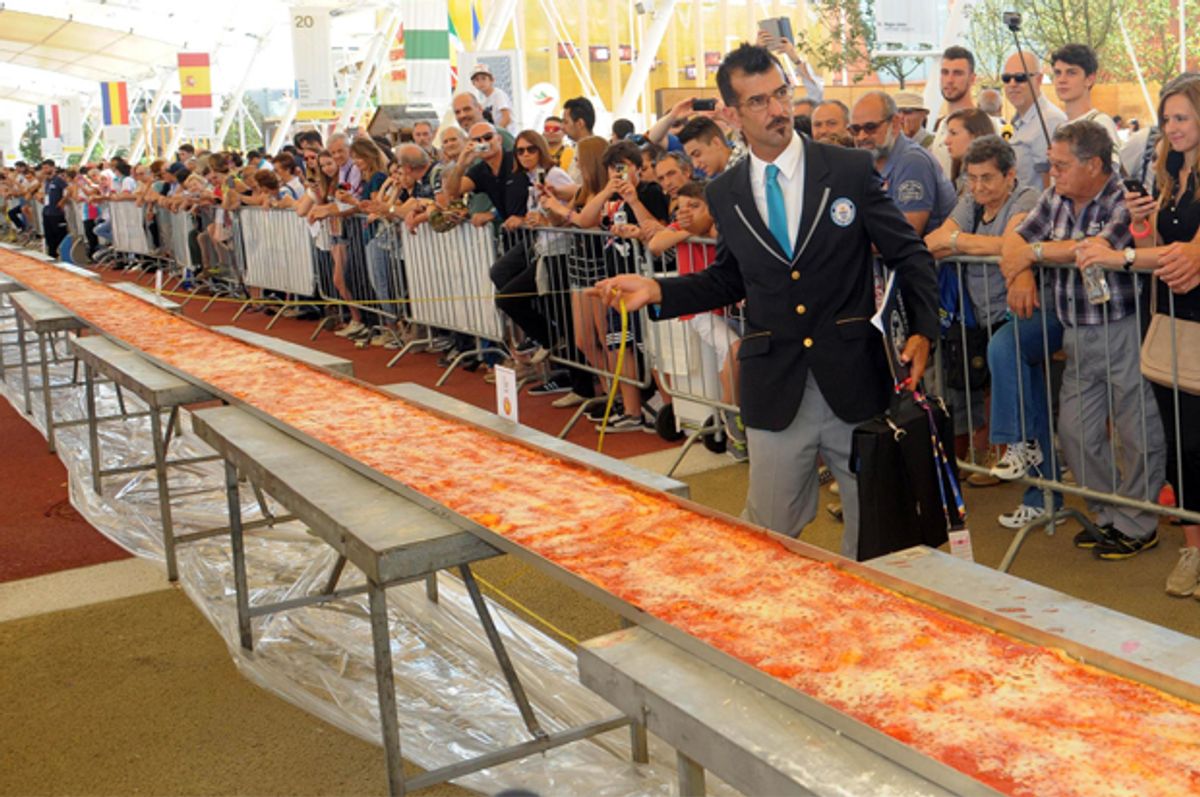 Judge of the Guinness World Records Lorenzo Veltri checks the length of a pizza at the Expo 2015 world's fair in Rho, near Milan, June 20, 2015. (AP/Daniele Mascolo)
--

At Italy's Expo 2015 held this weekend in Milan, 60 pizza makers joined forces to make the most beautiful creation since the ice cream sandwich or the Great Wall of China: a one-mile-long pizza.

Okay, it was technically 1.59545 kilometers long but that is very close.

The pizza consisted of 1.7 tons of flour, 1.5 tons of mozzarella and two tons of tomato sauce, and was cooked in five ovens, according to Mashable. All in all, it took about 18 hours to make.

Agence France-Press reports that the dish was made in honor of the margherita pizza's 126th anniversary:

It was first come, first served for the 30,000 or so visitors to the Expo, with 300 metres of the pizza also destined for the city's Banco Alimentare food bank...

Pizza-lovers hope winning the record will help boost international support for Italy's bid to get the classic dish on the UNESCO cultural heritage list, with pizza associations gathering more than 300,000 signatures so far.

And now I will leave you with the Associated Press' kicker, because it is flawless:

"Slices of long, rectangular pizzas with various toppings are a popular street food in Italy."