This is what a real climate plan looks like: Martin O'Malley's bold approach sets the standard 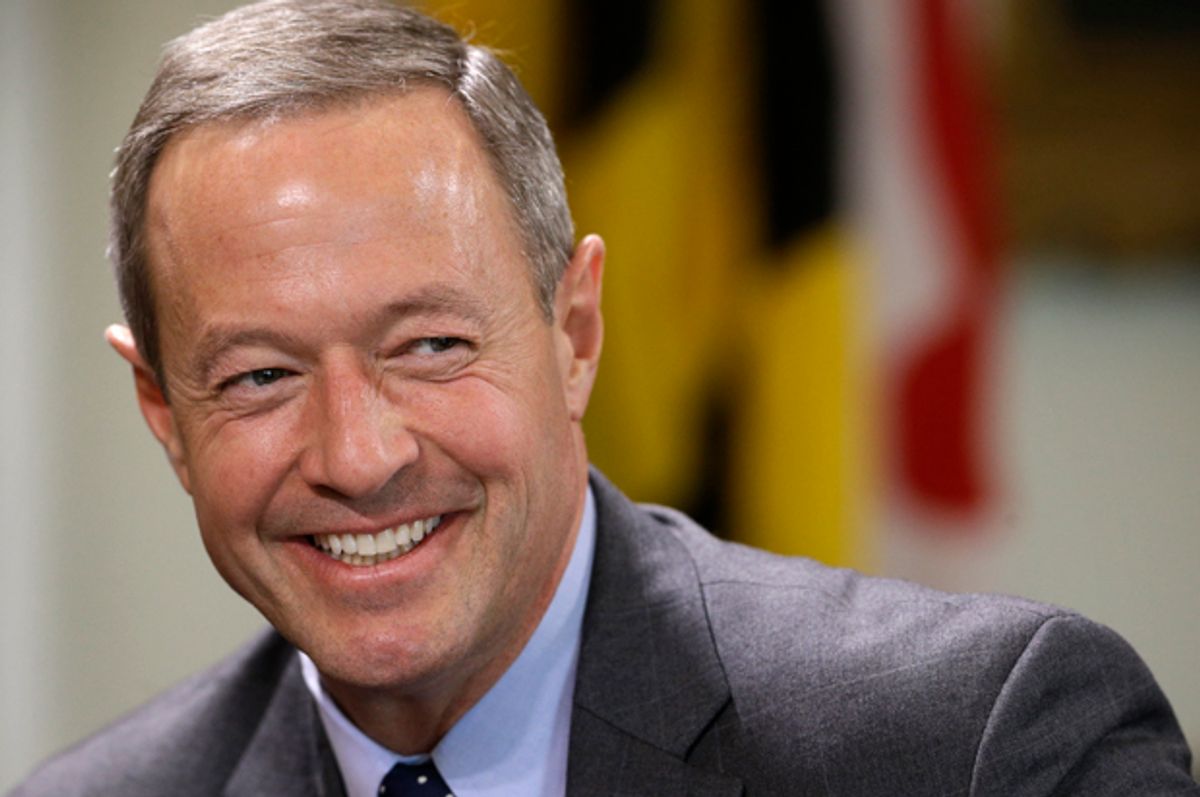 The Pope is a tough act to follow, but Martin O’Malley made a good show of it. Last week, on the same day that the pontiff released his new encyclical calling for a global effort to combat climate change, O’Malley released his own plan for reducing emissions and staving off global climate catastrophe. It’s an aggressive platform that frames the fight against climate change as a moral imperative, rather than simply a question of science and economics, and in an op-ed for USA Today, the former governor of Maryland said that climate change “is at the center of my campaign for president.”

Well hot damn, Martin. As the Huffington Post’s Kate Sheppard notes, the O’Malley plan sets a very high standard for other Democratic candidates to meet. He directly rejects the “all of the above” energy policy favored by the White House (and quite a few Republicans) and instead calls for an end to the use of fossil fuels within the next 35 years. In keeping with the framing of climate change as a moral issue, O’Malley makes a point that “ending fossil fuel use is a public health imperative, and would extend the lives of 200,000 Americans each year.” He also says outright that he’d reject approval for the Keystone XL pipeline.

O’Malley has long been a hawk on climate change, and this platform is in keeping with his record. Much of what he’s laid out in this document is meant to emphasize that he is very much to the left of Hillary Clinton on the issue. The last time Hillary ran for president, she toured through Appalachia talking up the benefits of “clean coal” as part of her last-ditch effort to steal the nomination from Barack Obama. This time around she’s been a bit cagier on climate policy, though just recently she came out in favor of tweaking the Renewable Fuel Standard to get more biofuels onto the market. By laying down a clear and ambitious goal for climate policy, O’Malley is injecting some clarity into the climate change debate and giving environmental activists something to rally around. He’s also undoubtedly trying to steal some of the enthusiasm surrounding Bernie Sanders, a darling of the environmental movement.

O’Malley’s climate change strategy gets to the aggravating paradox at the heart of the climate change policy debate: the urgency of the matter and the high cost of inaction require an aggressive response, but the aggressiveness of the response lessens its political viability. So the harder you try to get something meaningful done, the less likely you are to actually do anything.

The reason for this is that Congress is an awful and dysfunctional place populated with various flavors of numskull. The party currently in control of both houses refuses to even acknowledge that the problem exists, even as the world’s scientists and the freaking Pope tell them that gleefully pumping carbon into the atmosphere is going to cause a lot of problems and kill a lot of people. The current Republican chair of the Senate’s Environment and Public Works Committee cites “biblical evidence” to prove that climate change is a hoax. One of the 2016 Republican presidential candidates lovingly held aloft a giant lump of coal as he announced to the country that he was running for the White House. You’re not going to find much success on climate policy with today’s Republican Party either controlling Congress or having sufficient numbers in the Senate to drown legislation in procedural muck.

But while rigidly enforced ignorance on the part of the GOP is a big part of the climate policy morass, it’s not the only contributing factor. Democrats have killed climate change bills through timidity and special-interest pressure. Back in 2009, when the party had controlled the House and had a filibuster-proof majority in the Senate, it threw away what was its last, best opportunity to pass meaningful climate legislation. Democrats in the House managed to pass a cap-and-trade bill by a razor-thin margin, with a large portion of their own caucus voting no. The bill went to the Senate, where it languished because of opposition from moderate Democrats from oil and coal states who were terrified that their constituents would visit wrath upon them for supporting environmental legislation. (Many of those same senators either retired or were voted out anyway, so LOL.)

So Congress is a basically a roaring trash fire when it comes to the climate (and pretty much everything else). O’Malley recognizes this and tailored his plan largely around what he could do on his own as president to affect climate policy – retrofitting government buildings to meet higher efficiency standards, zeroing out emissions for the government’s fleet of vehicles, instructing the Environmental Protection Agency to devise new and tougher emissions standards, and various other measures.

But that’s looking far down the line at what is, at the moment, an unlikely O’Malley presidency. The more immediate impact will be political. O’Malley has come right out and said that he’s running for president primarily because he recognizes the dire and immediate need to drastically change U.S. energy policy as part of a global effort to ameliorate, if not prevent, a looming disaster. If he can get the other Democrats to campaign on those terms, so much the better.