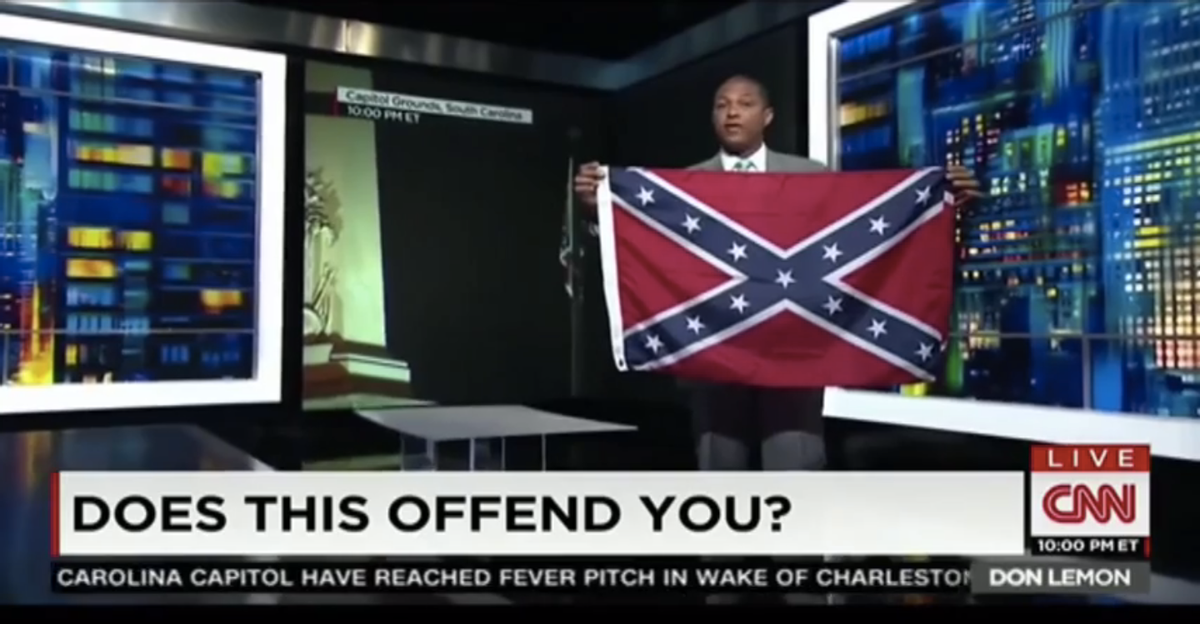 Don Lemon is one of the only news anchors who unapologetically plays the same dopey character day in and day out, even when his entire viewership is aggressively shouting, "Stop! Please! We can't take it anymore!" So, like, good for him, I guess.

On Monday evening, Lemon attempted to comment on South Carolina Gov. Nikki Haley's call for the removal of the Confederate flag from the state capitol, as well as President Barack Obama's use of the n-word on "WTF with Marc Maron," all in one thoroughly tasteless segment.

First, he held up a confederate flag and then a sign with the n-word in big block letters and asked each time: "Does this offend you?"

Yes, the idea that a theoretically respected national news anchor would use the murder of nine people and the ensuing conversation about racism in America to make his own gratuitous, self-promotional meme is pretty offensive.

Luckily, Twitter (namely, @darth) was ready with the comeback: