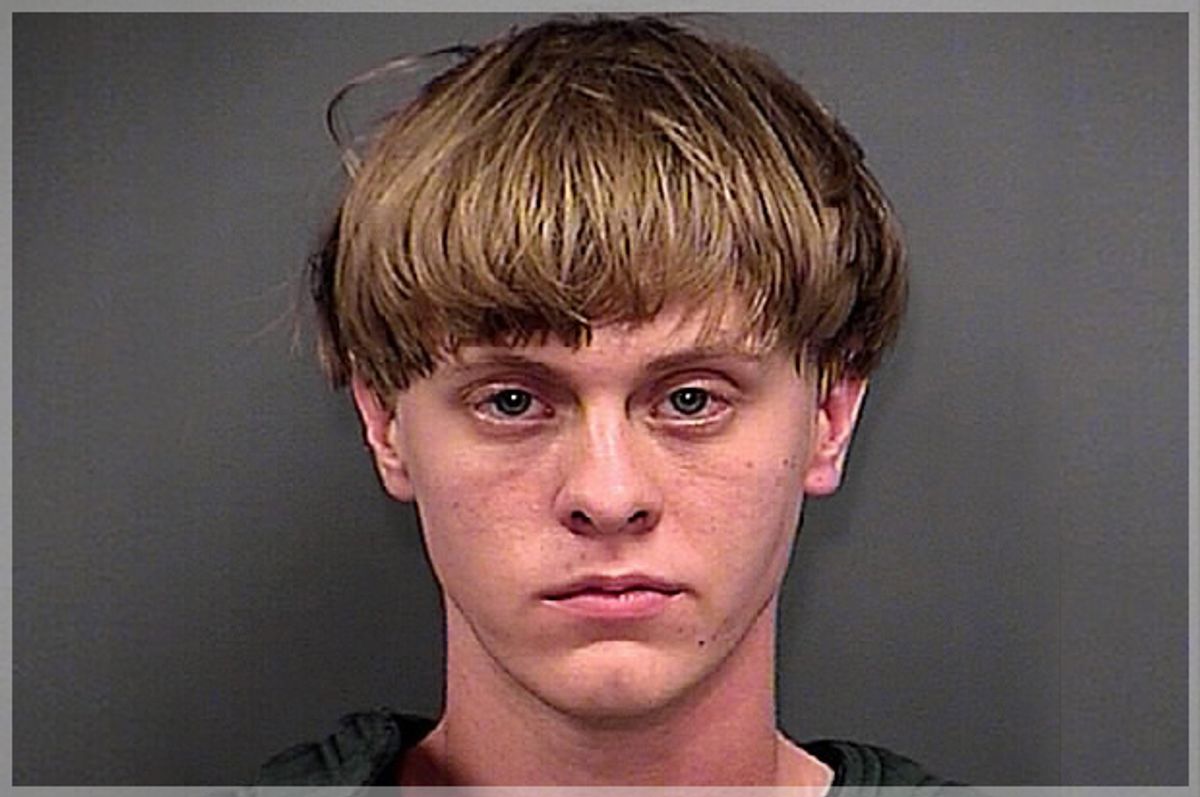 The manifestoes of madmen are not typically reliable places to find insight into contemporary politics or society: These people are often too extreme and isolated to be anything but self-made, for the most part. But sometimes, the nakedly violent and insane stuff sits right next to more quietly vile things we’re used to hearing in gentler tones. And that’s what’s fascinating and disturbing about Dylann Roof’s rant about politics, race and violence: Half of it is nuts, and about half of it could come from a more-or-less mainstream racist politician of the Jesse Helms or Lee Atwater school.

It gives the lie to the ruling conservative meme that Roof was just a loan wacko with no affinities with the white-militia movement that the respectable right has tried to keep offstage. It also shows how the accused killer of nine in a Charleston church has roots in weird ideas that are part of even the think-tank culture of the right: Roof’s manifesto is a kind of distorted, funhouse-mirror reflection of Tea Party-era conservative white America's core beliefs, and it shares the ahistorical way many conservatives deal with race.

To be clear: Not every conservative, nor even every Southern white conservative, is a racist — not even close. But let’s look closely at what this man is arguing and spot the disturbing parallels. If we leave aside his paranoid take on Jews (“they network”) and Hispanics (“obviously a huge problems for Americans”), and his various illogical corkscrews, he seems to be laying out at least six key ideas that helped motivate his actions:

1. Trayvon Martin was a dangerous thug and George Zimmerman was right to kill him.

Roof writes that from the Wikipedia entry on the shooting,“It was obvious that Zimmerman was in the right.”

2. Law and order in this country is threatened by dangerous, murderous blacks.

“The first website I came to was the Council of Conservative Citizens. There were pages upon pages of these brutal black on White murders.”

3. Blacks are obsessed with race; they won’t stop talking about it.

“Black people view everything through a racial lense. Thats what racial awareness is, its viewing everything that happens through a racial lense. They are always thinking about the fact that they are black. This is part of the reason they get offended so easily, and think that some thing are intended to be racist towards them, even when a White person wouldnt be thinking about race.”

“I have read hundreds of slaves narratives from my state. And almost all of them were positive. One sticks out in my mind where an old ex-slave recounted how the day his mistress died was one of the saddest days of his life.”

5. Segregation was not so bad, either.

“Segregation was not a bad thing. It was a defensive measure. Segregation did not exist to hold back negroes.”

“Anyone who thinks that White and black people look as different as we do on the outside, but are somehow magically the same on the inside, is delusional. How could our faces, skin, hair, and body structure all be different, but our brains be exactly the same? This is the nonsense we are led to believe,” he writes. “Negroes have lower Iqs, lower impulse control, and higher testosterone levels in generals. These three things alone are a recipe for violent behavior. If a scientist publishes a paper on the differences between the races in Western Europe or Americans, he can expect to lose his job.”

Now, just about all of this stuff sounds pretty extreme when coming from Dylann Roof, who stands accused of heinous crimes to which he has reportedly confessed. But they’ve all, in some form or another, been heard in establishment or mainstream parts of the U.S. conservative movement. The George Zimmerman defense, which was supported by many conservative talking heads, has its roots in the larger “blacks threaten law and order” belief, an outgrowth of the GOP Southern strategy that dominated Republican politics for decades — the patrician George H.W. Bush (with Atwater’s help) struck gold there with his Willie Horton ad.

So fast-forward to now, and Roof's belief that black people are obsessed with race and won't stop talking about it. A survey of millennials by MTV last year revealed that while millennials often lack the vocabulary to discuss race in a productive manner, 48 percent of white responders agreed with the statement that "discrimination against White people has become as big a problem as discrimination against racial minority groups," and 41 percent say that the government pays "too much attention to the problems of racial minority groups," presumably because they won't just forget about the many structural injustices they face. Most telling, though, is that about half of the survey respondents "believe it is wrong to draw attention to someone’s race even if you are being positive." Just stop talking about it, and maybe the problems will go away? Demand government officials and employees be held accountable for racist actions, be branded a "sensationalist" and a "race-baiter"?

The slavery-was-not-so-bad idea, which is the premise of “Gone With the Wind,” has been a mainstay of the sentimental brand of Southern “Lost Cause” culture for a very long time. Bring-back-segregation was uttered by Southern racist politicians, from Strom Thurmond to Trent Lott, who was Senate majority leader – one of the most powerful people in Washington – until he praised segregation a bit too publicly. And so on.

The blacks-are-intellectually-inferior meme goes way back, of course, but was still considered a legitimate enough insight to bring Charles Murray, who is still active and influential, a substantial career as an intellectual of the think-tank right after his book “The Bell Curve.”

Some commentators have pointed out how Rachel Dolezal’s oddball reasoning for her reverse-passing made a queasy echo of some of the worst notions and phrases (empowerment!) of the academic/ postmodern left. And they were at least part right. It will be hard to hear some of that flabby, imprecise theory again. Roof shows a similar process — in much nastier and deadly form, of course — from the white-nationalist right. This is not a guy who made it all up himself.

And how about his larger ahistorical read of the American present? It's true there are a lot of black Americans who are poor, who live in rough areas and do what people in rough areas do, and whose nuclear families are incomplete. Funny how it happens when you throw a group of people in chains, toss them in the hold of a ship, shatter families, beat them until they work and don’t let them own anything, keep them from voting or owning land or going to good schools even after they are free. Economic inequality, a result of institutional racism, is the legacy of the work of legal slavery and of the legal segregation that followed.

Roof, perhaps, is not smart enough to grasp this. But what’s disturbing is the way some of his rancid ideas have been floating in and out of political discourse for decades and longer — and they won’t necessarily die with his ugly manifesto.