It involved a coffin 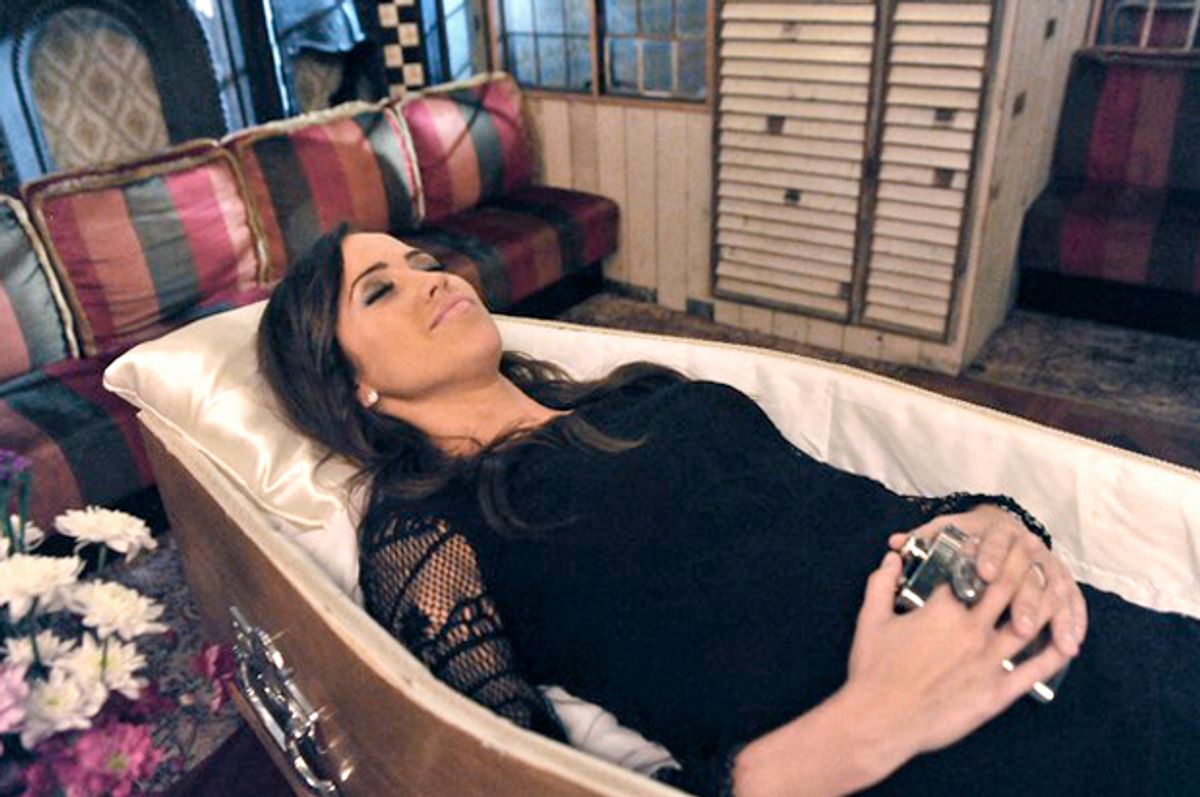 The dates on "The Bachelorette" are exponentially worse than the dates on "The Bachelor." Last season, farmer Chris Soules got to crash weddings and have steamy makeouts in hot air balloons. This season, Bachelorette-with-unclear-job-title Kaitlyn Bristowe got trapped in a terrifying pitch-black room full of live snakes and had to watch a bunch of doofuses teach a sex-ed class to grade-schoolers (seriously, how is that legal?)

But by far the weirdest date went down last night, when the contestants traveled to Dublin to participate in a faux "Irish Wake" for Kaitlyn. Because Ireland, get it?!

After Chris Harrison broke the news that “the worst has happened, Kaitlyn is dead" (ha ha, good joke!), the guys had to deliver eulogies to their date as she lay, giggling, in a casket. If the past five episodes of this bizarro season haven't already convinced you that romance is dead, this was truly the final nail in the coffin (feel free to steal that line, Harrison!)