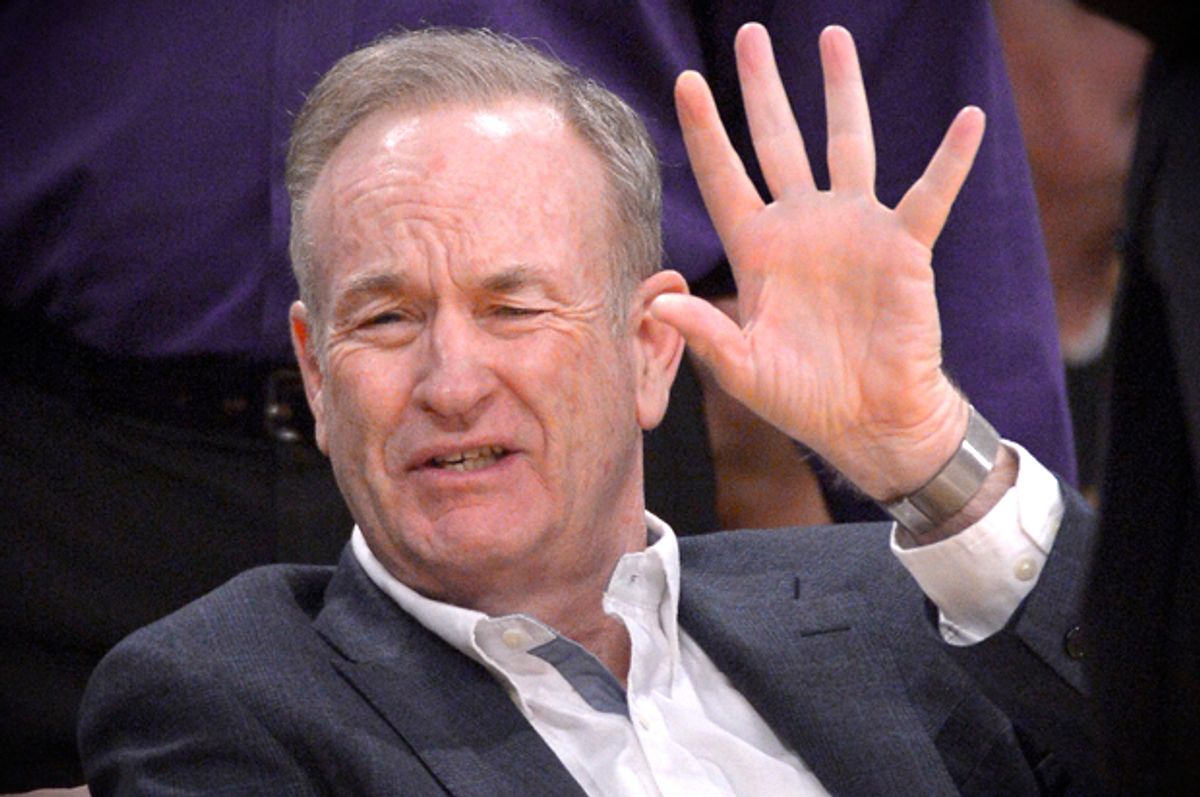 Fox News bloviator Bill O'Reilly keeps insisting that America has no problem with racism and with an increased scrutiny on the symbolism of the Confederate Flag, he's gone into an even deeper defensive crouch.

During his show last night, O'Reilly took issue with Americans who insist on addressing institutional racism, arguing that America suffers from no endemic of racism.

"The world is being told by anti-American haters that we are a rank, racist society, and that is a lie," O'Reilly yelled to Fox News contributor Kirsten Powers.

When Powers mentioned that the U.S. has a legacy of slavery, O'Reilly retorted, "So what?"

O'Reilly yelled, "You can't have a perfect world!"

O'Reilly argued slavery was merely a "historical injustice that the country is trying to make up for" through affirmative action and "fast-track" entitlements for African-Americans.

O'Reilly quickly lost it when Powers argued that racism in America is more widespread than O'Reilly's assertion and the debate quickly devolved with Powers repeatedly asking O'Reilly, "How many black friends do you have?"