Dylann Roof may have been regular commenter on neo-Nazi website 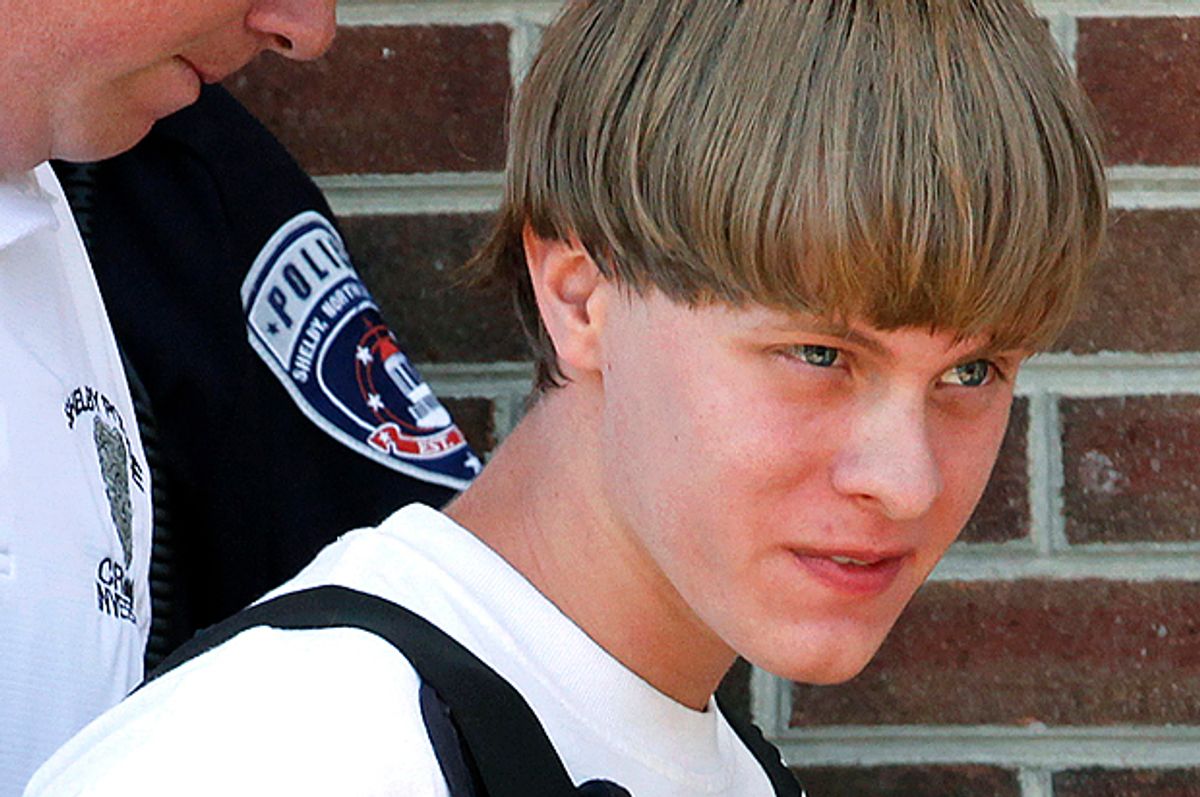 It appears that the Charleston church shooter Dylann Roof may have been even more immersed in the online white supremacist movement than previously thought.

In an attempt to verify the authenticity of a manifesto that was uncovered Saturday morning on “The Last Rhodesian,” a website owned by Roof, Hatewatch ran the document’s full text through Grammarly, a piece of software with plagiarism detection capabilities.

Despite the fact that only 2% of the document was identified as “unoriginal” by the software, a key 18-word passage in the section labeled “Blacks” bemoaning the alleged appropriation of white culture by the rest of the world, was identified as almost identical to a comment left on an article titled“Former Swedish PM Fredrik Reinfeldt: Sweden Belongs to the Hordes, Not the “Uninteresting” Ethnic Swedes” by the user “AryanBlood1488” at The Daily Stormer.

The Daily Stormer is a neo-Nazi website run by Andrew Anglin that both generates original content and aggregates articles from other white supremacist sites across the Internet. Its comment section is much less moderated than its peer sites and hosts a diverse community of white supremacists from across the extremist spectrum.

In his alleged manifesto, Roof writes, “I mean that our culture has been adopted by everyone in the world. This makes us feel as though our culture isnt [sic] special or unique.”

“I have serious, great respect for the CofCC because they are the ones who woke me up to black on white crime in the beginning,” write “AryanBlood1488.” “It was the first site I went to the day that changed my life, the day I decided to type in “black on white crime” into Google.”

Promoting this narrative of “black on white crime” has long been the sole purpose of the CCC’s website, run by Kyle Rogers.

In his alleged manifesto, Roof recounts a similar path of radicalization after becoming fascinated by the high-profile killing of Trayvon Martin. Rogers’s coverage of Martin’s tragic death for the CCC’s website resulted in over 170,000 unique visits to the site in a single day.

“The event that truly awakened me was the Trayvon Martin case. I kept hearing and seeing his name, and eventually I decided to look him up. I read the Wikipedia article and right away I was unable to understand what the big deal was. It was obvious that Zimmerman was in the right. But more importantly this prompted me to type in the words “black on White crime” into Google, and I have never been the same since that day. The first website I came to was the Council of Conservative Citizens. There were pages upon pages of these brutal black on White murders. I was in disbelief.”

Now it appears that the CCC’s website may have just been Roof’s first radical step before progressing to more hardline sites like the Daily Stormer.

Other comments from “AryanBlood1488” match the ideological sentiments expressed in Roof’s alleged manifesto where he takes an uncommon ideological position within the spectrum of anti-Semitism: that Jews are white.

“Unlike many White nationalists, I am of the opinion that the majority of American and European jews are White,” reads the manifesto. “In my opinion the issues with jews is not their blood, but their identity. I think that if we could somehow destroy the jewish identity, then they wouldn’t cause much of a problem. The problem is that Jews look White, and in many cases are White, yet they see themselves as minorities.”

“The vast majority of European and American Jews are white,” writes “AryanBlood1488.” “I really get sick and tired of reading these absolutely stupid idiotic comments on here saying how Jews have a biological drive to destroy or are a biological parasite, so on and so forth. It’s just so stupid. The Jewish Identity is the problem. If you could destroy their identity and raise them as white, there would be no issue. The problem is that they identify as something “other” but are actually white, and therefore able to infiltrate and subvert. Obviously not all Jews are white, especially many of the Israeli ones, but the majority of European and American ones are white.”

In September of last year, “AryanBlood1488” took to an article on the Daily Stormer titled “James Woods Says Memphis Beating was a Hate Crime, Jew Says Whites Can’t be Victims of Racism” to bemoan the fact that “White people are not allowed to defend themselves.”

“If you do defend yourselves, then you are automatically the aggressor, and may get charged with a hate crime yourself, even though you were defending yourself from a hate crime. Its [sic] pretty sick stuff,” writes “AryanBlood1488.”

In what could retrospectively mark a disturbing moment of foreshadowing, “AryanBlood1488” concludes with the assertion that, “one of white people [sic] strengths is that we dont [sic] see ourselves as victims like all the other races.”