Horner, 61, Oscar-winning composer of "Titanic," "Braveheart" and "Field of Dreams," died Monday in a plane crash 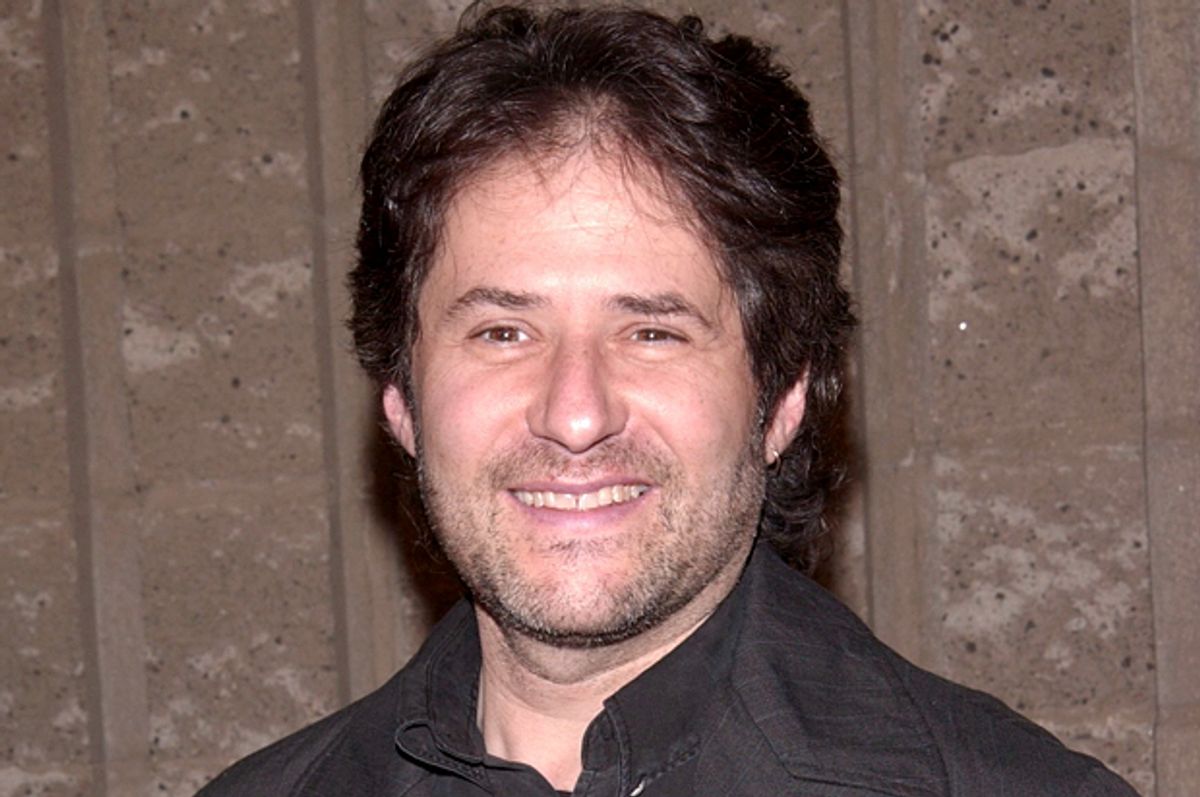 After a day of unconfirmed speculation, it's been confirmed that Oscar-winning composer James Horner, best known for the music behind “Titanic,” died in a private plane crash on Monday. His representatives at the Gorfaine/Schwartz Agency confirmed that Horner was the pilot in a fatal plane crash north of Santa Barbara, adding, "A shining light has been extinguished, which can never be replaced."

Horner's passing marks the loss of one of the foremost film composers of his generation—an artist who provided the score to some of the most popular and beloved films of an era, including “Titanic,” “Braveheart,” “Star Trek II: The Wrath Of Khan,” “Field Of Dreams,” “Aliens,” and “Apollo 13.” The list goes on and on; it is a disservice to Horner to leave off the extraordinary work he did on children’s movies, like “The Land Before Time,” “An American Tail,” and “Balto”; epics like “Legends Of The Fall,” “Avatar,” and “Glory”; and even the CBS evening news theme music. It’s safe to say that his work on many of these films elevated the caliber of the films themselves; undoubtedly, his ability to communicate the emotional resonance of these stories became a fundamental part of the audience’s cinematic experience.

This bore out most in Horner’s original score for “Titanic,” which garnered him his two Oscars—best original dramatic score and best original song (the iconic “My Heart Will Go On,” performed by Celine Dion). Audiences loved the film, which was perhaps to be expected; their affection for the soundtrack came out of nowhere. The album stayed at the top of the Billboard charts for a record-breaking 16 weeks (and made Horner a millionaire, all by itself). Horner was already a recognized composer, but “Titanic” cemented his reputation as a film scorer who could cut through the glitz of big-budget filmmaking to reach, and pull on, the audience’s heartstrings.

The best term to describe Horner’s body of work is probably “sweeping”—the composer’s background and original goal was classical music, and most of his scores have a strong orchestral influence, especially on the strings side. Composer John Williams—famous for “Star Wars” and “Jaws”—has a distinctively brassier sound, while Hans Zimmer, whose heyday came after Horner’s, opted for sound with more (at times, too much more) punch. Horner’s scores, by comparison, were decidedly romantic—earnest, searching, emotional. In the late 1980s and early 1990s, Horner’s scores were the ones to beat— the lost, haunted score to “Field Of Dreams” (1989), the Gaelic-tinged schmaltziness of “Titanic” (1997), and the entirely Gaelic pipes of “Braveheart” (1995) communicated the longing that audiences felt in those films.

Horner’s work on “Braveheart,” his soundtrack I’m most familiar with, might well be what saves that film from utter schlock (if anything could). With Horner’s strings, Mel Gibson’s questionably self-righteous hero epic becomes a long, gorgeous love letter to a past that never quite existed; a dream of heroism that isn’t really within our grasp. Horner felt comfortable borrowing from traditional Scottish and Irish music for his score, and the result is an astonishing hybrid of sounds—choral, tribal, and orchestral. As with most of his scores, it’s rife with different motifs—the princess’ theme, the call to battle, the rumblings of suspense, and the repeated attempts to create some kind of glory out of what is unmitigated defeat. His track titled “For The Love Of A Princess” never actually made it into the film, but it is Horner at his finest—starting from one warbling pipe playing the theme, to the entire London Symphony Orchestra pouring their heart and soul into that haunting and familiar refrain. (The track has had a long afterlife in film trailers, including, most notably, “Cast Away”’s.)

Horner’s career is a monument to the emotional resonance of film; his deliverance of sentiment rarely if ever felt contrived, and if it was sometimes cheesy after the fact, it almost never was in the moment. He was a truly earnest composer who believed in music’s power to bring the listener through an emotional arc—and he quite by accident stumbled on film as his chosen vehicle.

Film scores are the closest most Americans get to orchestral music in their entire lives, and the background nature of music in cinema means that sometimes, it’s possible to overlook the effect the score can have on the story. Horner was one of those composers that made his audience hear the music—and through that, feel the story. It is no surprise that his films are beloved, even they are not necessarily critical masterpieces; his was music that inspired adoration, immersion, and the joyous wave of sentiment.

Nearly every article on Horner today has quoted an interview with him in the Los Angeles Times in 2009—and though I would love to offer something different, in this case, the quote is just too perfect. He told the paper:

My job — and it’s something I discuss with Jim [Cameron] all the time — is to make sure at every turn of the film it’s something the audience can feel with their heart... When we lose a character, when somebody wins, when somebody loses, when someone disappears — at all times I’m keeping track, constantly, of what the heart is supposed to be feeling. That is my primary role.

By the end of the 1990s—as inevitably happens with any trendsetter—Horner’s style became the one to move away from. The composer still had cachet, but audiences that grew up hearing their parents listen to “My Heart Will Go On” looked elsewhere for their movie scores. In a sense, though, that shift cements Horner’s legacy: His music so defined an era, a way of feeling, that it had to be left behind—along with the wreck of the Titanic, William Wallace’s confused legacy, and a dream of a baseball field somewhere in the corn.