For a second there, it looked like Trump might not make his campaign official — and Stewart didn't know how to cope 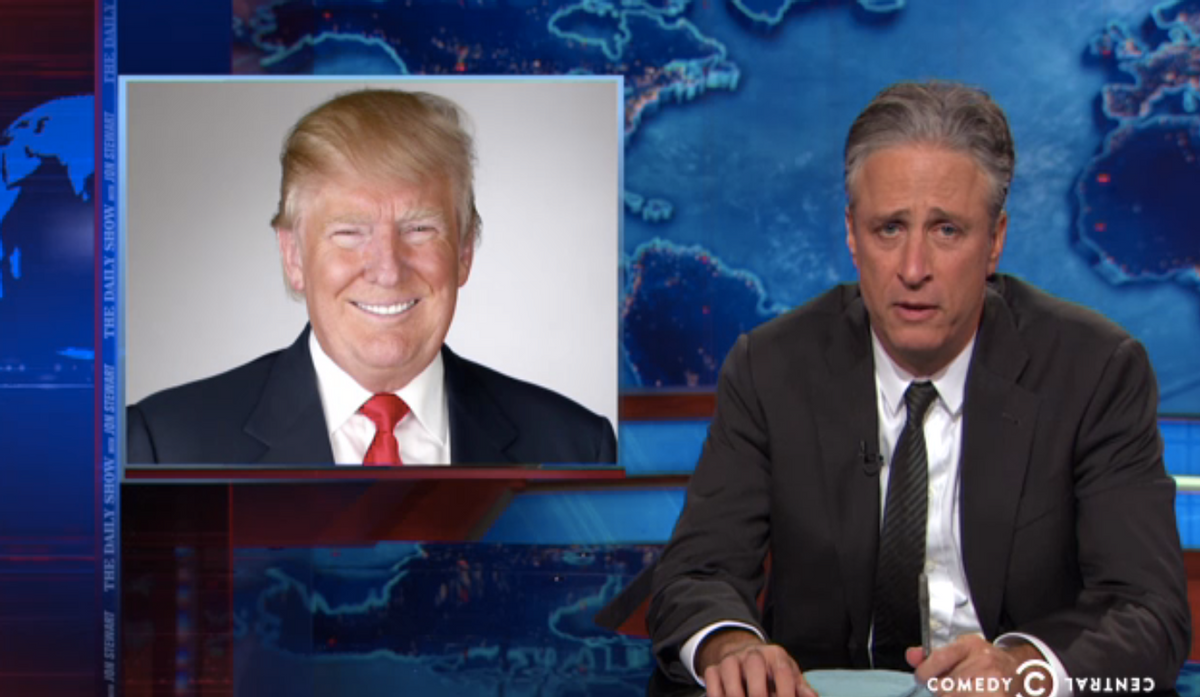 These days, it seems like Trump 2016 is the only thing keeping Jon Stewart's mind off his inevitably heartwrenching departure from "The Daily Show." Consequently, news circulating this week that Trump — “the only presidential candidate ever who looks like the back of a shar pei brought to life by an enchanted wig" — hadn't actually filed with the Federal Election Commission and made his candidacy official, left Stewart feeling gloomy as hell.

"Don't you do this Trump! Don't you take away the only thing I have left," Stewart squealed on Tuesday night's "Daily Show."

"The Daily Show" host was ready to pack up his bags and call it quits before August 3 when, like a voice from up above, Stewart received word that the Trumpinator had, in fact, turned over all of his necessary paperwork to make it official.

At once, Stewart sprung back to life and, just like any other day, began ripping into his cherished "Fuckface Von Clownstick."

“The guy whose idea to save the Middle East was to reconstitute the mercenary armies of old — saddle up, Hessians, we’re going in — that guy finds your ideas absurd -- How does that taste?," Stewart quipped, referencing Fox's Bill O'Reilly's own jab at the mogul for his outlandish comment that Mexicans should just pay for a "Great Wall."