Photographers call Taylor Swift a hypocrite: "How are you any different from Apple?"

In the wake of her letter to Apple about artists deserving to be paid, photographers ask about her own policies 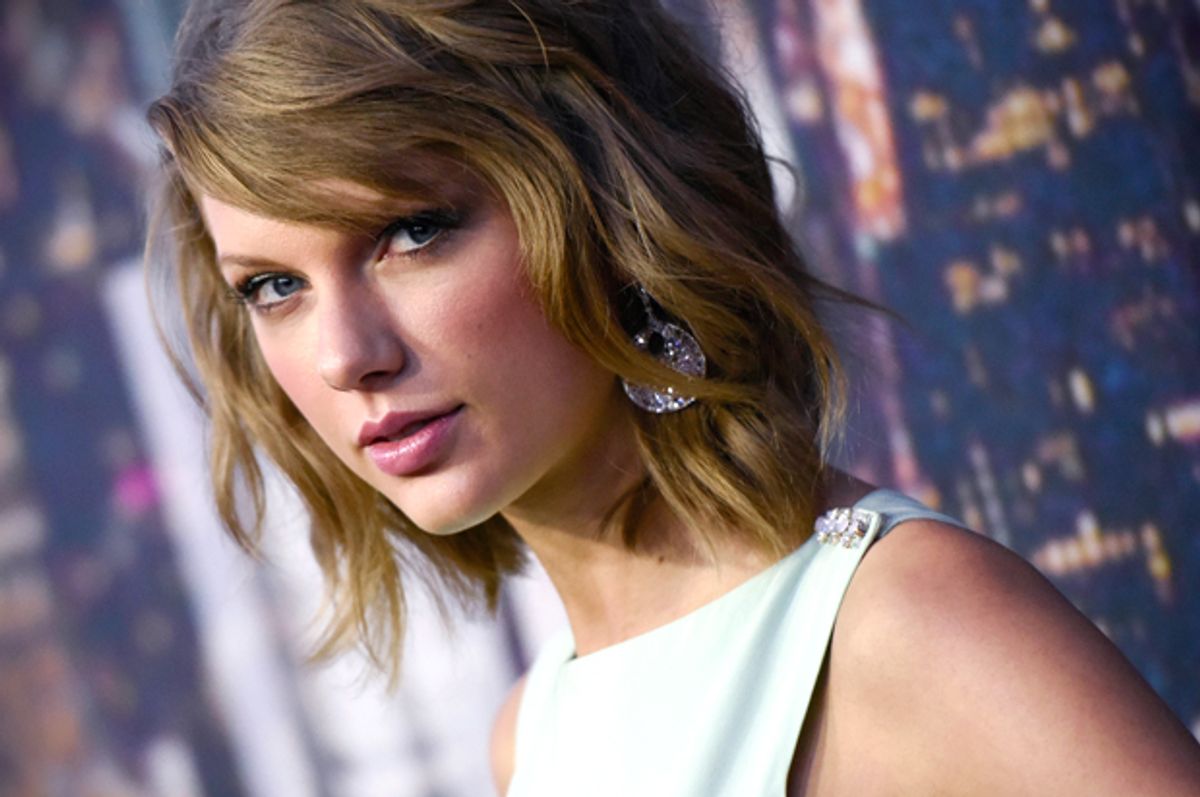 In the wake of Taylor Swift's successful open letter prompting Apple Music to change its royalties policy and compensate artists fairly for their work, some photographers are alleging that Swift is a hypocrite when it comes to compensating the artists who shoot her shows.

Yesterday, British photographer Jason Sheldon posted his own open letter to Swift, along with a copy of the waiver that photographers at Swift’s concerts are supposed to sign, alleging that Swift is guilty of basically the same practice that she accused Apple of (notably, the URL for the piece is "those in glass houses shouldn’t throw stones").

Sheldon explains that the contract limits photographers to one-time use of their images and restricts them from selling or reusing them, allowing them to publish the photographs just once, while it grants Swift and her team “perpetual, worldwide use” of the images, without any further compensation.

As he puts it:

“You say in your letter to Apple that ‘Three months is a long time to go unpaid,’ But you seem happy to restrict us to being paid once, and never being able to earn from our work ever again, while granting you the rights to exploit our work for your benefit for all eternity, How are you any different from Apple? If you don’t like being exploited, that’s great..  make a huge statement about it, and you’ll have my support.  But how about making sure you’re not guilty of the very same tactic before you have a pop at someone else?”

On Twitter, Sheldon shot back, arguing that Swift’s reps had missed the point:

Meanwhile, another photographer, Joel Goodman, shared a newer and even more prohibitive version of Swift’s waiver, which states that not only can the artist not feature the images on his or her own portfolio, but that Swift’s management company “may confiscate and/or destroy the technology or devices that contain the master files of the photographs” if photographers fail to comply with the directives in the waiver.

“This contract is particularly egregious in that it not only contains an all out rights grab on the photographers’ work, whilst limiting their editorial control and ability to earn from that work — and does so without compensation — but because it does so under threat of criminal damage or destruction of property," writes Goodman.

Or, once again, if you prefer your news in the form of visual metaphors from Taylor Swift videos, basically Taylor can pull a “Blank Space” on a photographer’s camera if he fails to comply with her demands.

Basically, it looks like this bad blood is far from over. Swift, we eagerly  await your response.