It wasn't lost -- they just didn't know what it looked like 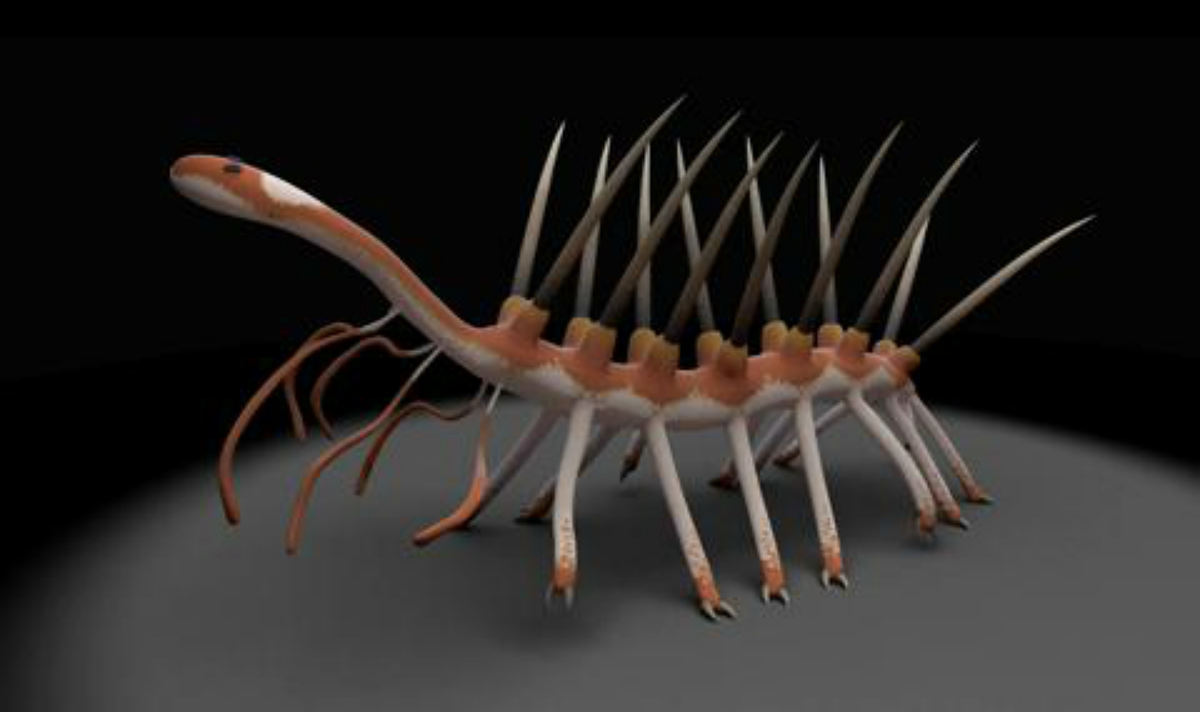 I am very happy I am alive today for a number of reasons: things are better for women, things are better for Jews, I don't have to poo in a hole, etc. But the number one reason I am pleased to be alive is because I can say with reasonable certainty (barring some kind of Jurassic World situation) that I will never have to interact with an Hallucigenia.

The Hallucigenia is a Cambrian Explosion-era worm bug with spikes on its back and tentacles and legs on its front, and even though researchers have been aware of the species for fifty years, they only just figured out where the head was.

"When it was formally described originally, it was actually upside down, with the spikes being mistaken for legs and the legs being mistaken for tentacles on the back," said the University of Cambridge's Martin Smith in an interview with the Washington Post. "Even once we got the right way up, there was a lot of uncertainty about which end was the head and which was the tail."

"When we put it in the electron microscope, we saw not just the pair of eyes, but also this big smile of teeth grinning back at us," said Smith, who is the co-author of the study which was published today in Nature. "That really resolved for all of us not just the position of the head, but all of the detail in that as well."

The scientists think that the back spines were used for defense, but the worm also has a ring of teeth around its mouth and a tooth-lined throat, which were likely used for digestion.

Because of these newly identified features, it’s now possible to imagine how Hallucigeniainteracted with the aquatic world surrounding it, 508 million years ago. "It wouldn’t have had clear vision," Smith says. Hallucigenia lived deep underwater, where light is scarce. It was probably about to make out organisms swimming overheard, and their shadows. "It would have been able to tell day from night," Smith says.

Scientists don’t know what Hallucigenia ate, but the mouthparts hint at a kind of suction mechanism. "The ring of teeth around the mouth were probably involved in sucking water and food into the gut," Smith says, adding that the teeth inside the "throat" area would have kept the food from moving backwards. "It just sucked whatever it could; it wasn’t chewing stuff."

Watch the video below to learn more about this ancient little monster: